Our unexpected stop in Leeds opened the possibility to have an bit of an explore, but the question was how to structure it. 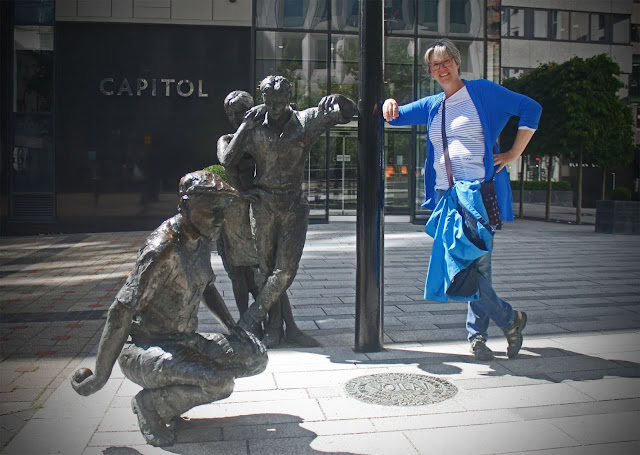 Helen instinctively consulted her friend Google and identified an art trail which, she estimated, would be a mile and a half long. I was a bit doubtful about this distance but figuring the maybe two and  a half miles would be ok, set off camera in hand. 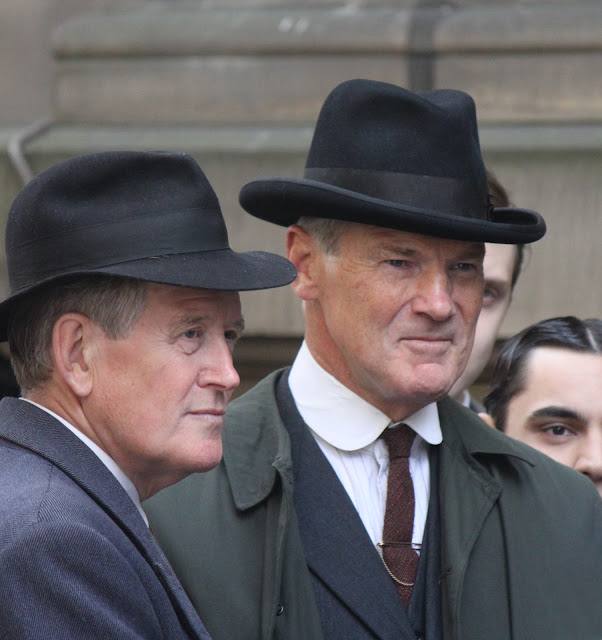 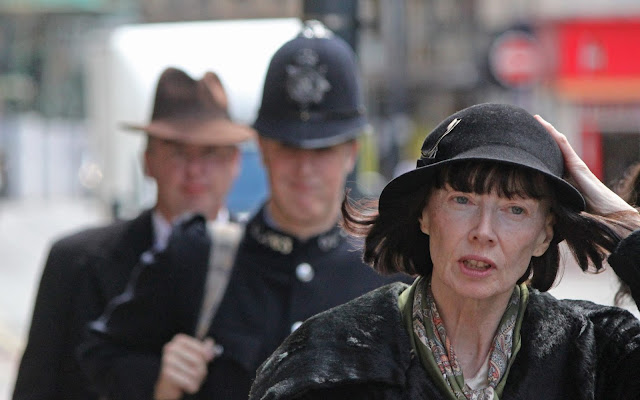 The result was a mixed bag of murals and public sculptures, but with the pedometer nudging five miles my enthusiasm for the task was on the wane. 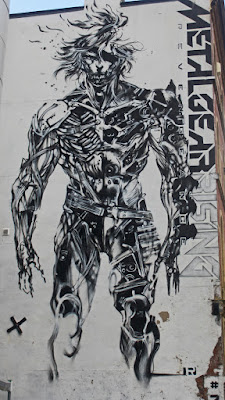 Having created a plan Helen does like to see it through to the bitter end and with my starting to drag my heels, she made a detour to Hotel Chocolat to seek the reviving properties of a Hot Chocolate and a slice of cake. My energy levels were perked up, but alas my appetite for urban art was sated. Instead we sought out John Lewis to buy new bedding and then into the outdoor market to but a new shopping trolley to replace last years version which is falling apart. 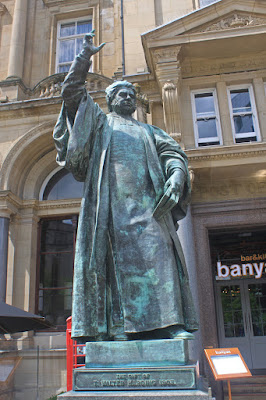 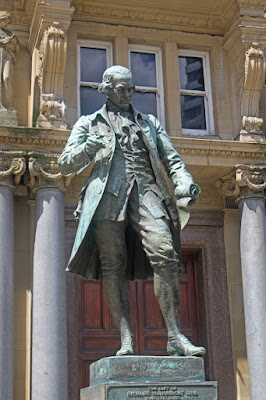 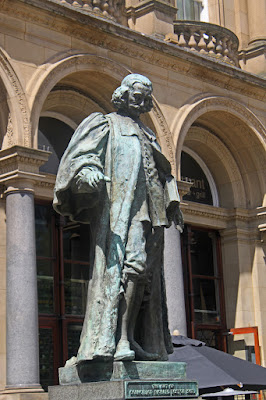 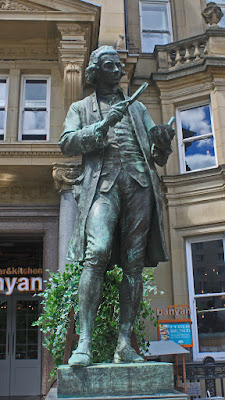 Which one is Dr Hook?

Whilst visiting the outside market we also paid the indoor market a visit and what a Victorian gem it is, reminiscent of Grainger Market in Newcastle, but bigger. 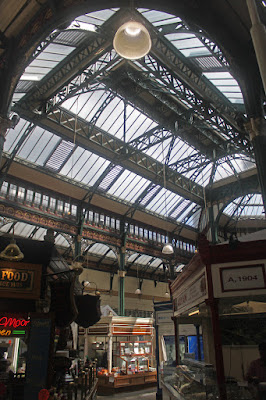 Friday was a day of preparation for the Leeds Waterfront Festival, dusting down the festival paraphernalia which has been lying in the butty for six weeks. Its amazing how clutter builds up and, in the absence of any CRT bins, I made a few low profile visits to the Hilton Hotels rubbish point. Shh - don't tell them cos I'm sure its not really allowed. 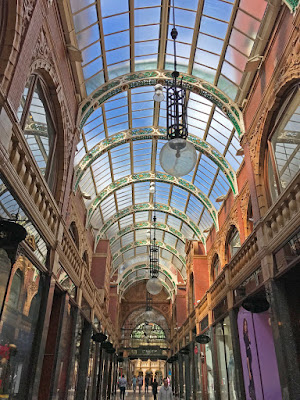 On the subject of facilities, the nearest elsan is below Leeds Dock which is over a mile away. The first time I made use of the facility I wheeled my "container of shame" behind me like an obedient dog but was acutely aware of its contents in a busy urban area. The second visit was both quicker and less ignominious as the container was in a poly bag and strapped to the back of on of the folding bikes. 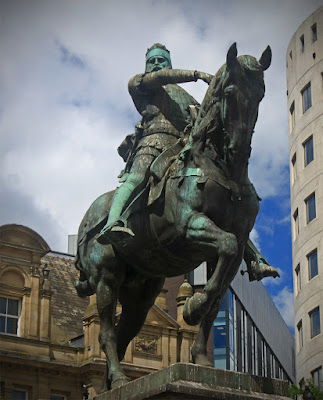 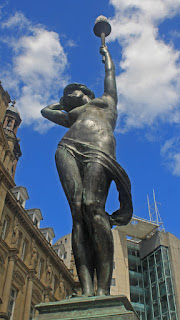 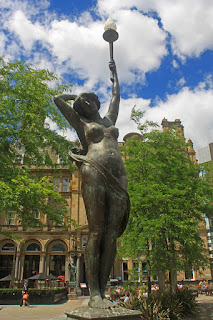 On a more uplifting note we pulled on some posh clothes (relatively) and went to the 13th floor Skybar in the Hilton which is right next to the moorings. The prices were as sky high as the name suggests so we settled for just the one, grabbed a few photos and discovered that I seem to have lost my heads for heights. 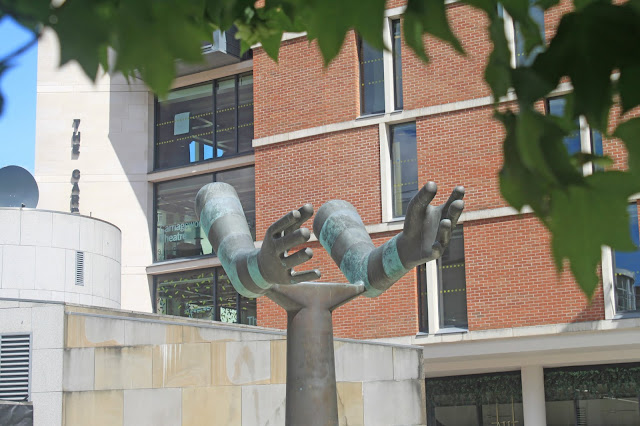 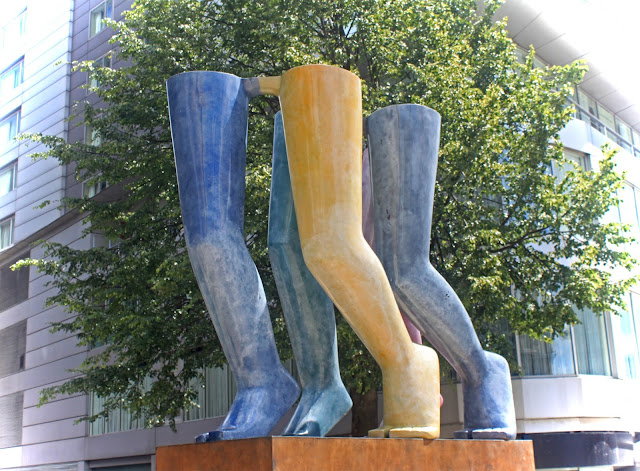 During the evening I looked out at the butty and became convinced that the slight lean of the gazebo was getting stronger and stronger, and, with the boat side legs reaching about 15 degrees went out to investigate. Over the course of the evening the water level was down 2ft. This rapid drop was down to a ground paddle being left partially open and the top gate not being fully seated. I refilled the basin but with the wind gusting around the hotel we decided to take the gazebo down for the night. 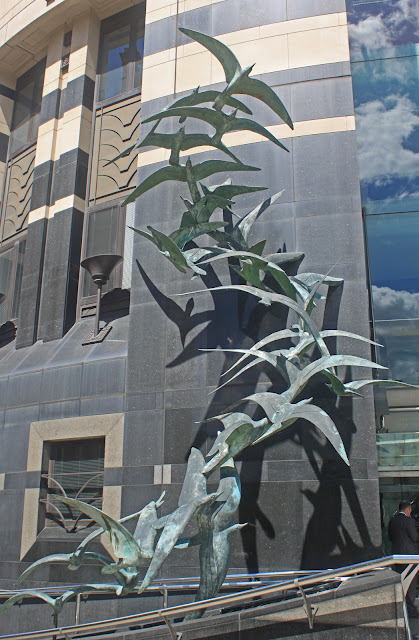 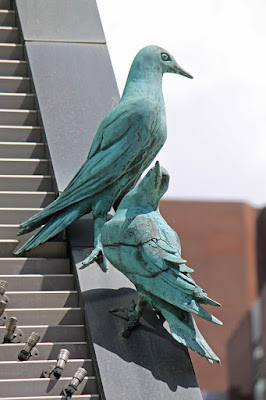 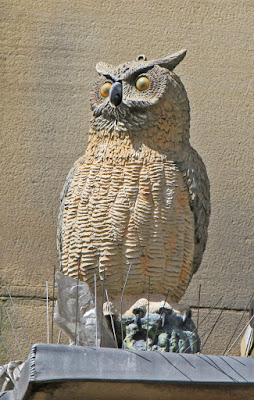 The basin suffers from railway noise but its redeeming feature is the proximity of the Hilton Hotel and Candle House both of which have security, ensures an absence of drunken behaviour which is found in so many city centre moorings. 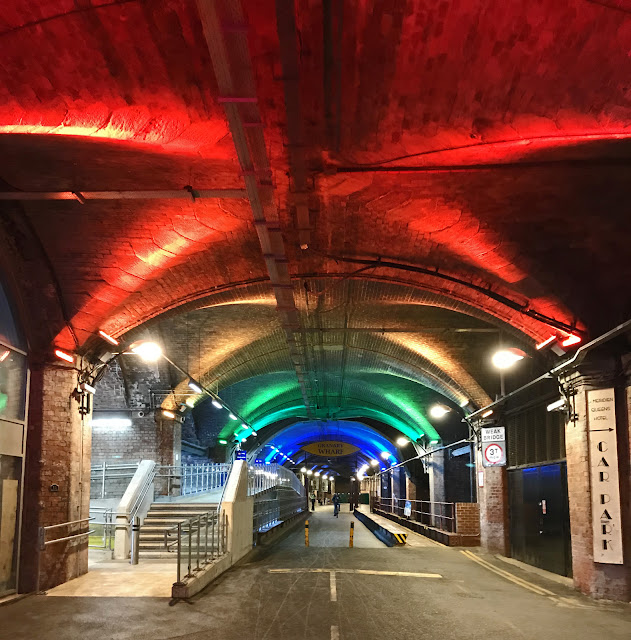 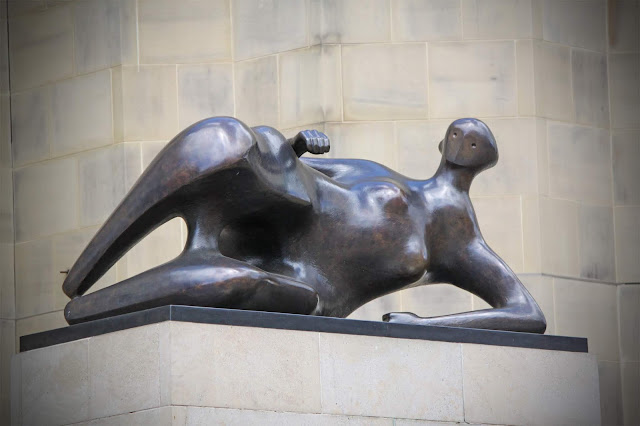 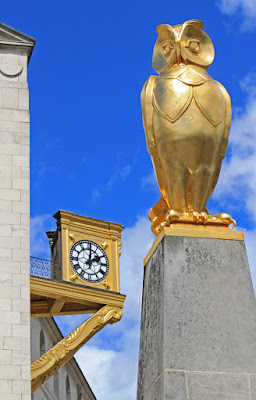 Andy I doubt any of the locals realised you were doing "the walk of shame". But I assume your worry was more of an en-route environmental catastrophe :-)