The Liverpool Link
May 2018

In some ways its hard to know how to approach this post. The new canal entrance to Liverpool is so popular and well reported it is difficult to know to shed any new light on in. Therefore please forgive me if I write this account as if to my older self! 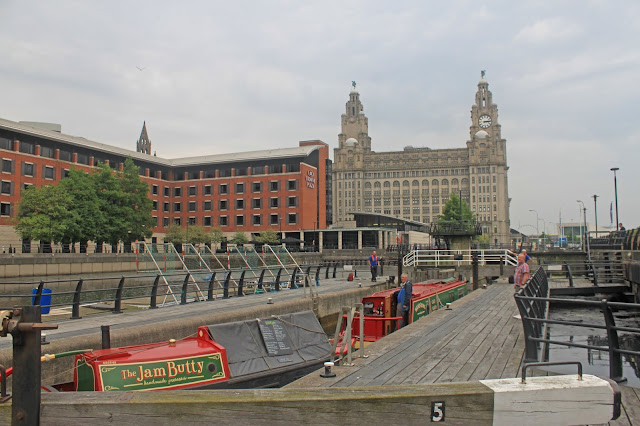 We set off from bridge 10 at Maghull at 8.50am prompt, having already noticed that the boat in front of us, who we had met in Manchester, has left before we woke. It was therefore a bit surprising to arrive at Hancock's Swing Bridge (9) at 9.30am and find them still there, waiting to the bridge to come to life. It turns out that they planned to be through by 7.00am but arrived just too late. 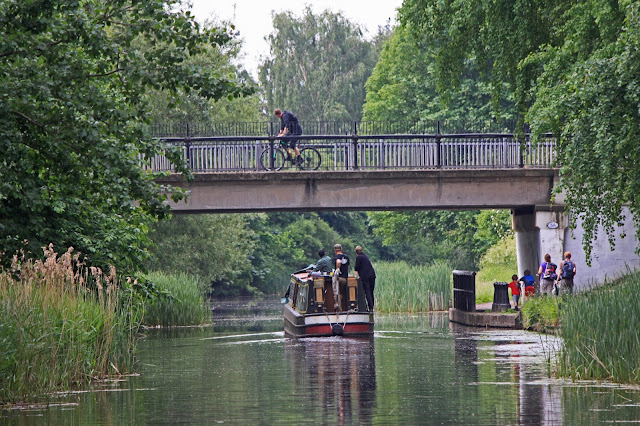 Our travelling companions through Aintree 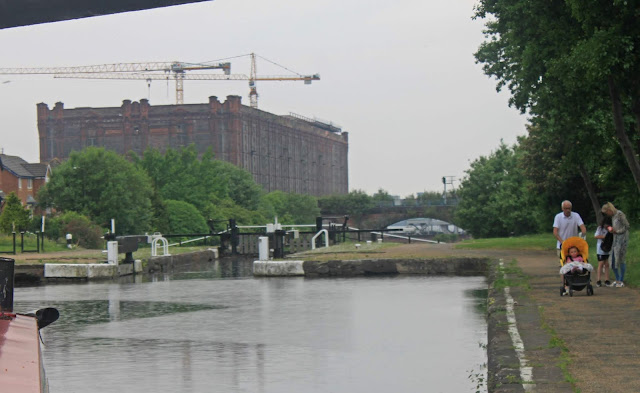 We paused at Litherland Services and whilst I emptied the cassette and filled with water, Helen popped into the adjacent Tesco and bought some food for lunch. Litherland services was buzzing with boats, with outbound craft lining the moorings two deep and as we arrived to boats we had passed in Maghull also arrived behind us, but instead of carrying on were staying overnight and coming into Liverpool on Thursday. 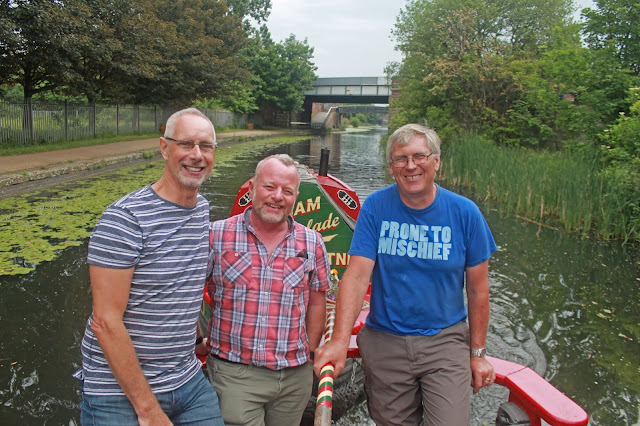 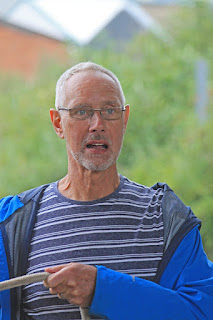 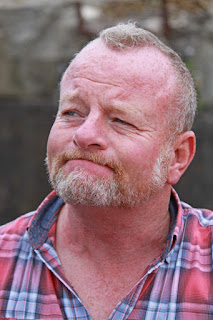 
We were joined by Doug and James (Chance) who had caught a train from Manchester and wanted to share the experience of entering Liverpool by water. With the benefit of company the time flew by and with the exception of a short weed hatch visit (poly bags), we progressed steadily and arrived at the top of Stanley Locks at 2.00pm - sooner than we expected. We were anticipated and what was more, at least on of the lock keeper team was a regular blog reader (I am sorry - I didn't work out who was who). 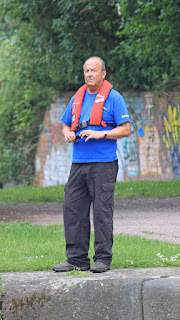 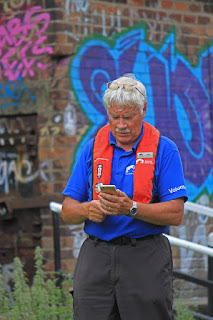 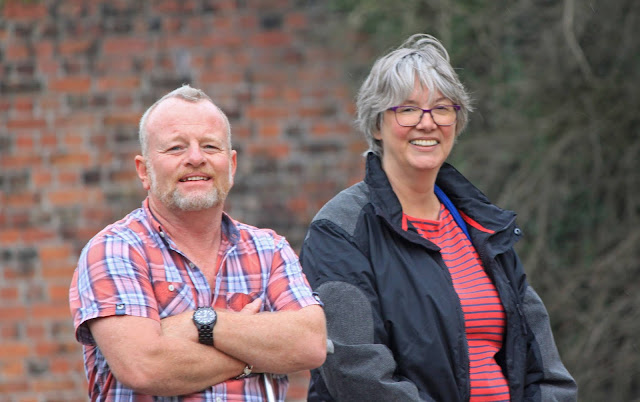 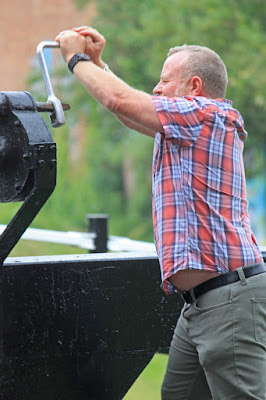 The paddle gear was designed for someone a little taller, I think!

With Doug, James and the CRT team we had loads of help to get us down the locks which, interestingly, are not over long. We could descend quite comfortably but getting out of the bottom gates meant shuffling back and jack knifing the butty and even then there was very little space to spare. 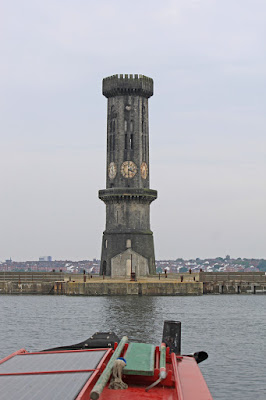 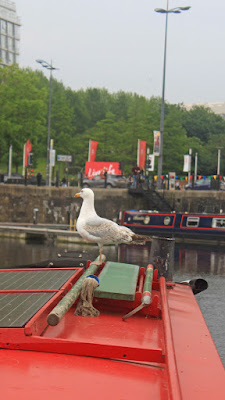 Victoria Clock Tower and a passenger

We entered the docks with the massive tobacco warehouse on our left, a building which is slowly being transformed into residential apartments. Then it was Collingwood Dock and Sailsbury Dock with the impressive Victoria Clock Tower blocking our route into the Mersey.
We had two of the lock keepers with us who were offered, but politely declined, Prosecco refreshment which was being downed with much enthusiasm at the stern. 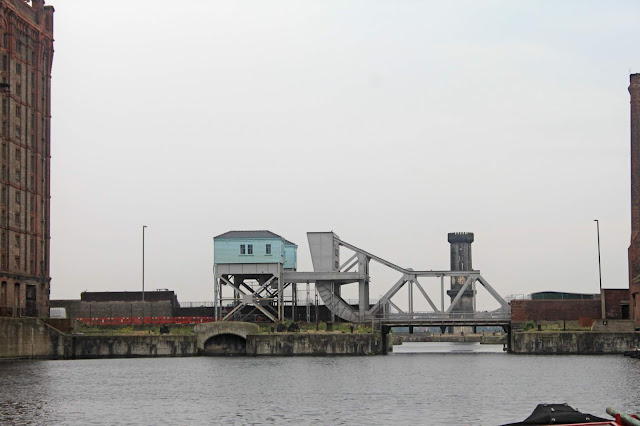 Then it was into Sid's Ditch, a waterway hewn out of the infill at the edge of the old dock wall. Sid was on duty (we were told) but am not aware that we ever met him. Then it was through the central channel where you keep left and then right of the buoys, and so into Princes Dock with the impressive Liver Building offering a great backdrop. 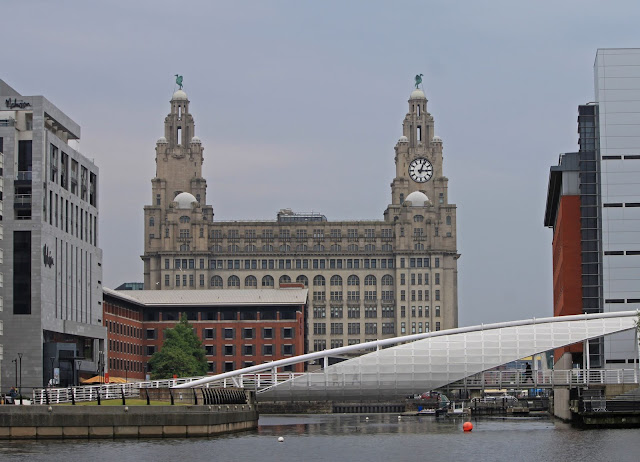 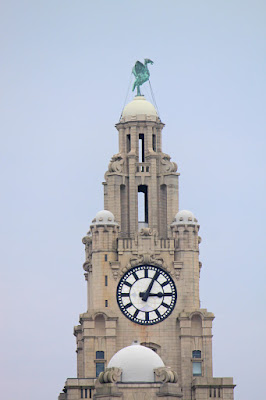 Then it was into the tunnel sections as we passed the massive bulk of the Three Graces - Royal Liver Building, Cunard Building and Port of Liverpool Building. This leads to Mann Island Lock which dropped us maybe 18 inches into Caning Dock and the centre of the tourist zone. Whilst it is half term, it was drizzling and this kept the crowds away and we made our entrance without much of an audience. 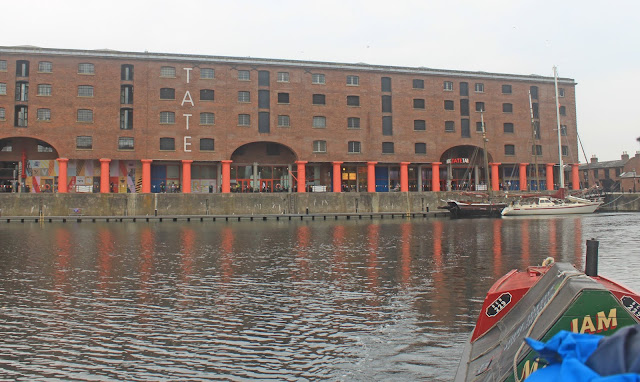 Then its was a right turn after the two Graving Docks into Canning Half Tide Lock and left at the Daniel Adamson into Albert Dock and left again into Salthouse Dock and our mooring on the pontoon in the corner. CRT were aware that we were arriving with a butty and whilst we were classed as one boat through the locks, we had two pontoon berths allocated to us. We put the butty on the shore side and it immediately presented a photo opportunity and there was a constant parade of photographers arriving to get an image of the "cute little butty". 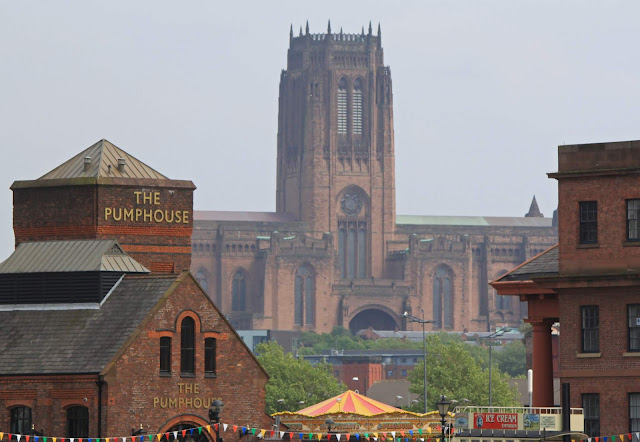 The imposing bulk of Liverpool Cathedral

And so our first passage into Liverpool Docks was at an end. We went into town with Doug and James, drinking Liverpool Gin in the Philharmonia pub, an amazing place which has retained its Victorian decor and sense of occasion. Even the gents toilets are a tourist attraction and I had to wait for two girls to leave before I could use them for their given purpose. Then it was on to a Lebanese restaurant who serve a mean plate of meatballs, almost as good as the ones I enjoyed in Istanbul. 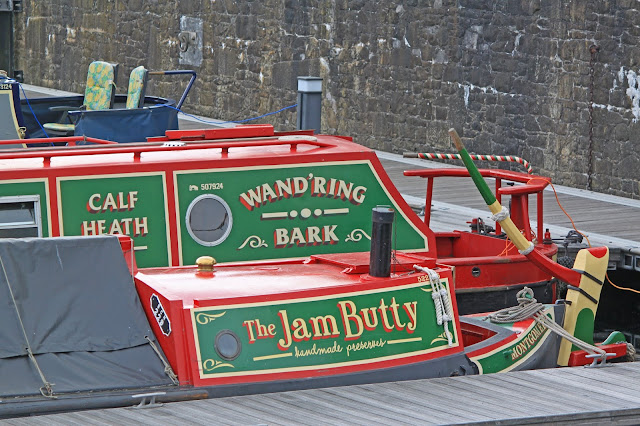 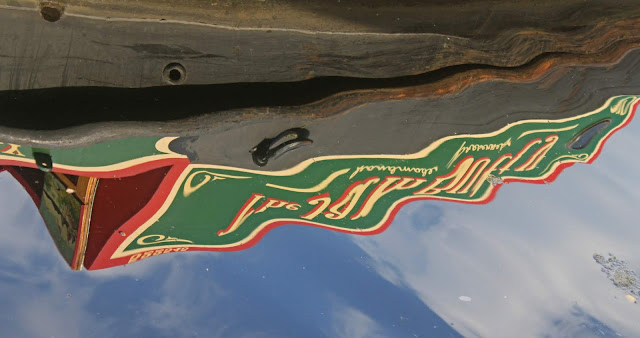 The Butty, as ever, steals the show.

I remember walking round with the council that first meeting; totally different on the water. Thanks for sharing and enjoy your stay

It was a pleasure to assist you down the flight and through the Link. Enjoy Liverpool