The end of the line and a change of plan

There may not me a lot of depth in the margins of the pound to the north of Salts Mill, if you find enough, just opposite the church, you will be rewarded with a very quiet nights sleep.

We set off with limited ambitions for the day, pottering along through a few locks and a lot of swing bridges as far as Apperley Bridge. Having last filled with diesel just outside Liverpool I am keen to refill the tank (5/8th of a tank left for those interested) and Apperley Bridge Marina looked like a promising spot.  Sadly we arrived at 3.30pm on Monday, after they had closed and they would remain closed for two days till Wednesday. This is a pain but not a disaster. 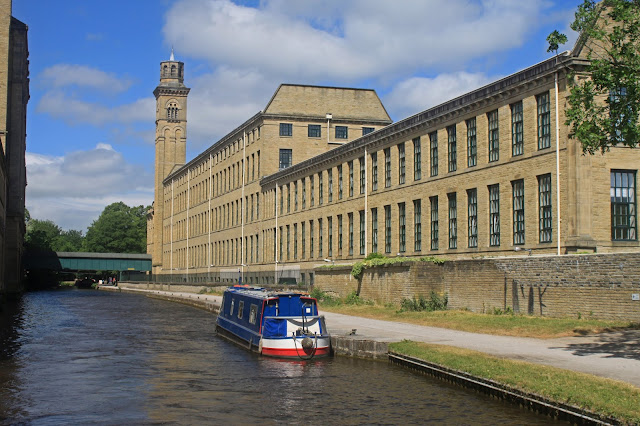 With the wind building up we decided to stop at Apperley Bridge and you knows who was volunteered to walk to Asda for provisions. The map said under a mile but no one mentioned the hill!

Tuesday dawned fine and bright so we were off by 8.30am to cover the last 8 or 9 miles into Leeds. Seasonal Lock Keepers were manning Newlay and Forge Locks, easing us on our downward path.The canal gets weedier and  shallower as you near Leeds, but we were able to maintain a good speed breasted up. 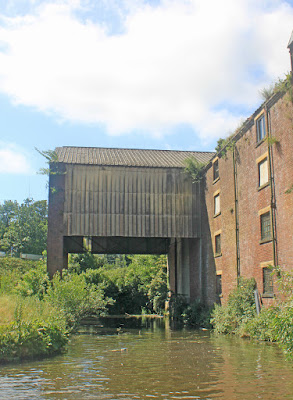 Water was taken on board in the upper chamber of Oddey Locks where we made the acquaintance of a number of local residents who bought preserved and offered advice / help in equal measure. 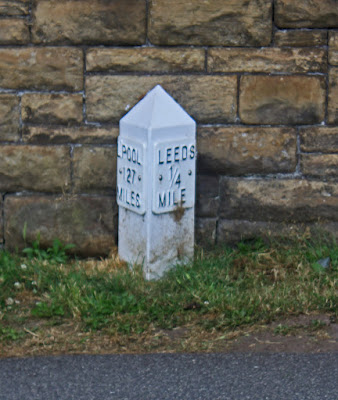 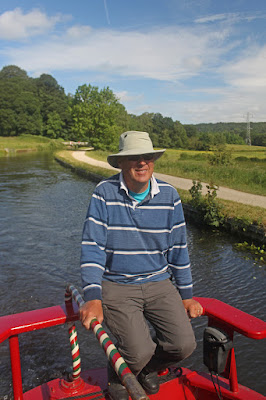 The new hat gets an outing - and the last mile post

Which brings us to the change of plan. The coming weekend is the Leeds Waterfront Festival  which has been growing steadily over its 11 years. CRT appear to be the lead partner with lots of activities spread across three waterfront, sites all linked by free shuttle boats.

Before I even got to plan A for this trip, the Leeds Festival was considered and discounted because it put pressure on an already tight schedule. Our problem now is the gamble on the Marple Locks. If they stay closed we will have to go south via Manchester, which is not an inviting proposition given the miles and locks we will need to cover to get us to Cosgrove on time.

And so there is the "other way" which I had always discounted. By this I mean the Trent via Keadby. This is, without question, a much faster route and one which saves us about 120 locks. However, I have always fought shy of taking the butty onto the tideway and then facing the long slog up river. But on the flip side, even at 3mph we could catch a tidal assist to Torksey and again to Cromwell followed by the Trent which, due to the dry weather, is currently running with a very low flow. This route, including the Soar and GU Leicester Line would see us back on the grand union is just over two weeks - you can see the appeal. 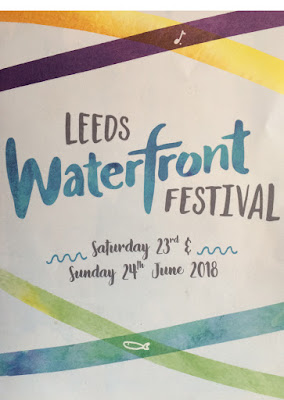 And so, having talked to the lock keeper at Keadby, the decision has been made. Cancel Standedge, and chance our arm on the Trent. We have the life jackets and the VHF radio but I didnt pack the Trent Charts. Never mind, I have travelled it three times before so I guess I know the way. 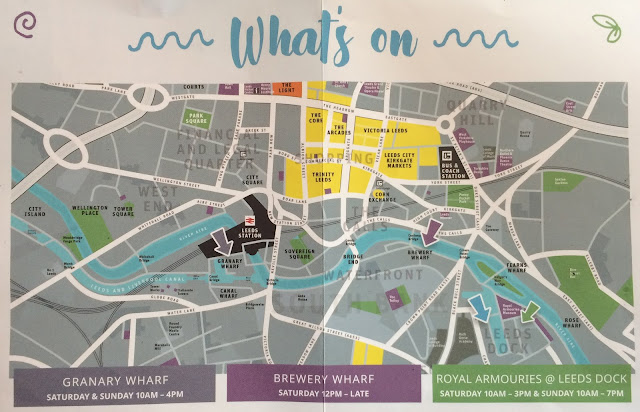 Which brings us back to the Leeds Waterfront Festival. We have been in touch with the organisers and following the cancellation of a working boat we have a 70ft pitch in Granary Wharf, right behind the Train Station and the Hilton Hotel. We will be alongside Kennet which was at Saltaire a few days ago and the butty will fit in nicely with the historic craft.

So, if you are in Leeds this weekend do come to Granary Wharf and say hello.

I will keep you posted on the Trent.

We did the Trent Keadby to Cromewell earlier last month for the same reason. I wasn't looking forward to it (having gone down the Trent about 14 years ago which was quite hairy), but it was almost enjoyable (I hate rivers, especially tidal bits). We left at 3pm and got to Torksey just after 7 (three plastics moored with git gaps, but that's another story). Then into Cromwell early the next day. We did it at the weekend so no chance of meeting a big boat. Unfortunately it was a bank holiday weekend so lots of boats about and moorings were tight. I'm sure you'll be fine. Look forward to hear how you are getting on.

I wished we had seen you before we got to the train station, saw the boats on the way out. Most impressed with the water taxi and Leeds. Enjoy your stay, Marple Flight next year?

If you are coming up the Trent can we convince you to do a short detour up the Fossdyke to Lincoln?

If you can make it a weekend then we will certainly buy plenty of produce from you as I'm sure will many others.