The lockless 1800 Gospel Oak Branch was, on the face of it, a short ribbon of water which stretched east from the Broadwaters Branch (Walsall Canal) for half a mile as far as the Gospel Oak Road, where it had a wharf and served the Willingsworth Furnaces  and  nearby collieries. 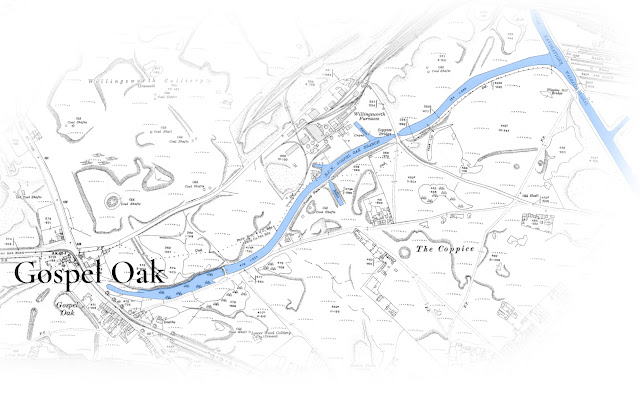 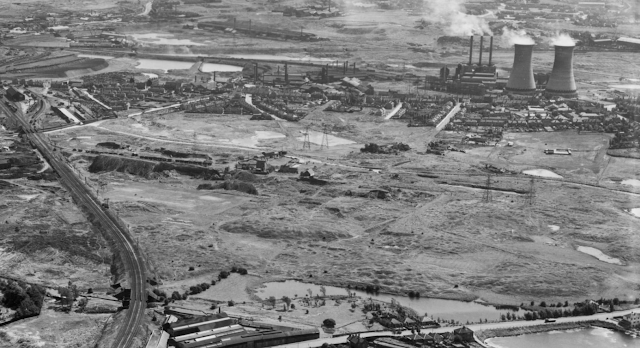 But this little documented branch, which is now the Willingworth Linear Park, had a greater past and came so close to becoming a significant through route.


First the greater past. Pressing on from the end of the branch there is one old map which shows two locks rising beyond the Gospel Oak Road to access the short lived Dumaesq Branch, which served the Schoolfield and Gospel Oak Collieries. Today all traces of the Dumaresq Branch are gone beneath the Tipton Sports Academy, but the 1902 OS maps offer two tantalising swags of water which could, just could, be traces of this most obscure corner of the BCN.

Gospel Oak area also contained numerous other small branches and basins which, for ease of reference, are included at the end of this page. 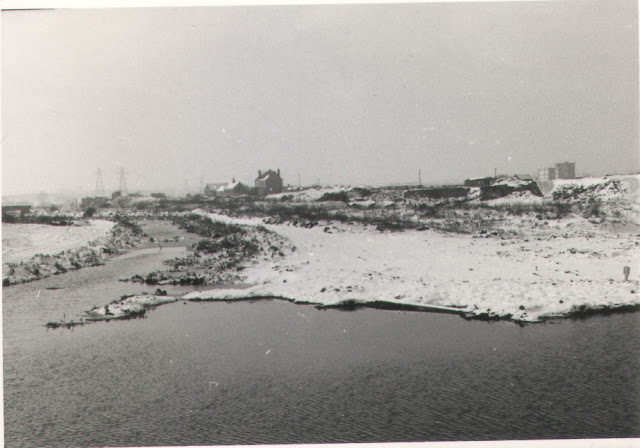 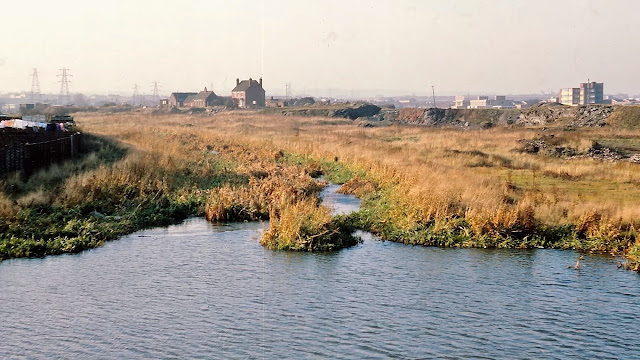 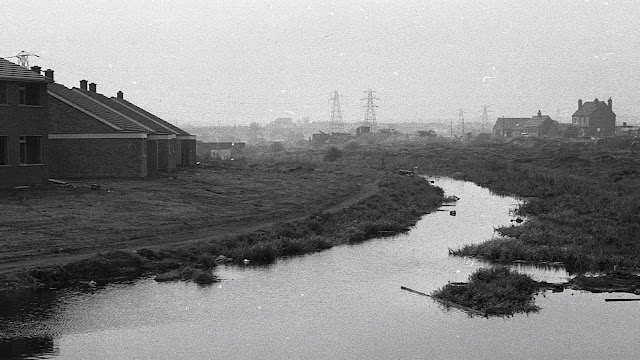 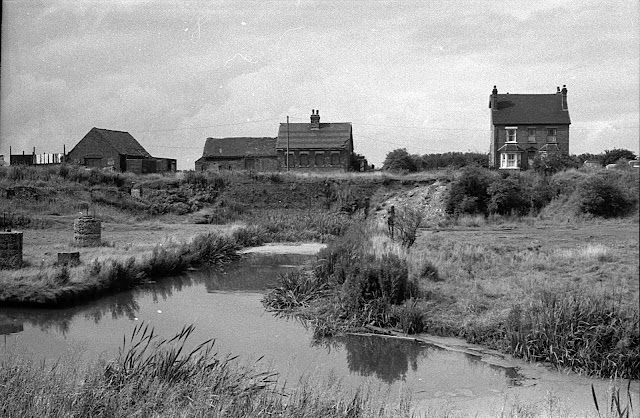 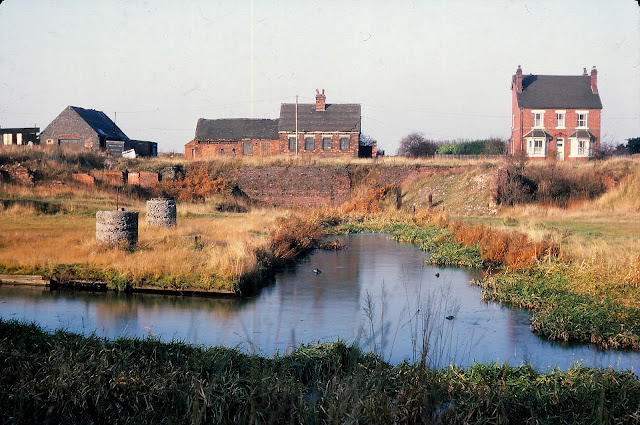 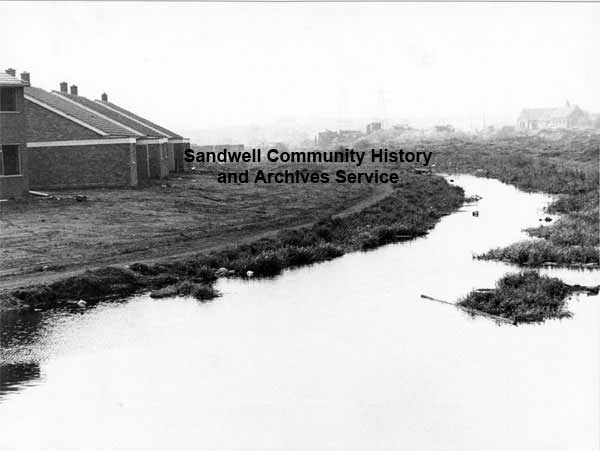 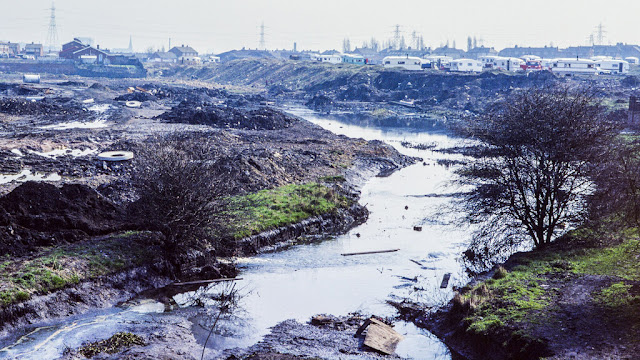 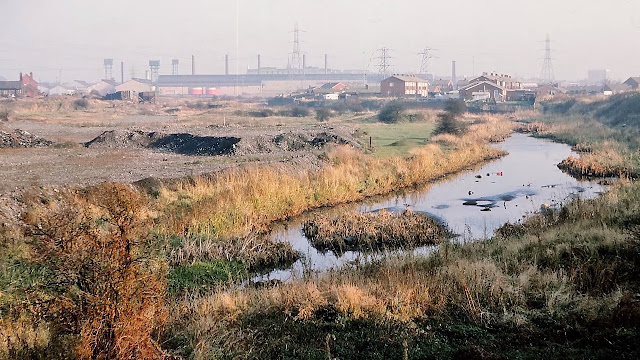 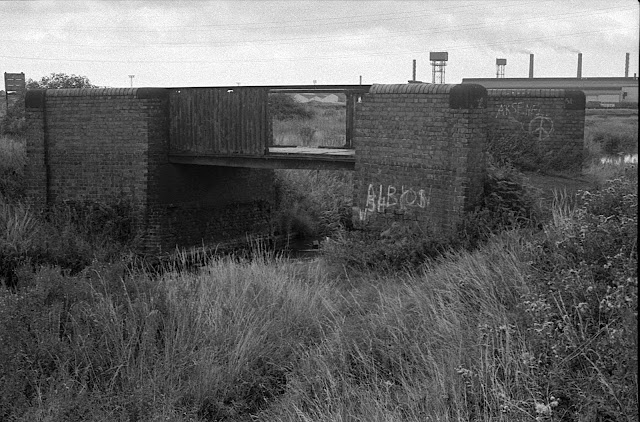 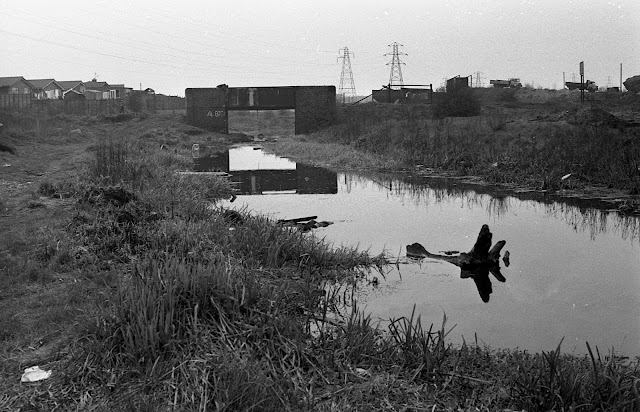 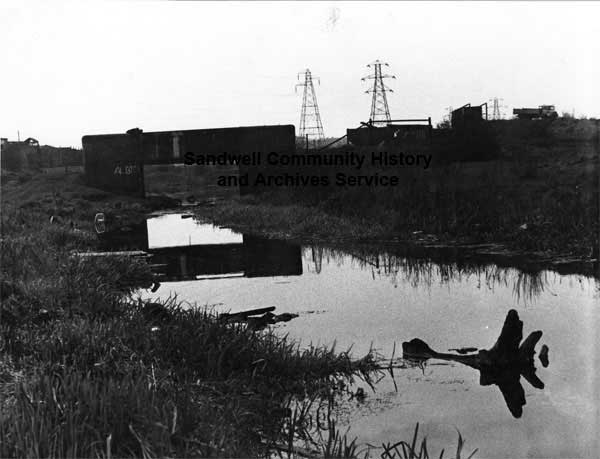 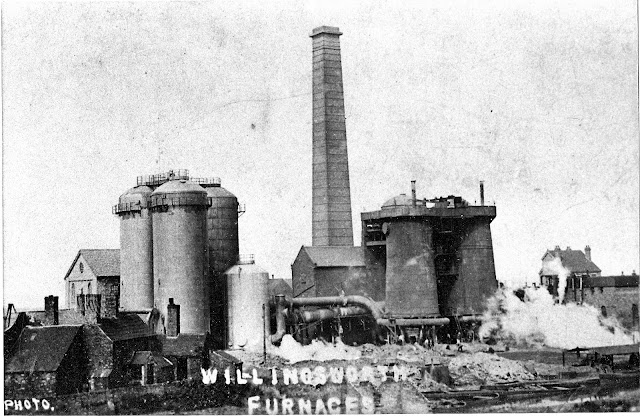 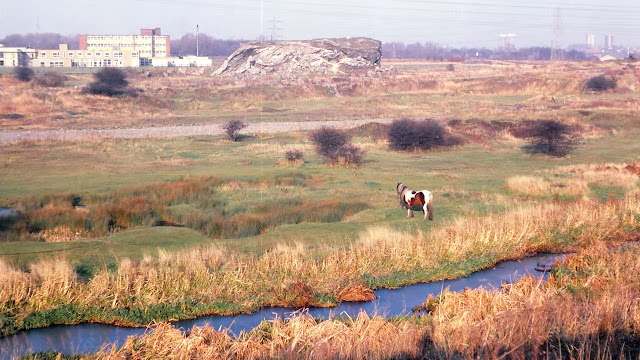 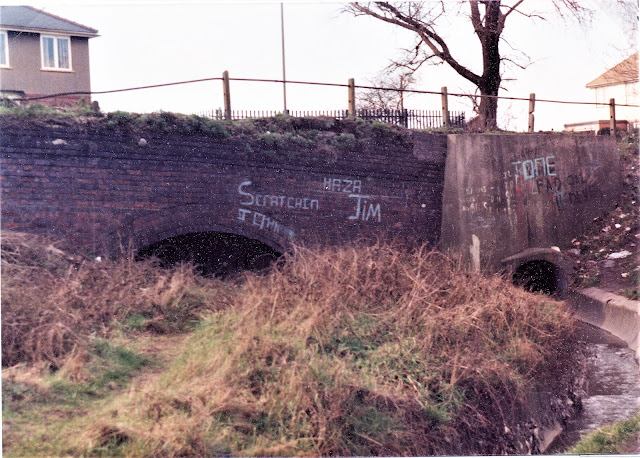 Captioned Gospel Oak Wednesbury Oak Road by David Humphries 1960's
This MAY be the old line under the Gospel Oak Road into the Dumaresq Branch - or not! 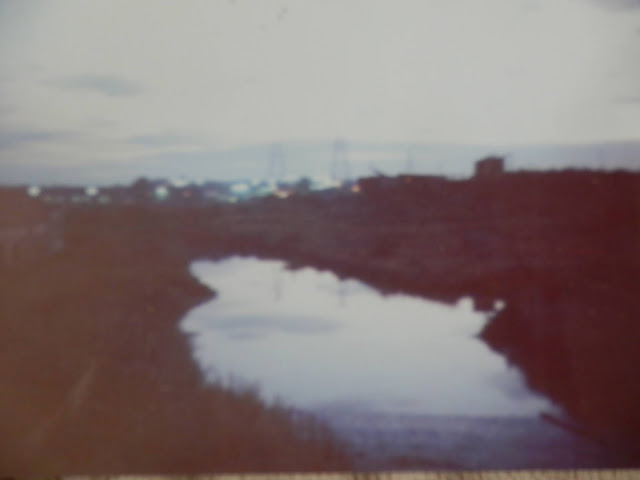 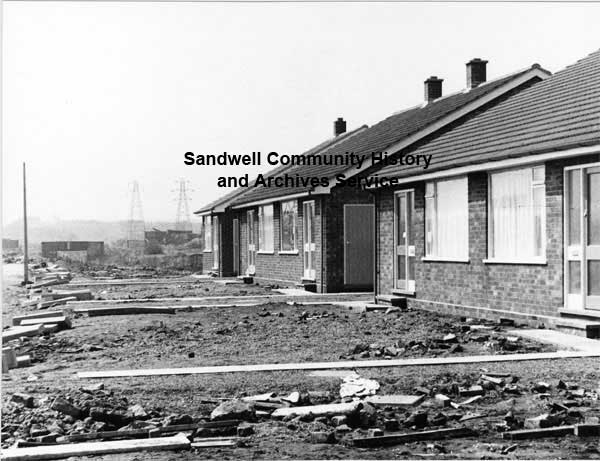 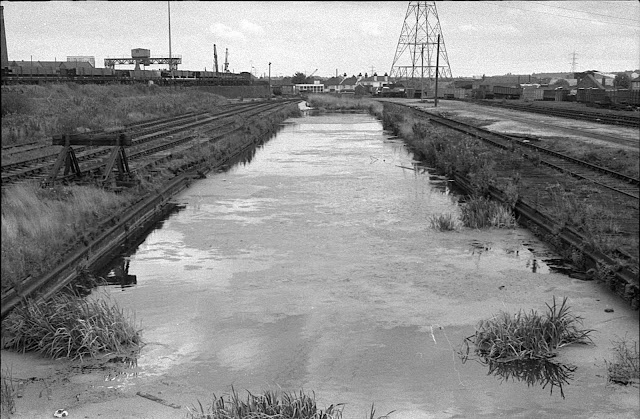 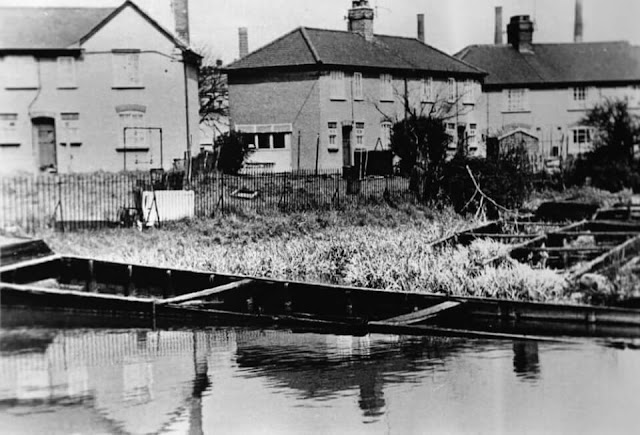 Basin at site of nearby Leabrook Road Tube Works 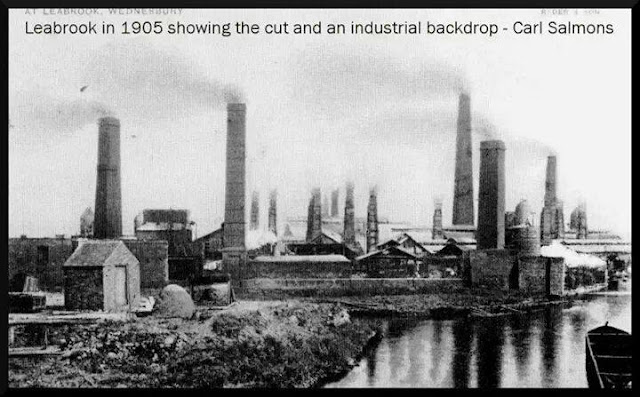 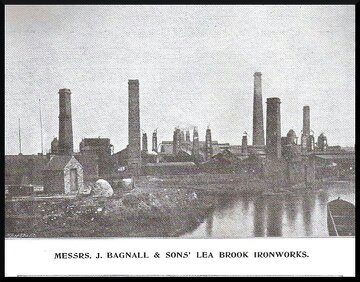 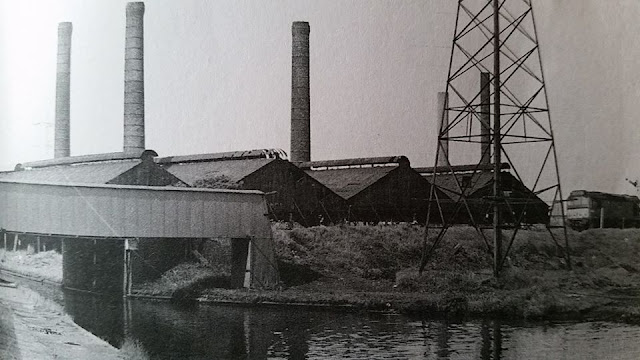 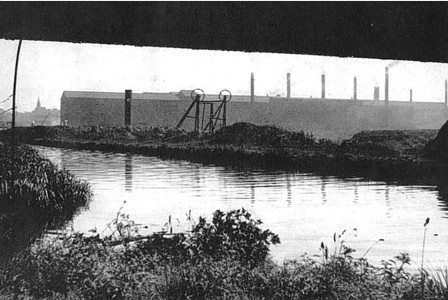 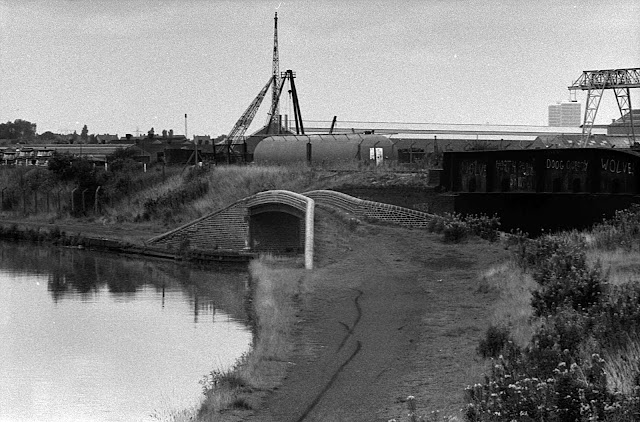 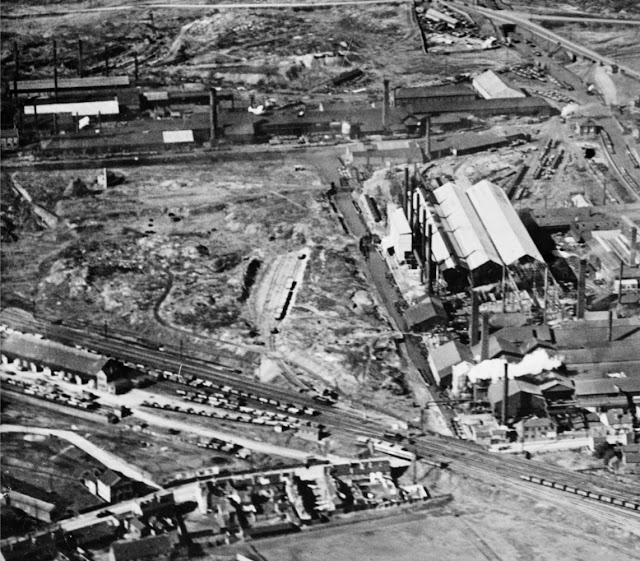 
Click here to return to the Bradley Area index page

The above photos have been assembled from various sources, including those freely found on the internet. My thanks go to the many photographers alive and dead who have contributed to this collection and in so doing, are keeping the memory of these lost canals alive. These images are reproduced for ease of research are are not necessarily the property of this blog, and as such should not be used for commercial gain without the explicit permission of the owner (whoever that may be).
Posted by Andy Tidy at 10:50 am