The Ridgacre is an obscure corner of the BCN branching off towards West Bromwich from the top of the Ryders Green Locks,  and seems to have died a death of a thousand cuts. 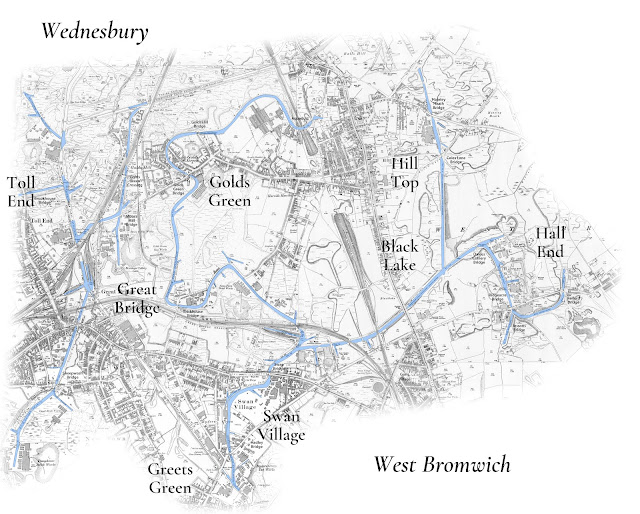 Originally it formed the far end of Brindley's 1769 Birmingham Canal, penetrating the coal fields of Golds Hill and powering the surrounding industry. With the extension of the Birmingham Canal to Wolverhampton it became the Wednesbury Old Canal and over time its identity has become blurred with the Walsall Canal and the Ridgacre Banch. 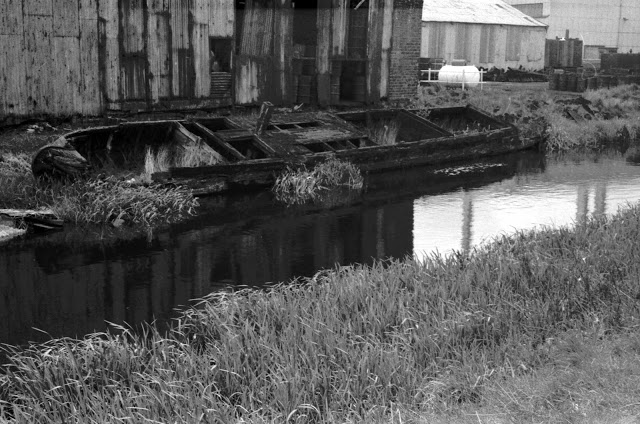 As the local coal measures were played out the various branches in the area were left to dry out, and the final nail in the coffin came in the 1980's when the Black Country Route was driven over it at water level. This cut off several miles of backwaters and the resulting lack of  boat traffic caused the final mile to become reeded up and is no longer navigable.

The loss of these old waterways is a shame and the following links will take you to a collection of photos capturing what used to be:


The above photos have been assembled from various sources, including those freely found on the internet. My thanks go to the many photographers alive and dead who have contributed to this collection and in so doing, are keeping the memory of these lost canals alive. These images are reproduced for ease of research are are not necessarily the property of this blog, and as such should not be used for commercial gain without the explicit permission of the owner (whoever that may be).
Posted by Andy Tidy at 10:10 pm