The Gas St Basin arms used to fan out like fingers from hand, but these days its a mere shadow of its former self. Most of the fingers have gone and those that remain are mere stumps amputated at the first knuckle. 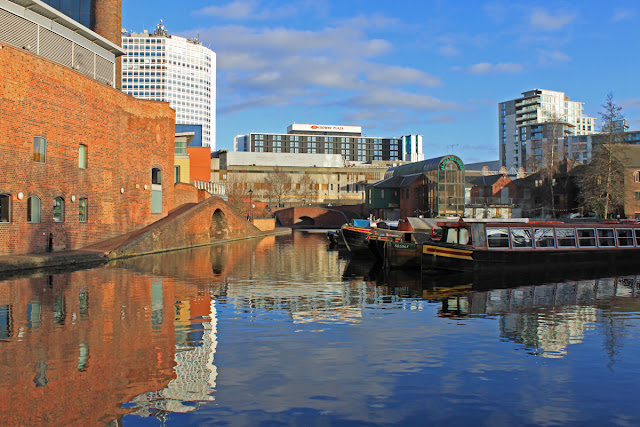 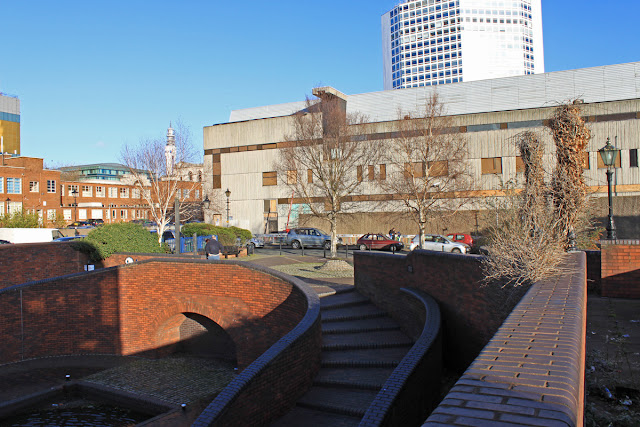 Entrance to Old Wharf, Gas St Basin
This situation is nowhere more apparent than the section at the end of the basin itself. The canal used to extend under Bridge Street (rebuilt) into a large basin complex which also housed the BCN headquarters. 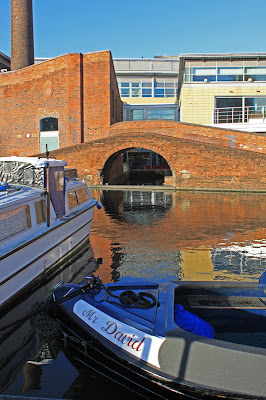 These days all there is left is the stump to the bridge and then nothing - the Crowne Plaza sit on top of the old basin. The only other arm is known as the Regency or BBC arm, a short section which is a feature of the adjoining restaurants, pretty under its bridge and now an essential feature of the modern Gas St Basin.
Posted by Andy Tidy at 6:00 am

Nice posts. We have found the very large photo of an old map of the area (a handwritten note on it says "closed in 1920 at point). You are welcome to come and see it and take a copy.