Tub Boat Canals of Telford - Part 3
Shrewsbury Canal, Wheat Leasowes to the A 442 Queensway
January 2012
We pick up the trail of the Shrewsbury Canal, Trench Arm as it passes Wheat Leasowes lock keepers cottage. The cottage is in fine repair, which is more than can be said for the lock chamber. By and large it has gone leaving just the top wings and a weir over which water pours draining away to places unknown - maybe a land drain under the field? 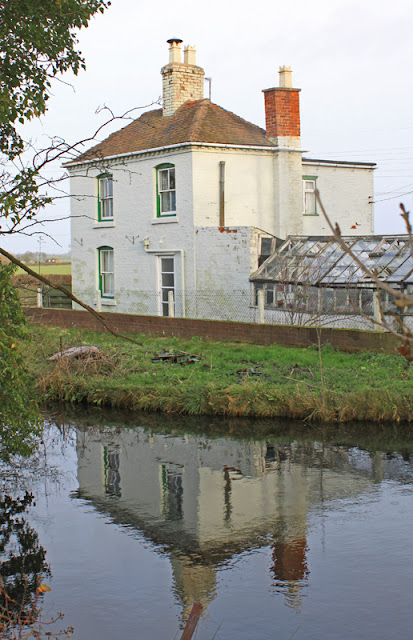 Wheat Leasowes lock keepers cottage
Some maps show the lock on the north side of the road but with the top gate immediately in front of the cottage the tail must have ended at the far side of the road. In fact, a lay by curves round where the bottom gates would be so I suspect that the road has been straightened over the end of the chamber. 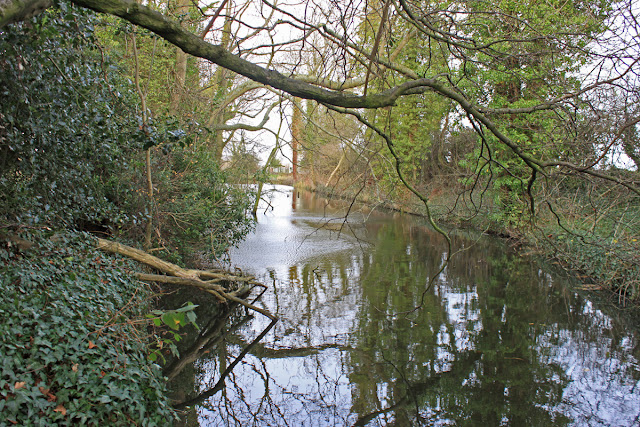 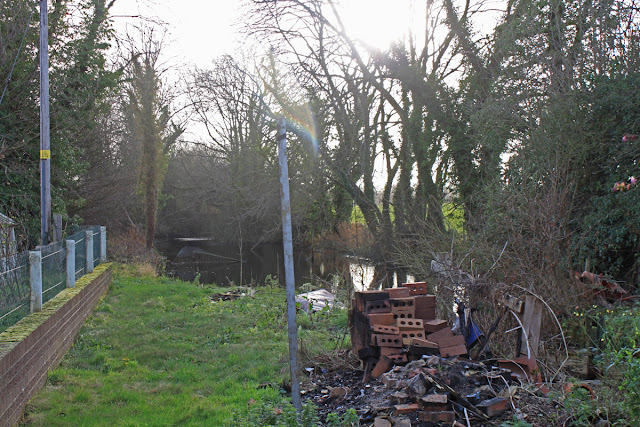 Pound between Wheat Leasowes and Shucks Locks
Unusually, the next pound to Shucks Lock is not only in water but clear and deep, home to a happy family of ducks.  Shucks lock is mainly lost in the undergrowth but access to the far side is possible by a hump backed bridge which sits just below where the guillotine mechanism stood. Maybe a similar bridge existed at Wheat Leasowes. 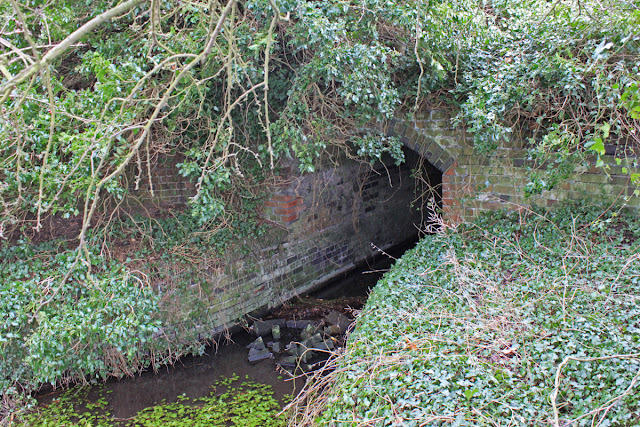 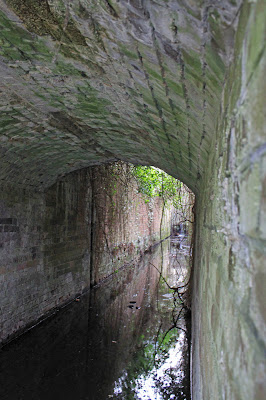 Shucks Lock
About 400 yards upstream there is Peaty Lock, very close to the electrical sub station which offers convenient parking for this excellent set of remains.The top gate appears to have been cannibalised and its components built into a brick wall across the lock which would have held back a flow of water after abandonment in the 1920's. This water is now carries via a storm drain to the west.

Click here to return to the series index.
Posted by Andy Tidy at 6:00 am