A bonus in Gas St, Birmingham

My last post explored the northern of the two arms which extended off Gas St Basin. This time I will look at the southern one which exited off the Worcester Birmingham side of Worcester Bar stop lock. 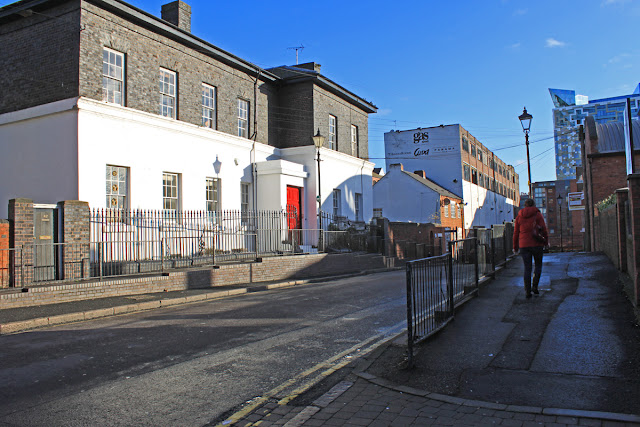 Pavement humps in Gas St, and the building which stands on the old entrance

Unlike its northern twin, this arm leaves no trace of its exit from the basin. In fact a huge great building has been built between Gas St and the canal and it's only by looking beyond Gas St that the remains become apparent, very apparent. Update July 2014 - the above statement is incorrect. A recent wander round the Worcester Birmingham side of Worcester Bar revealed the plaster falling off the wall of the bog white rendered building and there, lo and behold, is a perfect arch. Clearly the canal ram beneath the building. 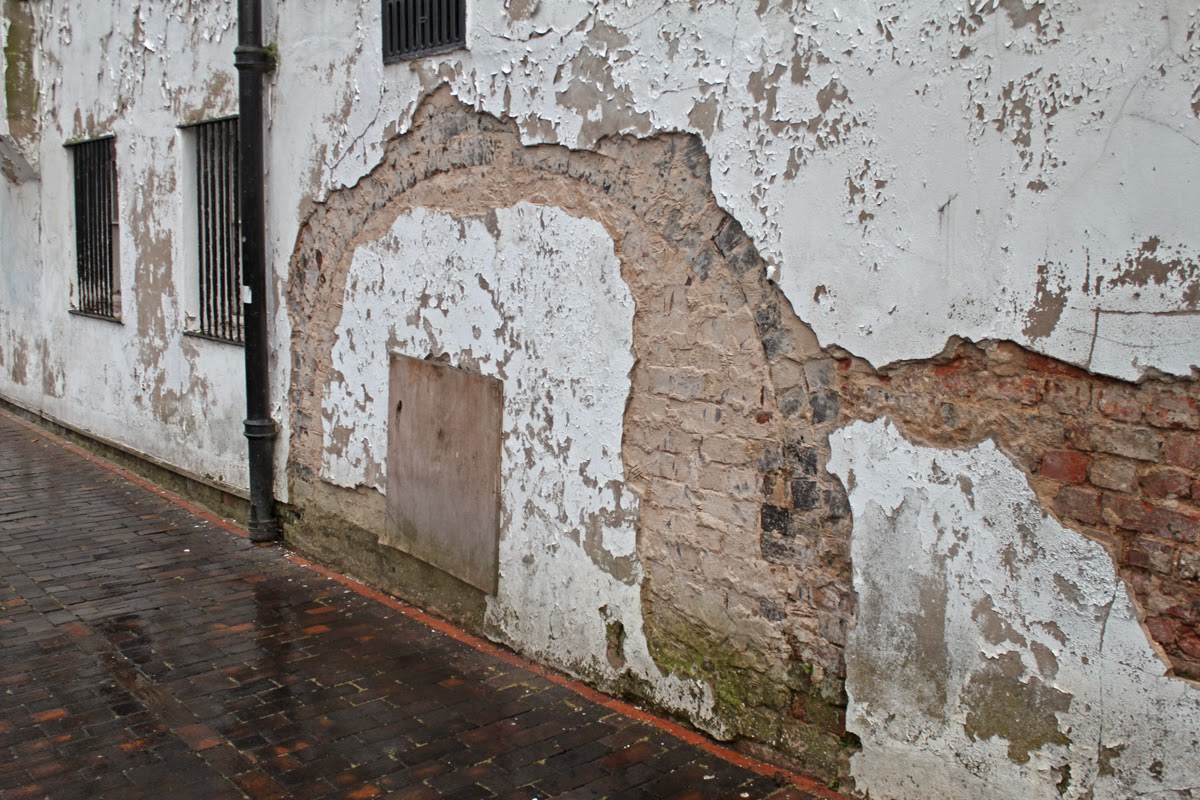 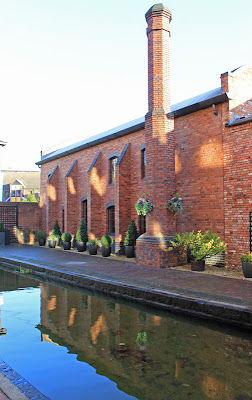 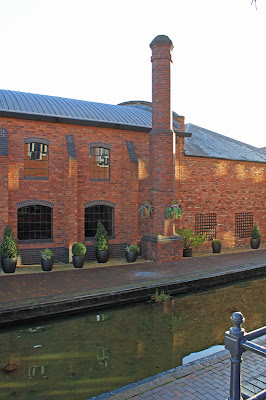 Lets start with Gas St itself. Whilst the road has been mostly flattened, the pavements have retained their curve on both sides. The adjacent gate was open so I wandered in and lo and behold, a rectangular pond with a distinctly canal feel to it. In fact, the adjoining buildings used to be a galvanised iron works and these have been renovated making the area is a veritable slice of old Birmingham. 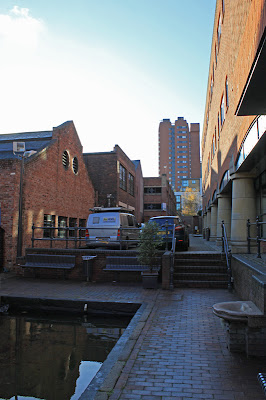 I nearly didn't get the photos as I was nobbled by a security guard, but I flashed my Blue Book to substantiate my claim to be a complete canal nerd. "But is not a canal, its just a pond" he said. He shouldn't have asked and quickly decided it was easiest to let me have my photos. 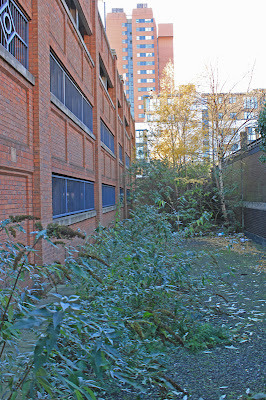 End of the southern arm
Posted by Andy Tidy at 6:00 am