We really are into the final furlong of this leg of our journey to Trench. The massive GKN works may sit astride one of the best preserved sections of canal but its line does finally emerge, albeit with something of a whimper. 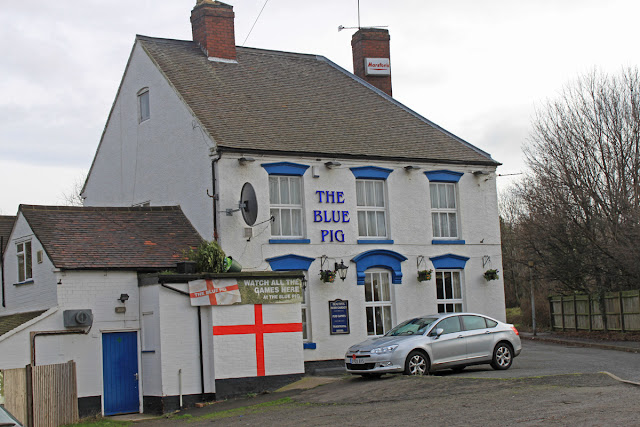 The line limps out beside the recently reinstated railway track, passing beneath a gas pumping station before entering the maze of redeveloped roads and roundabouts. Trench Lock, the highest on the canal, sat somewhere in the area. Our best guess is that it sat in the central roundabout but the whole area has been levelled and absolutely no traces remain - we even pressed through the centre of the roundabout to check. 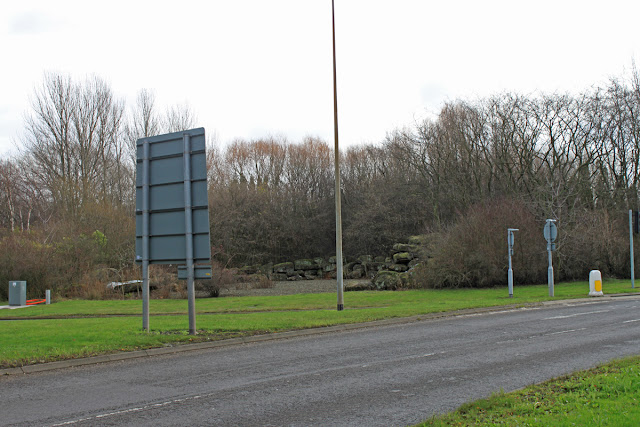 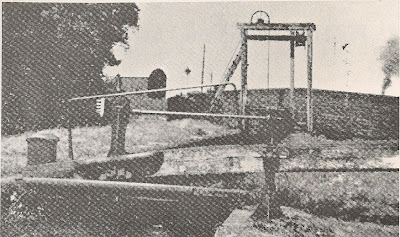 We do know that the canal passed along the edge of Trench Pool and past the Blue Pig, the pub visible in the iconic images of the Trench Inclined Plane. A word about this pub: Its called the Blue Pig after the local iron which went a shade of blue as it cooled but was previously known as the Shropshire Inn. Either way, this building offers the only absolute landmark in a sea of change. 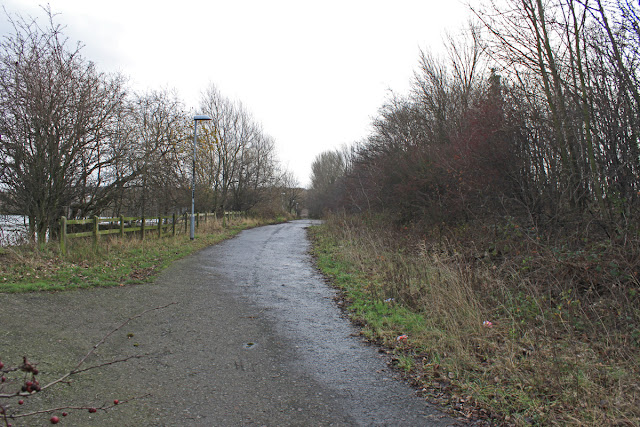 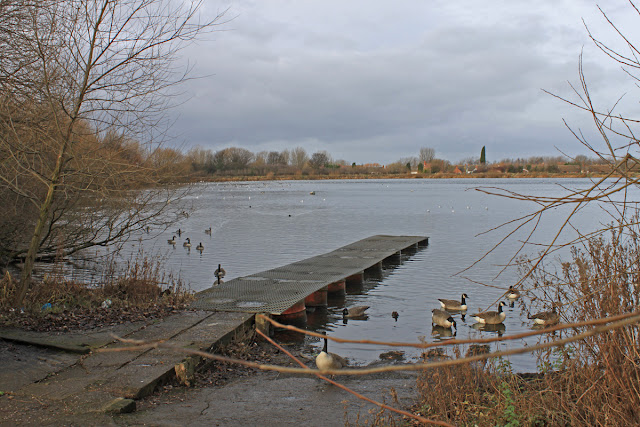 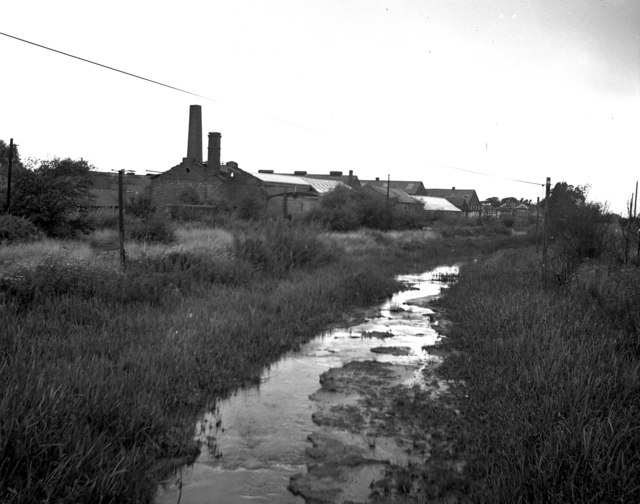 This route does offer a final feature of interest, the site of the Trench Inclined Plane. The plane was 227 yards long and 75ft high rising up the hill to the east and connecting the Shrewsbury Canal to the earlier Womborne Canal. Of the five tub boat inclined planes in the network, this was the last to close in 1921 after over 120 years of service. 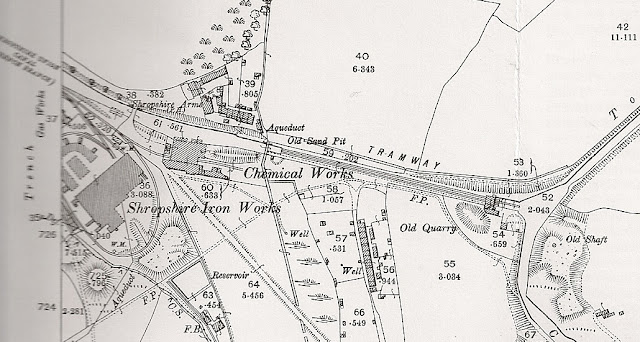 
The lift consisted of two parallel tracks and carried five ton tub boats on wheeled cradles. Initially the system operated by gravity, with a full boat going down lifting a 3/4 full boat coming up. At a later date a steam engine was added to improve efficiency. 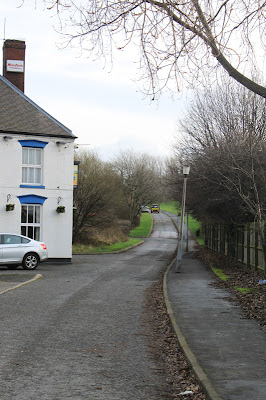 Looking up the Incline site 2012 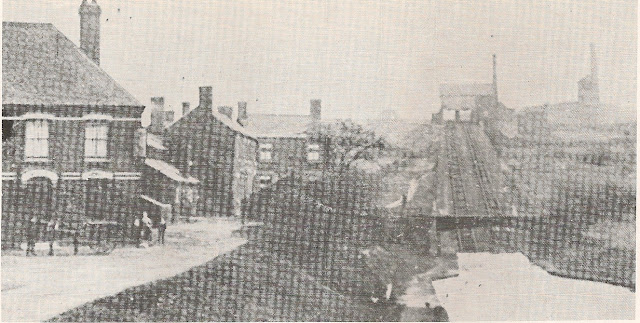 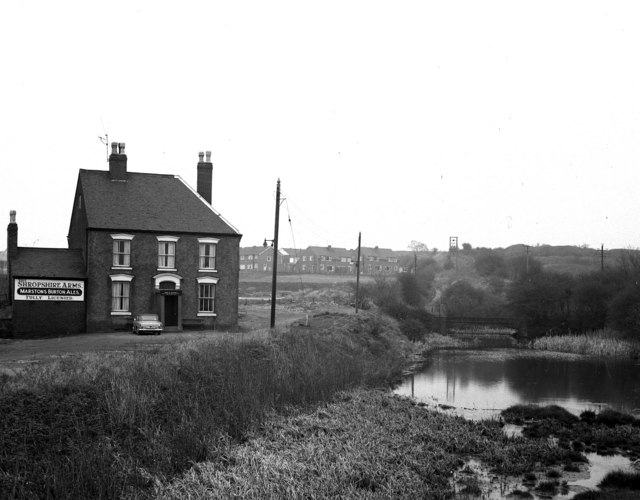 Fast forward 90 years and much of the plane embankment is gone, swept down the hill to fill in the bed of an obsolete canal. However, take a look at the old pictures and compare it to what remains. 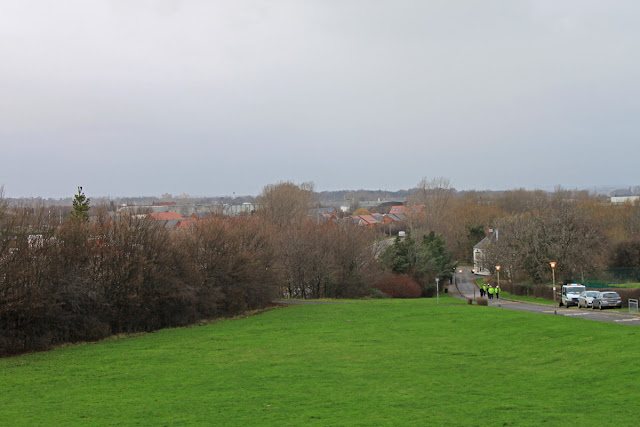 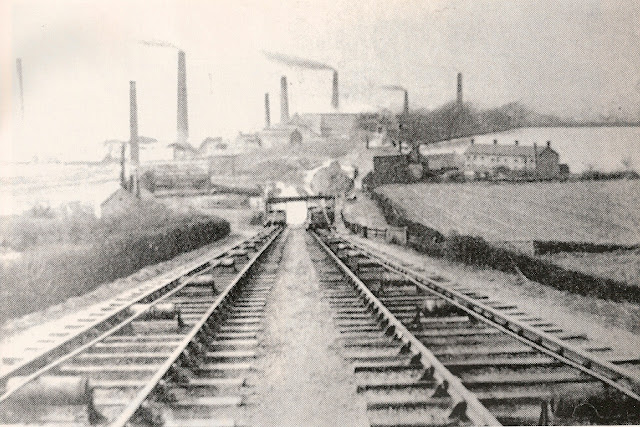 The top platform, or part of it, remains together with the higher spoil stack behind but perhaps the best view is back over the Blue Pig. The smoking chimneys may have gone, replaced with GKN - its good to see some industry has survived. 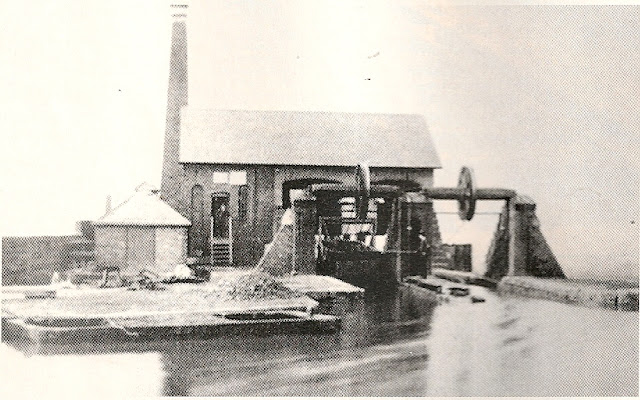 If you have enjoyed these posts fear not - the Shrewsbury Canal may have come to an end but they bought the Wombridge Canal to reach the furnaces of Donnington Wood, and that's where we are going next.

Some more images of the Trench Incline through the years: 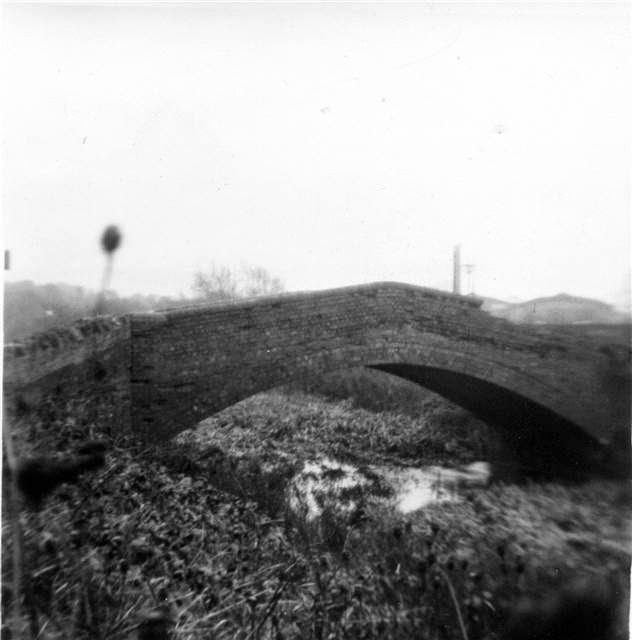 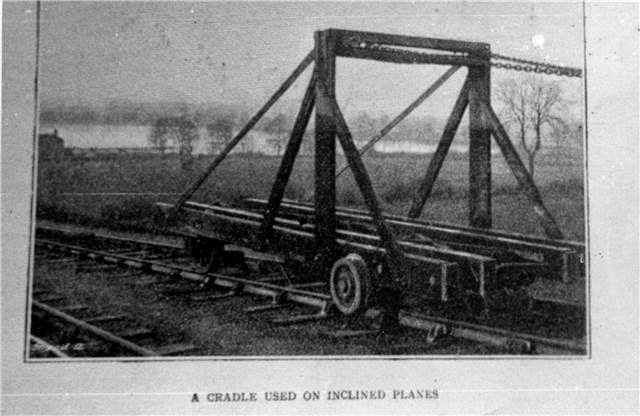 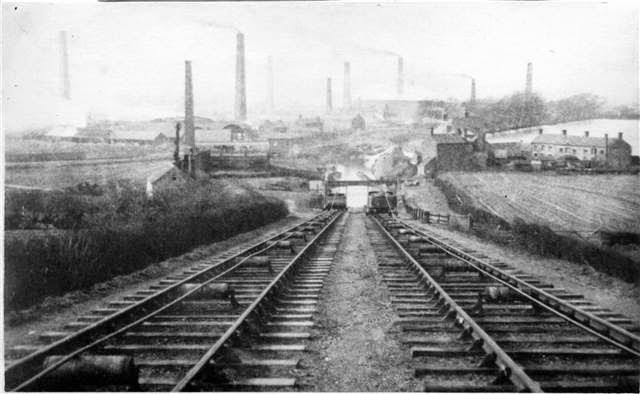 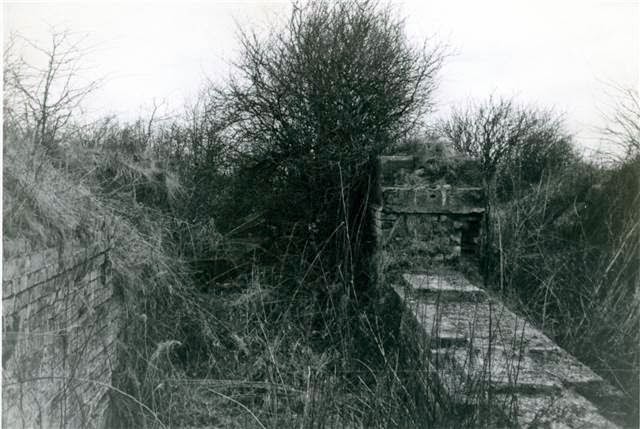 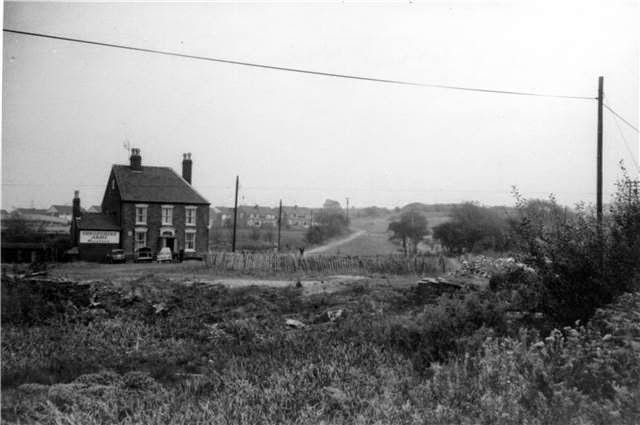 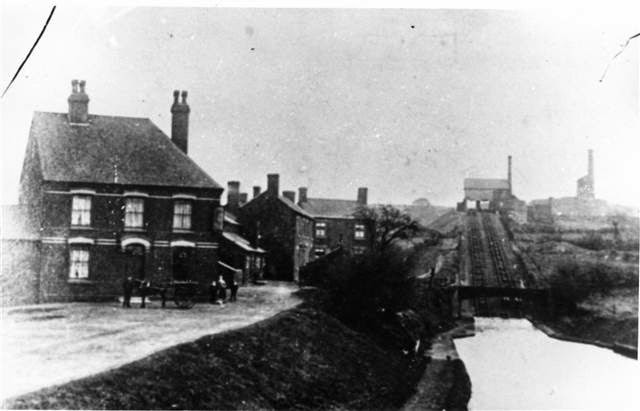 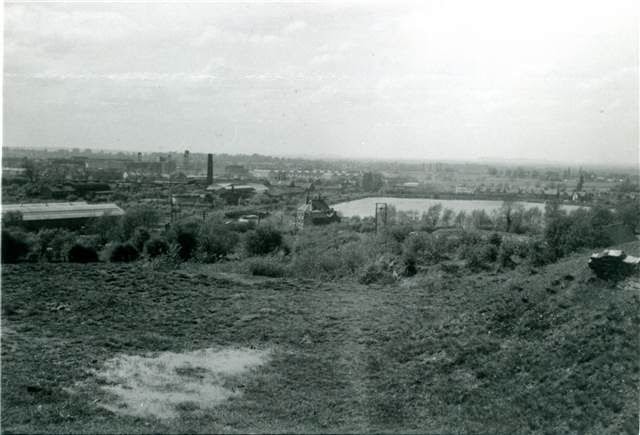 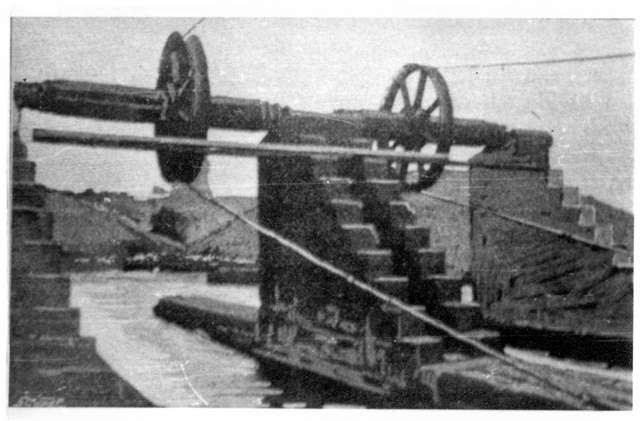 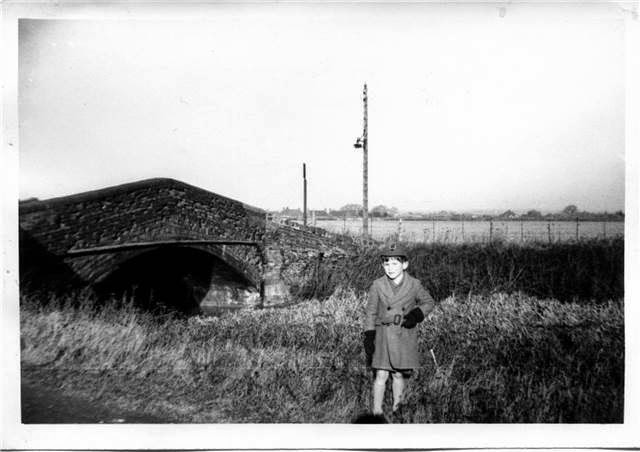 Click here to return to the series index.
Posted by Andy Tidy at 6:00 am

I was born 100 yards from Trench Lock. Can remember local youths jumping accross the lock before it was filled in and the guillotine apparatus removed - late 1950's.
On the picture looking up the inclined plane 'in operation' you can see a building to the right of the top perched on a higher mound.
This was a seperate engine house and I'm not sure what it was for. It was a local landmark into the early 60's - would be amazed if there are no photos of this building. Jonah

Further to my previous post I've just looked at the Wombridge section and it looks like the mystery building was a pumping engine, presumably for the Wombridge Colliery. We used to play around here as children - extremely dangerous of course and wouldn't be allowed under current Elf and Safety rules but we managed to survive. Jonah

A few more snippets from an old local boy.

OLD VIEW FROM TOP OF PLANE

The smoking chimney factories were above Trench Lock - they were Oakworth sheds and greenhouses
and Sommerfields when I was a child. GKN - formerly Joseph Sankey & Sons - was/is beyond
Trench Lock and the Shrewsbury-Stafford railway line and was built circa 1910. My Great grandfather moved here to work for Sankeys in 1910.

This is a view from the old hump backed bridge near the Blue Pig. Unfortunately this bridge doesn't seem to feature on any photos,
rather most photos are taken from the bridge. the view is down the canal towards Trench Lock, the remains of the old factory
buildings are on the left. The factory buildings closer to the lock remained in use. The Dam and Trench Pool are to the right of this photo.