We are coming in to land as far as the Shrewsbury Canal, Trench Arm is concerned. 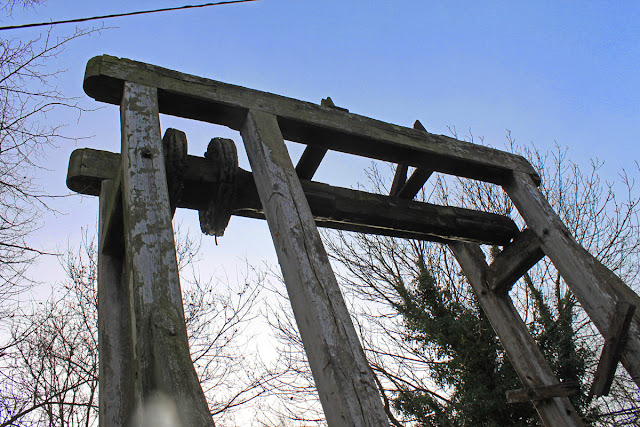 This post looks at the section from Queensway on the edge of Hadley Park to the GKN works which straddle the route and prevent exploration of about half a mile. 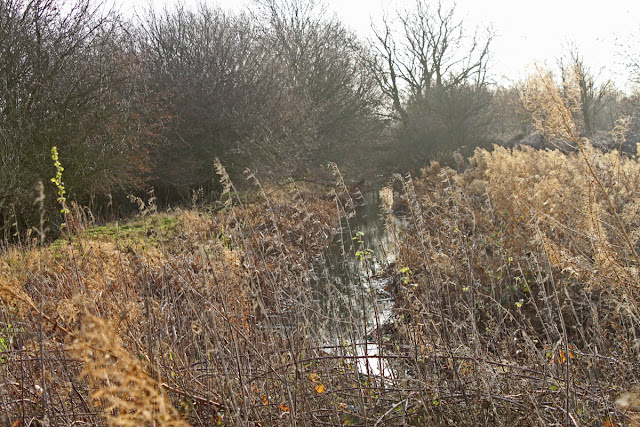 We start our walk from the electrical sub station on the Queensway, picking up a well maintained pathway which skirts a reed filled canal bed. Within the park you will find two locks, Hadley, and Turnip (you have to wonder where these names came from). Both have been the subject of some restoration over the years to give the curious an idea about how they used to look when the canal was an operational entity a century ago. 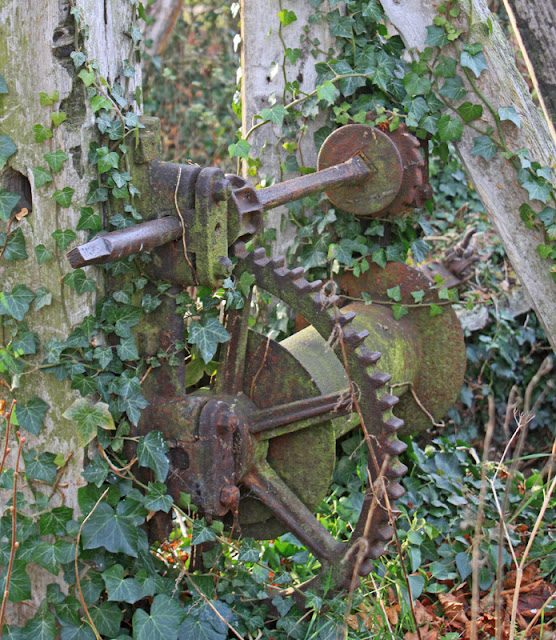 First up is Hadley Park Lock above which a reconstructed gantry stands tall and proud, complete with cable wheels and a winch. Whilst this lock may not have the authenticity of Britton further down, it does provide the best indication of how the whole flight used to look. 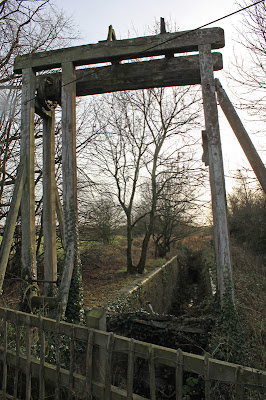 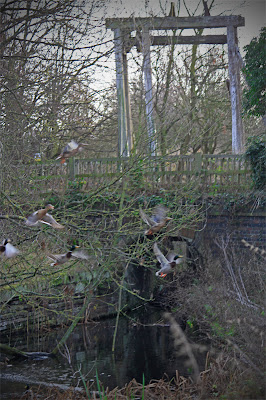 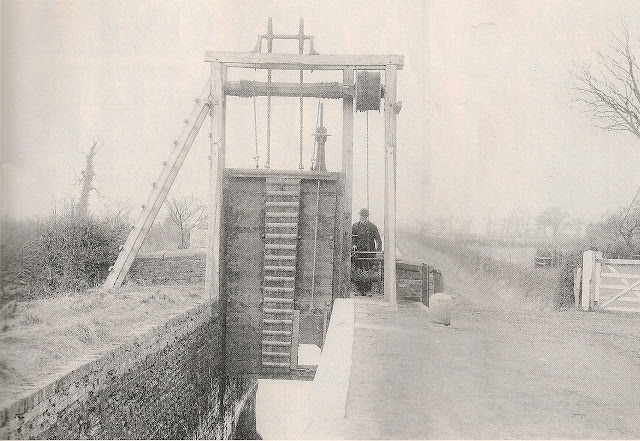 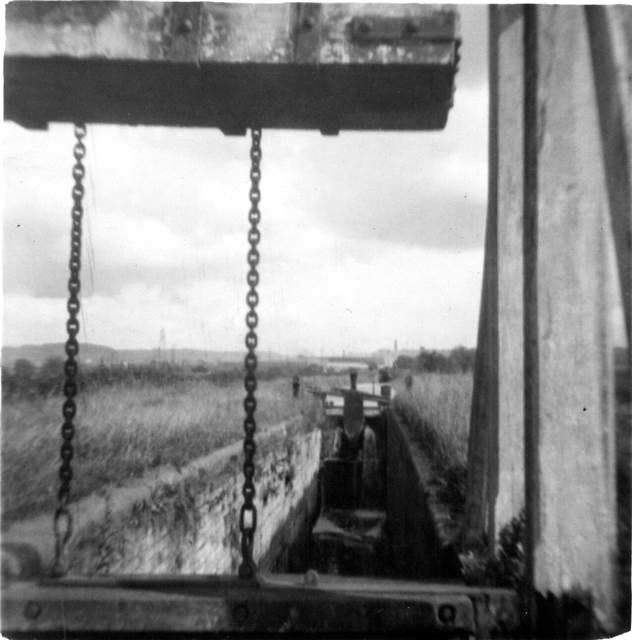 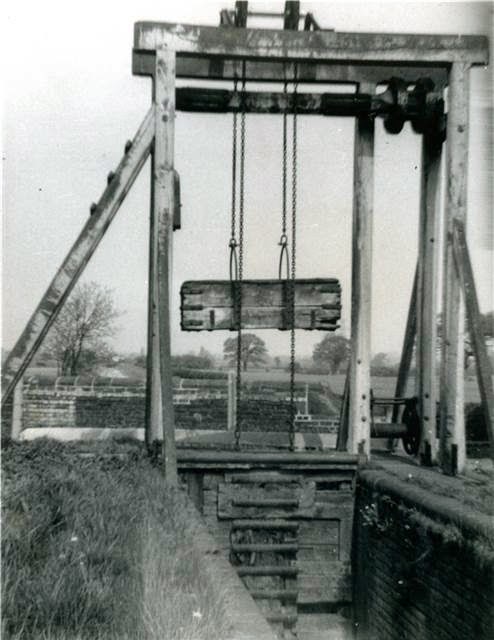 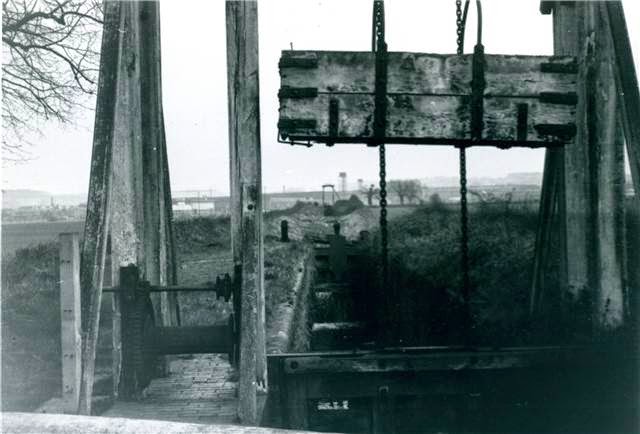 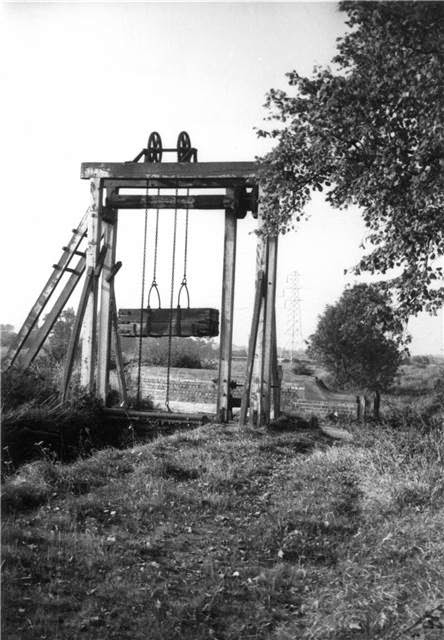 Half a mile further on is Turnip lock, this one hiding away in the bushes. It has the same array of wooden and iron furniture with the added bonus of a skeleton bottom lock gate. 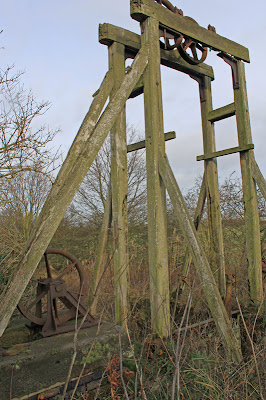 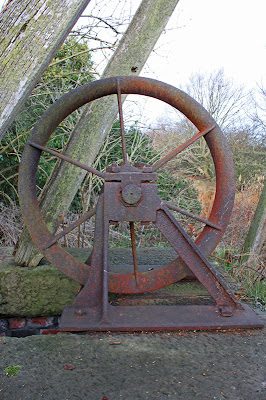 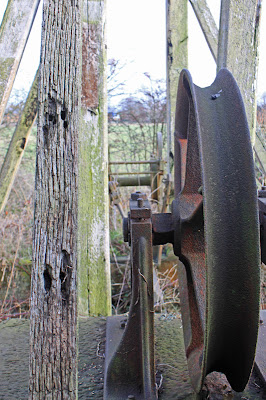 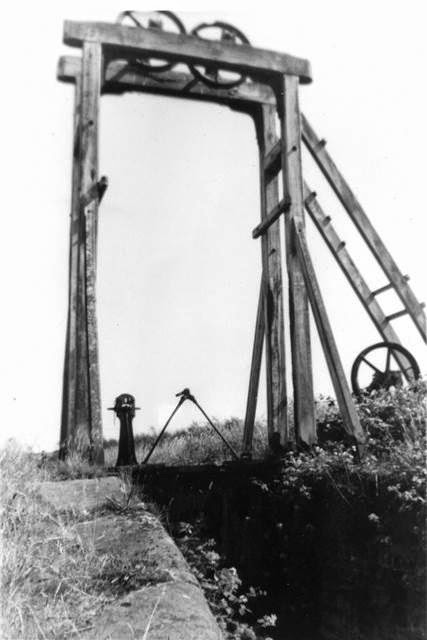 Beyond Turnip Lock the weed filled canal continues to the boundary of the GKN works - topped with razor wire. Oddly, the fence stops at the canal edge but the silting is such that we were able to walk round it! GKN is a defence contractor, so we didn't really expect to stroll into the site and photograph what we liked, but it was worth a try. I walked along the waters edge and captured an ivy covered hump backed bridge on film whilst Dr D went to engage with the guard who was becoming increasing agitated by our presence. 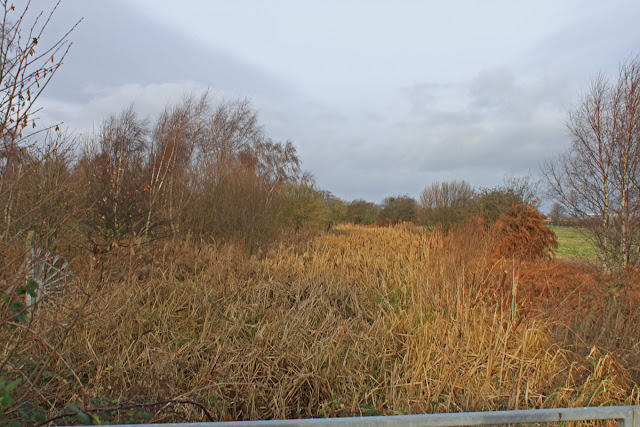 Canal bed at the GKN boundary

There was consternation on the guard house, why hadn't our approach been picked up on the CCTV? I appears that no one has attempted an unauthorised entry via the canal before - the Maginot Line springs to mind. We did try to sweet talk our way in to follow what Google Earth shows to be a very well defined canal through the works, complete with Castle Lock, but is was to no avail. National security appears to rank in from of canal enthusiasts. We were given the head of HR's phone number and politely asked to leave. 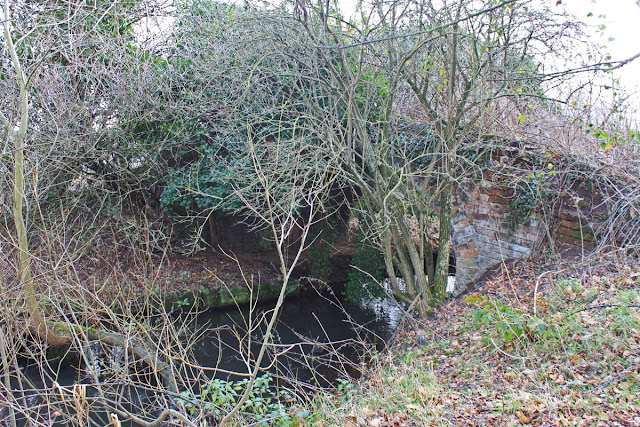 
I will lave you with an image of the lock in the GKN works, or at least an artists impression of it  before the factory was built in 1900 as G F Milnes and Co. The scale of the boats is way off, but given the paucity of photo's beggars can't be choosers: 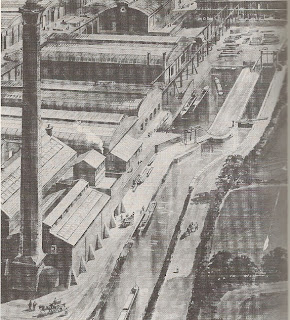 That seems a logical place to leave this post, with one more account of the Trench Arm still to come.


Click here to return to the series index
Posted by Andy Tidy at 6:00 am