Tub Boat Canals of Telford - part 2
Britton Lock
January 2012
I wouldn't usually devote a whole post to a single lock but this one, the second on the Wappenshall to Trench section is so perfectly preserved I will use it to highlight the nature locks which were unique to this canal. 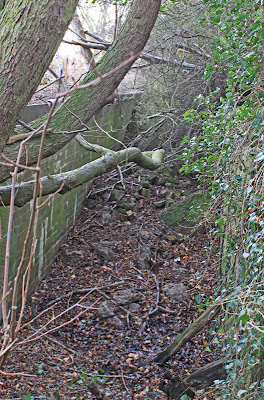 Britton Lock Chamber
When I say well preserved, I mean unaltered but still accessible. There are some which have been restored and generally tarted up but this one is just as it was left when traffic ceased in the 1920's. 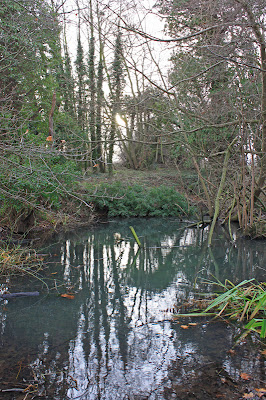 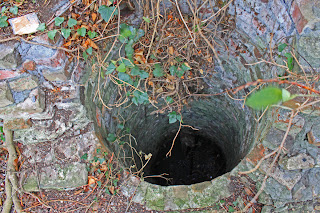 Counterweight pit - Britton Lock
We walked along the field from the site of the Wappehshall Lock, keeping the watercourse to our right till it veered off just below the lock tail. The base of the lock is completely dry which means you can explore to your hearts content without any fear of sliding down into a muddy ooze. 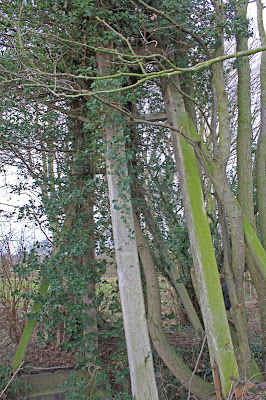 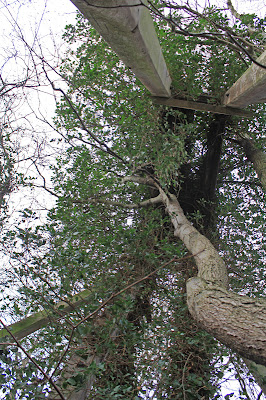 Britton Lock guillotine lifting framework
The chamber is complete at 81ft and this extra length coupled with a 6ft 7in width makes it seem excessively narrow, even by Midlands narrow lock standards. The difference was so marked we even paced it out to check the dimensions. 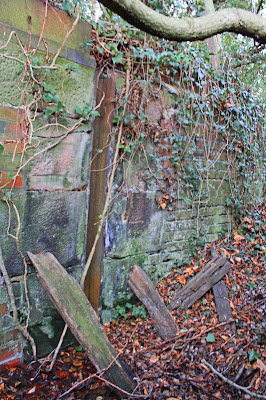 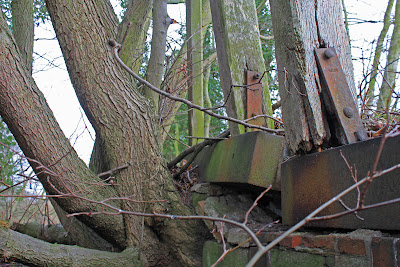 Damage caused by tree growth
Towering over the bottom gate is the original guillotine lifting frame, devoid of ironwork and leaning drunkenly to one side with a tree growing out from under a coping stone. The gates were raised vertically by a winch aided and assisted by a counterbalance which descended into a round well like pit on the off side. The pit stand open and empty, clear of rubbish by sadly minus the metal weight which was probably sold off for scrap years ago. 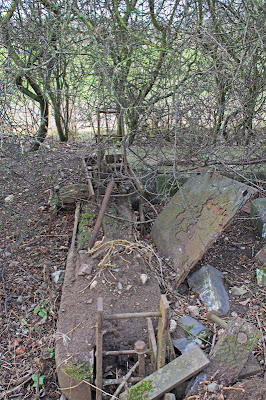 Skeletal remains of the top gate
The bottom gate has long since perished but remnants of its wooden planks litter the bed of the lock, reminiscent of the locks of the Norbury flight to the east. 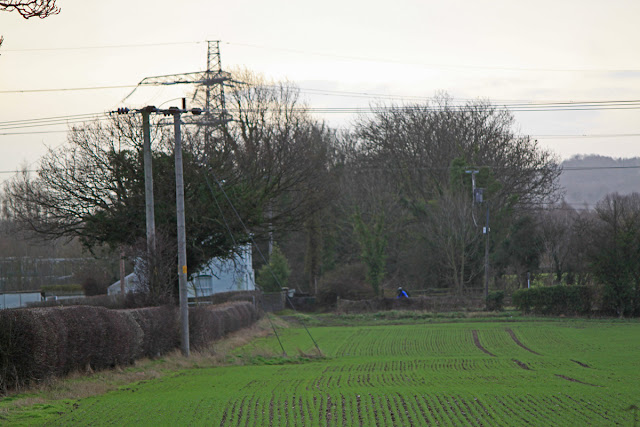 Line of canal from Britton Lock to Leasowes Lock
Moving up to the top gate we found the metalwork of the gate still intact, but now holding back a wave of rubble, the lock wings more ready for an approaching tractor than a tub boat. This was a conventional swinging gate and the stone recess is clearly visible. Water was let in and out via gate paddles. The next section of canal to Leasowes lock has been lost to farmland, but the unmistakable shape of the old Lock Keepers house still stands out proud on the far side of the fields. We will pick up the tale, and the pace in my next post.

Google Earth image of site (A is Wappenshall Junction)

Click here for Tub Boat Canals index.
Click here to return to the series index
Posted by Andy Tidy at 6:00 am

Would it be doable to add a reference to the exact location for a satellite map to your posts, for lazy but interested viewers like me? That would increase the fun.
E.g. http://maps.google.be/maps?q=Wappenshall,+Eyton+upon+the+Weald+Moors,+Telford,+Telford+and+Wrekin+TF6+6DE,+Verenigd+Koninkrijk&hl=nl&ll=52.723557,-2.494047&spn=0.009149,0.026157&client=firefox-a&sqi=2&geocode=FamOJAMde9rZ_w&hnear=Wappenshall,+Telford+TF6+6DE,+Verenigd+Koninkrijk&t=h&z=16&vpsrc=6

(Of course you would see "United Kingdom", not "Verenigd Koninkrijk") in the URL :-)