Brewood Beckons
January 2012
Jeff was home for the weekend and what better way to spend the time than afloat, our first night afloat in 2012.
We had limited time available so we settled on Brewood on the Shropshire Union as a suitable destination, about four hours from our home mooring and reachable in the short winter days. 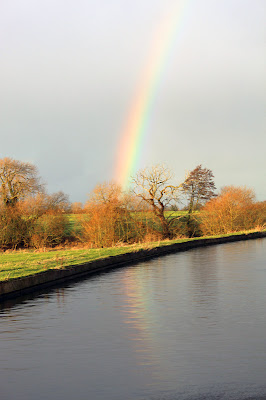 Rainbow at Pendeford
This is a very familiar route, passing from the old Staffs and Worcester to the much newer Shropshire Union Canal at Autherley Junction - about 12 miles of water with just one six inch stop lost to interrupt the cruising. Familiar as it is each trip seems to throw up something new and unexpected. This weekend was notable for its strong northerly wind which pressed at the cabin sides and tore the smoke from the chimney in a lateral stream. 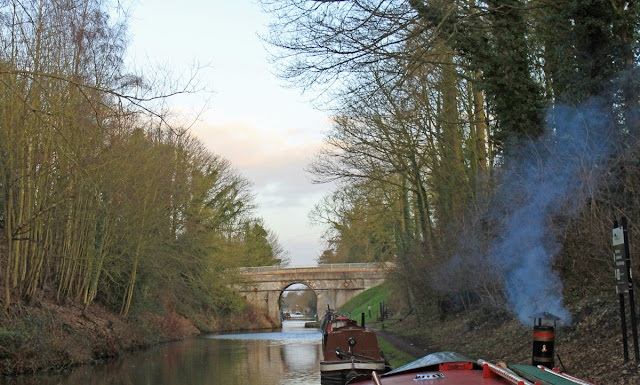 Brewood visitor moorings
On the way out we were faced with a dramatic rainbow outside Pendeford, arriving in the shelter of the Brewood Cutting just as darkness fell and the nearby rookery was alive with birds settling down for the night. Morning dawned with the wind still howling through the leafless branches above us, sounding for all the world like a huge waterfall. It was a lazy start, chatting and eating all against the background peal of bells calling the faithful to worship at the village church. 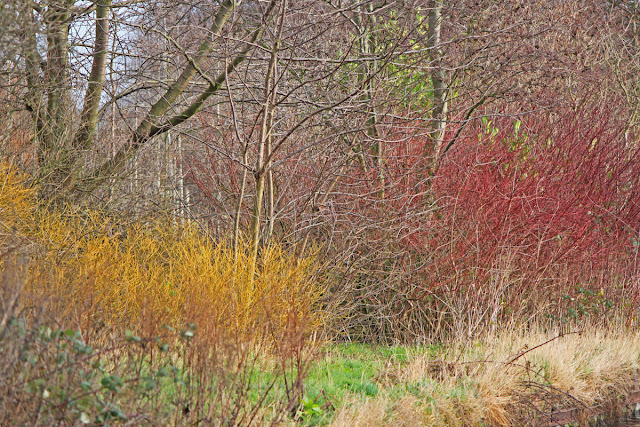 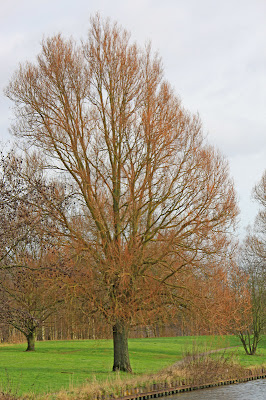 Winter colours
In my enthusiasm for an early return of spring but I found myself peering into the sheltered sides of the cuttings for the first signs of new life. It may only be January, but the green shoots of 2012 are already there, a few snowdrops, shoots of alder and the first centimeter of wild Honeysuckle leaf. Further on, the towpath shrubs are preparing themselves for spring, their branches adopting their bright spring ochres and russets - more evidence of a season waiting to be reborn. 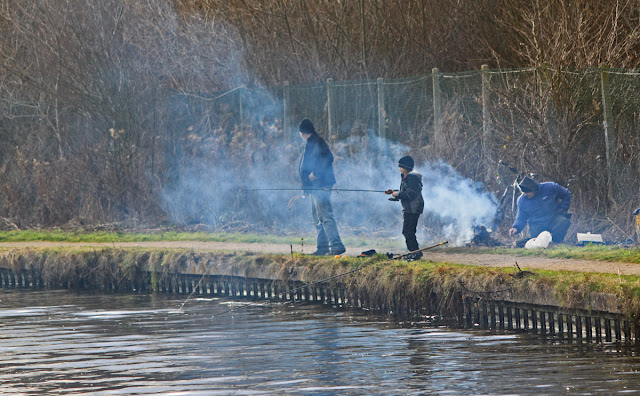 Winter fishing
And it wasn't just the plants which are eager for the spring. Fishermen were out in force, trying to entice the fish from their winter torpor and the wily old Heron was out there too, watching the canal for a shimmer of a fish to take the edge of his hunger. 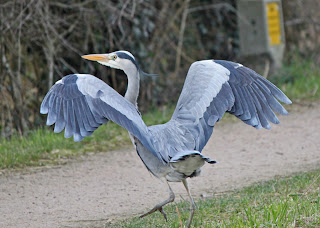 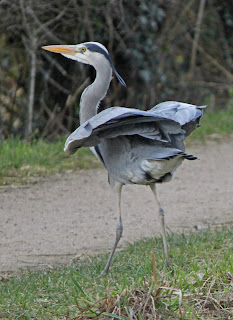 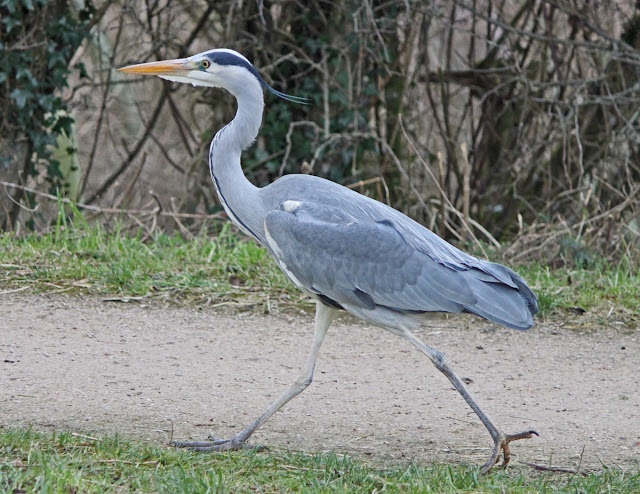 Pendeford heron
All in all, a short but very pleasant trip which tested the thermal properties of my new Berghaus coat to the full. Roll on the spring!
Posted by Andy Tidy at 6:00 am

Feels like Spring already in Surrey - I hope that all the bursting buds don't get caught by a frost.

Its been an exceptionally good winter for cruising! Loved the photos as alaways.

Lovely pics again especially the heron. Glad you were able to enjoy this lovely January weather.
We enjoyed our stop in Brewood in October.