Another deium carpe'd
3 July 2009
Amid the tumult of recent days we have been snatching opportunities as they arise.
We had a morning free in the middle of the week so we made for Packwood House, a favourite haunt from our pre children days. We even used to talk idly about getting a job with the National Trust to serve as wardens in one of these magnificent legacies to the nation. 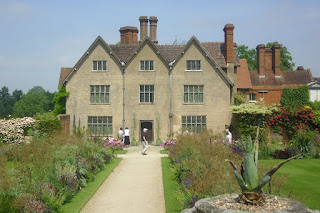 The house was lovely, a much adapted fifteenth manor house which was remodelled by its owner in the 1930's to represent his vision of a Tudor idyll. He assembled all sorts of architectural bits and bobs from around the country and fused them together into what we see today. A grand manor house but on a scale which is human sized, a house which could realistically be a home.
And then there are the gardens. They are utterly magnificent and well worth a lengthy tour, as is the walk around the lake. 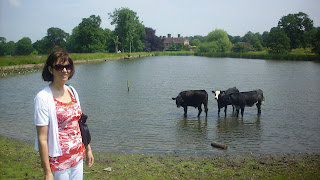 Our visit was brief but memorable. The bookshop contained a book on walks in and around Birmingham, with many routes including stretches alongside the canals and rivers. We quite fancy moving to the area south of Birmingham so a few recce walks would not go amiss.
Posted by Andy Tidy at 7:00 am