These wintry days you have to get your boaty fixes wherever you can.

You may remember that way back in Jan 2012 I won some tickets to the BCLM courtesy of the then to be Canal and River Trust who were looking for some photos for their new website. These tickets had a 16th Jan 2013 expiry date on them and with the BCLM closing for the first two weeks of Jan it was a case of now or never. 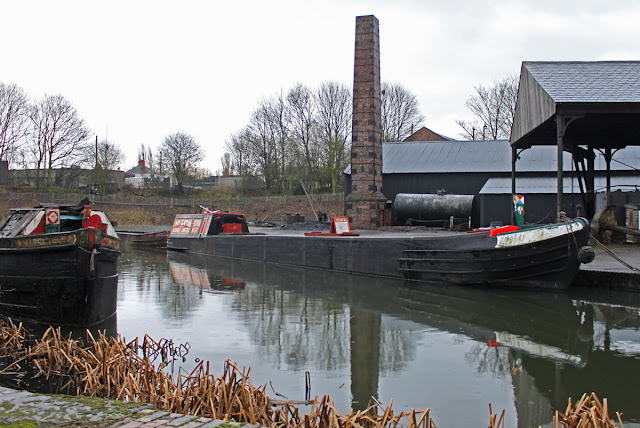 And so a cold and blustery Sunday morning on the last weekend of 2012 found us in deepest Dudley taking in the sights of this local landmark. We were not alone but the crowds were very thin and there was little jostling for space. Its got to be over 10 years since I entered the site by the front door, but have had an occasional peep at the boats via the canal entrance.

We were treated to VIP service in the various shops where the guides were pleased to be able to share their knowledge. I was particularly taken by the Chemists shop transplanted from Netherton and set out just as it would have been in the 1930's. The host warmed to his task and gave a lovely insight into local life at the turn of the 20th century. 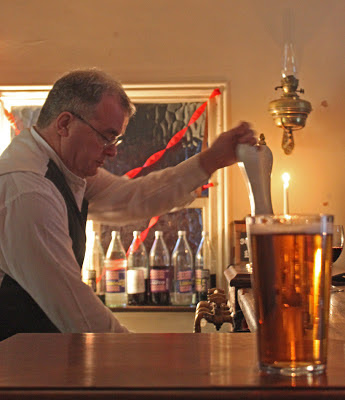 Pulling a traditional pint at the BCLM

Helen announced a desire to visit the Dudley Tunnel and as our entrance had been free, why not? We booked a slot of the 2.00 pm trip and wandered round the lower end of the museum before purchasing a piping hot lunch at the fish and chip shop. If that wasn't enough we then made our way down to the pub and settled into a very warm spot by the fire and downed a couple of pints of bitter whilst watching the world come and go. 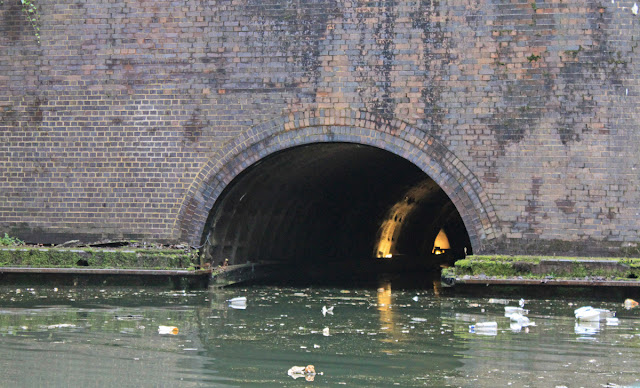 Entrance to the 1988 tunnel

Then it was into the mines / tunnels. I visited with Mr Truth on the way back from the Black Country Boating Festival back in September but I am always happy to revisit sites like this. Its amazing how different guides tackle their task from alternate angles and whilst I was engaged during September's visit I learned a whole lot of new facts this time. The big difference was the wetness of the tunnel. Sure it was a bit drippy in the autumn but we have had three months of solid rain since then and water was pouring through the tunnel roof. 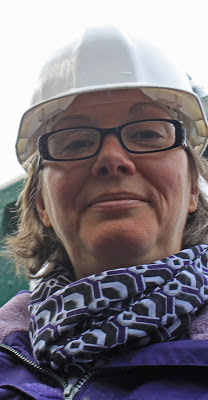 Helen with her sexy hat

And so it was time for home. It was very odd to wander round the moorings and not see Wand'ring Bark tied up and awaiting our return, But on the other hand, I am not sorry to be missing a descent of the 21 in the pouring rain.

As I said, one gets ones watery fixes where you can at this time of year.

Halfie - yes, 1988. Its a new modern concrete lined canal giving access to the singing cavern. The old Dudley tunnel is to the right out of shot and is the one you come out of having completed a round trip. The guide said it is the most modern canal tunnel in England.

I hope that the museum shop will soon be selling preserves made with authentic BCN produce!

So that's in the strange basin which is open to the elements but inaccessible by foot?

Sue I was thinking it would be nice if Wildside Preserves also sold the Wonderful fish & chips by post... LOL
Kevin

Sue - exactly what we thought. H got very sniffy about what was on sale.
Kevin - now there is an idea.
Halfie - yes, thats the one.