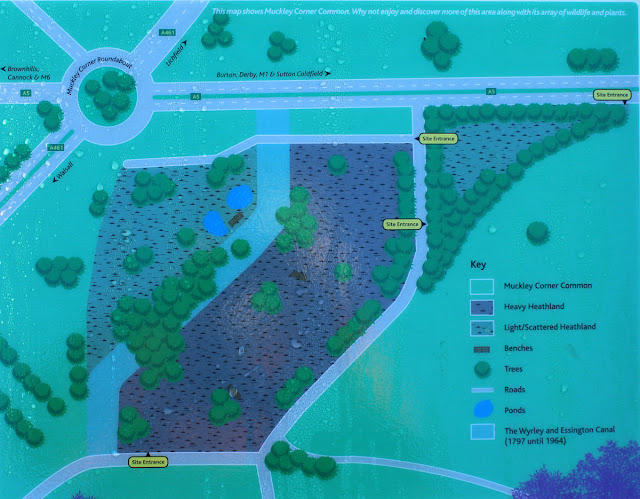 The fact that the canal traversed the area is undoubted, as it crossed Watling Street just to the east of Muckley Corner. We traipsed to and fro across the common land and identified a raised section which is the probable route, and we did think that the information board would help pin things down. In the event it was all rather general and without a "you are here" mark it was difficult to orientate ourselves (Helen joined me on this particular hunt). 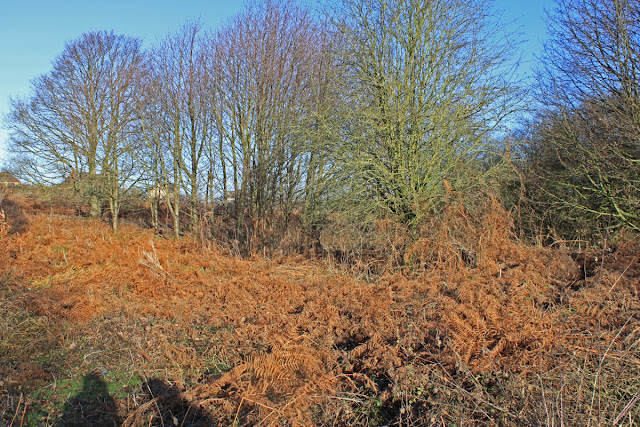 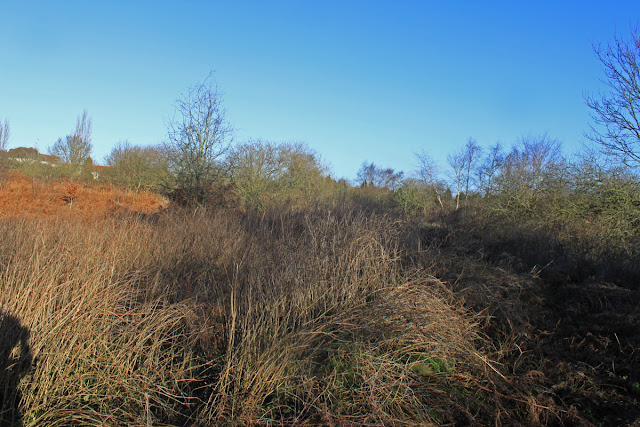 The canal cuts an indistinct path through Wall Butts

We managed to pin down a few certain bits, especially the very wet saucer shaped depression with a clay lining. 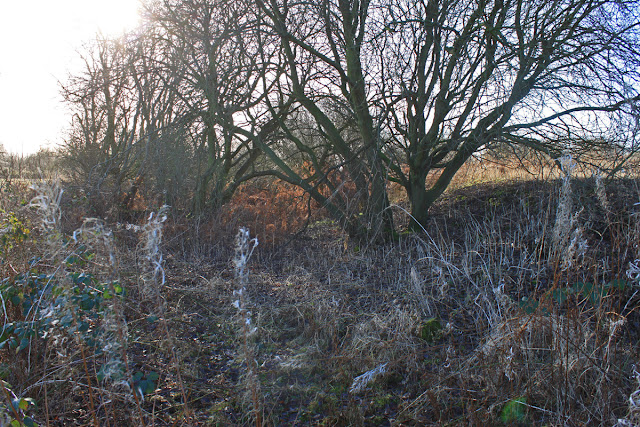 The most canal like section with a good profile

The section ended abruptly at Watling Street which has been widened and dropped so no trace of the old bridge remains. However, there is a sewage pumping station in the point the canal appeared to cross.
Posted by Andy Tidy at 6:00 am

Captain, the canal used to go alongside Boat Lane in a cutting then across Muckley common, under the bridge and behind the pub and houses.
There's a garden centre over the canal bed now but when you reach Moat Bank lane you're in for a treat, don't miss the lock and bridge under Walsall Road.
Good hunting!
Dave Howse