Assess east along the canal from Pipehill Wharf is obstructed by undergrowth and private land, neither of which are insurmountable obstacles but with Helen accompanying me on this mission prudence won over valour and we opted to drive to the next bridge crossing. 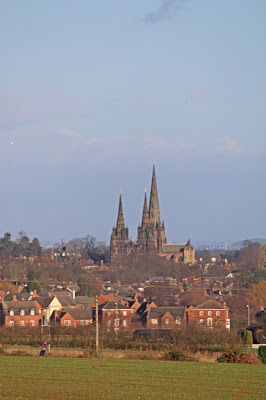 Tantalisingly, the map marks the site of Shaws Bridge half way to Wall Lane, but this is at the end of a field track and not an attractive prospect in the muddy conditions.

Wall Lane looked very hopeful as we drove up to it, a clear narrowing of the road with sturdy iron balustrades on either side but when I stopped and looked over instead of a muddy ditch I found a pair of very rusty rails. The canal and rail lines (both abandoned) run closely all the way from Pipehill to Lichfield and this proximity does offer some help with the levels. At Pipehill the canal and railway were just about at the same height so, with no locks in between, you would expect to see the same at Wall Lane. 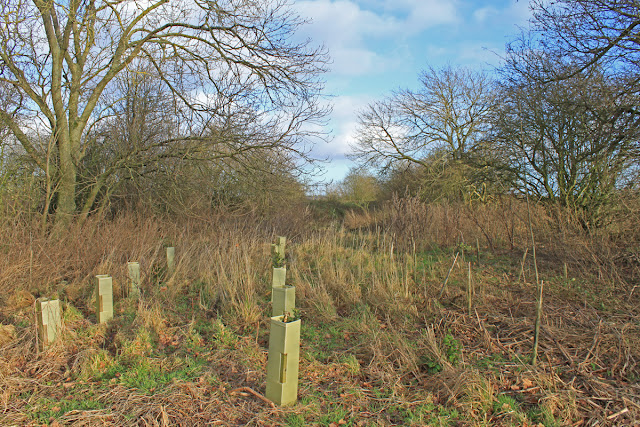 Sadly the canal line has been hugely filled in to the point that there is no real trace of the bridge which carried Wall Lane over it. Undeterred, I clambered over a gate and went to explore the line to the west - back towards Pipehill Wharf. 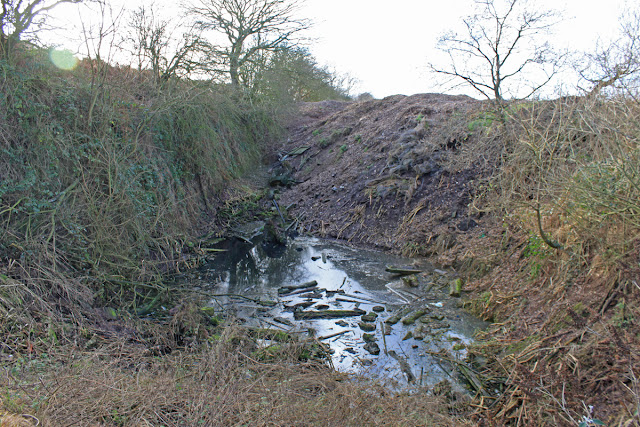 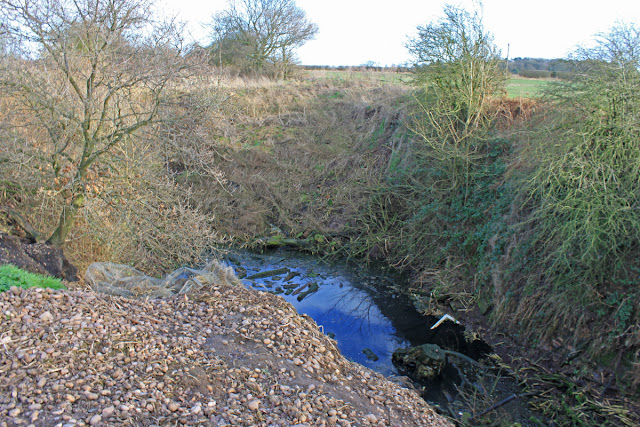 The remains of the cutting above Wall Lane

Initially all there was to see was a classic parallel line of hedges about 20 yards apart, usually a good indication of a canal route, but then the land fell away to reveal a narrow cutting dug through sandstone with a vertical cliff still visible sinking into a fetid pool of what could loosely be called water at the bottom. It was on the right line and at the right depth and so if it looks like a canal and by jingo, it smell like a canal - it must be a canal! Sadly this impressive fragment is just that, a fragment. 50 years of farm tippings have been invested in this site and at this rate it will be gone on another 10. That said, the infill is all removable but I dont envy the WRG the task ahead of them. Recently the farm has been dumping rotten potatoes and what appeared to be a mound of rounded pebbles well able to support the diminutive frame of a 17 stone canal hunter. Sadly the compressive capacity of the nearly rotten vegetables was much reduced and I found myself knee deep in foul smelling slime.

I was tempted to press on along the farm track and try to reach Shaw's bridge from this end but the sound of shotgun fire at close range rather put me off and I postponed this investigation for another (safer) day. 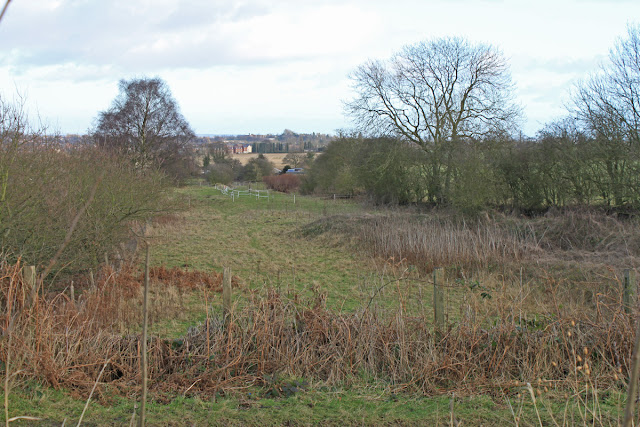 This site offers fine views of Lichfield Cathedral and I suspect that this longish pound half way up the flight will be a moorers favourite in years to come.
Posted by Andy Tidy at 6:00 am

Need I remind you that discretion is the better part of valour ...?!