Access from Watling Street to Walsall Road is tricky. 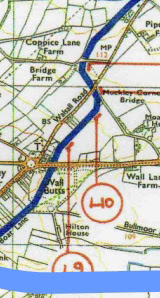 The canal route with locks 9 and 10 is lost beneath farmland followed by a nursery where a strip of land bears testimony to its past. 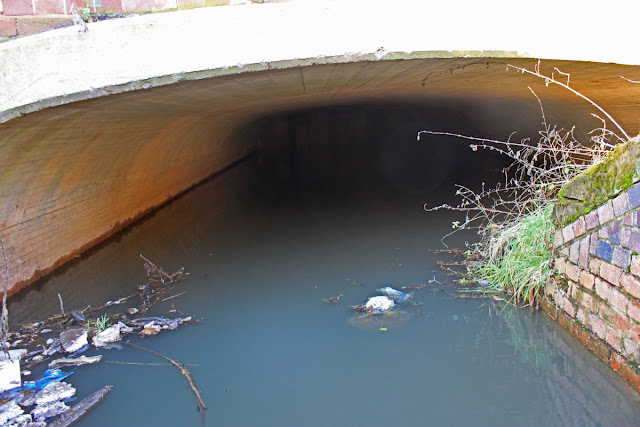 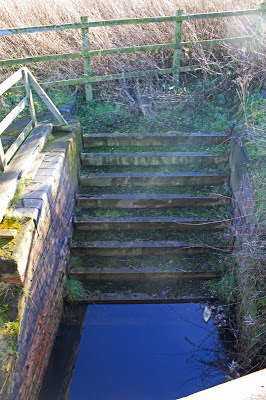 Finally access is regained at Muckley Corner Bridge where the canal track runs alongside the lane and terminates with the remains of Lock 11, its tail hard up against the modern road bridge. At the time of our visit the site was saturated, flooding the new bridge arch almost to the top and the lock wings complete with their rope grooves diving into the murky depths. 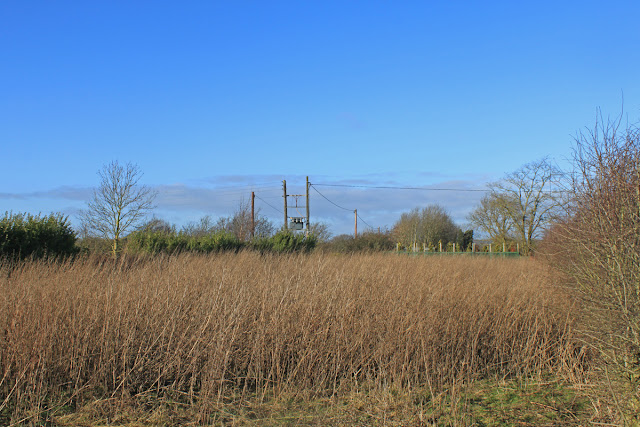 If that wasn't enough, we nipped round into Coppice Lane to have a look at the next road crossing. At first glance this was an unpromising site but then, as I peered over a gate, I saw a familiar straight line - the edge of lock 12. Closer inspection revealed the concave remains of the gate hinge together with the associated ironwork. 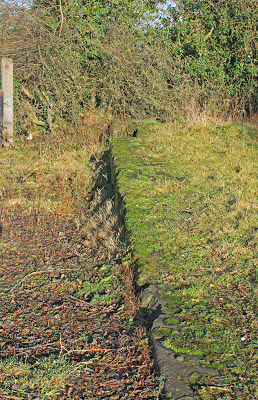 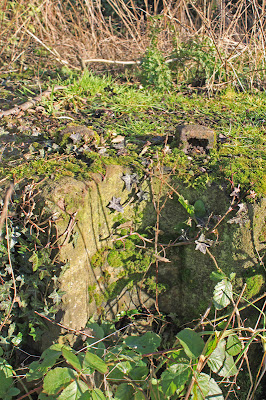 Side of lock 12 with gate hinge

Immediately below the lock you will find a mound of ivy, and if you take a second look you will see that it is yet another pipe bridge, still painted green with a control tap on the top. 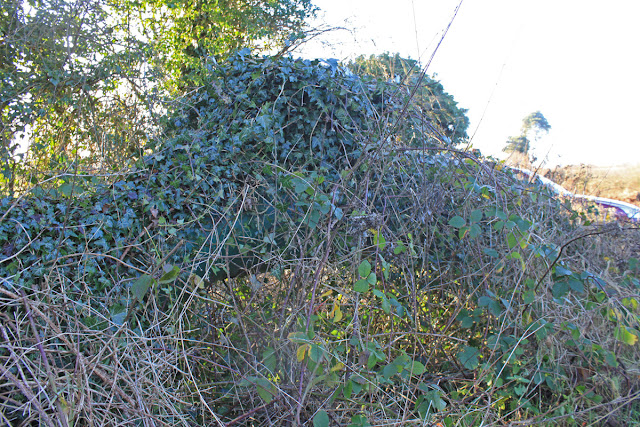 Pipe bridge over the tail of lock 12 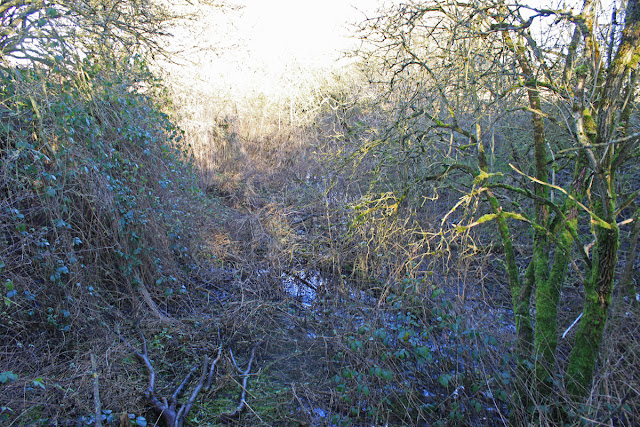 Start of the watered channel

Lock 12 drops the canal into one of the longest pounds on this canal - nearly a mile long. Remarkably, this stretch is still in water fed from a modest ground water supply - one of the few water sources available. The watered channel continues north east, its cutting giving way to an embankment as it approaches a water pumping station.
Posted by Andy Tidy at 6:00 am