And so we come to the end of our exploration of this abandoned canal. True, there are three miles remaining but these are under active restoration and so don't really count for my purposes. 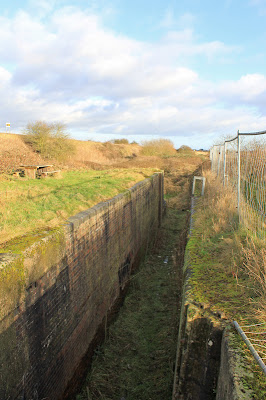 I could bring the hunt to an and at Wall Lane but I couldn't resist moving on to Fosseway Lane and having one last look at the canal as it is slowly being awakened from its 60 years of slumber. 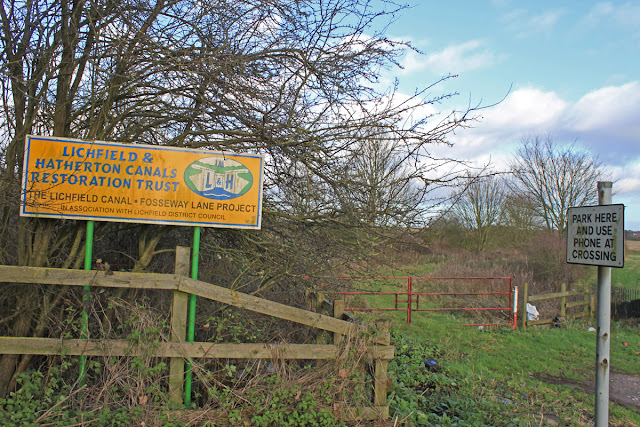 If you are in any doubt about the location of the canal crossing the buildings next to the railway level crossing give the game away. To the west there is the Canal Nursery and opposite is Old Canal Cottage, complete wilt a little narrowboat on its sign.

Park next to the Canal Cottage, and old lengthsman's house, and you will find a path to lock 19 which stands tall and proud, largely restored and ready for business. This lock is surrounded with metal fencing but nothing prevents you entering the chamber from below and taking a close look at how it was constructed.  One thing is immediately noticeable - an absence of water. Even after months of rain there was only a token seepage into the lock and securing an adequate supply will be key to the restoration of this area. 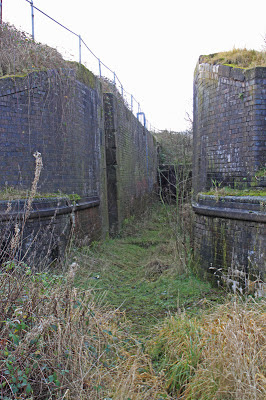 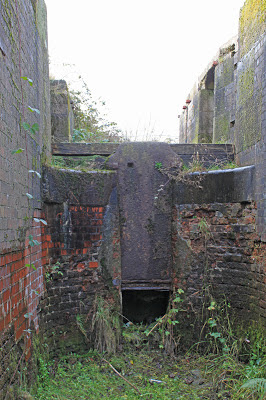 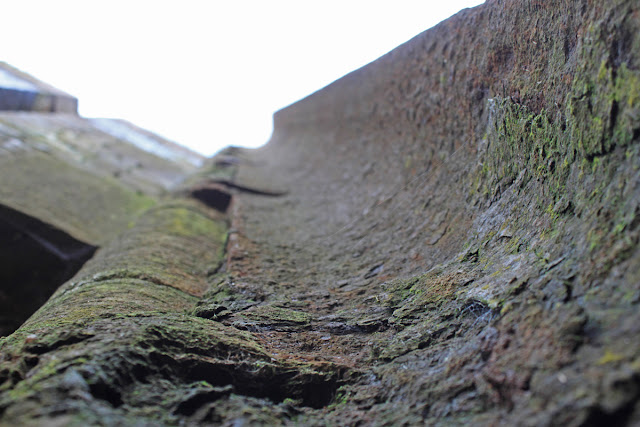 I did take the liberty of climbing out using the emergency ladder but a word of caution - one of the bolts at the top is loose and it gave a good rattle and I hauled myself onto the weed covered lock margin.

Originally the canal route continued beside the railway before crossing the Birmingham Road at Sandfields Basin and Lock 20, near the modern Peugeot Garage and Duke of Wellington pub. But for the future the canal will bear away south after Lock 19 and follow the line of Falkland Road down through a couple of locks to Birmingham Road and then under the railway embankment to rejoin the old canal track to the south of Lichfield.

Having gone so far I have determined to return and see the restoration work for myself, but it will fall outside the lost canal remit. 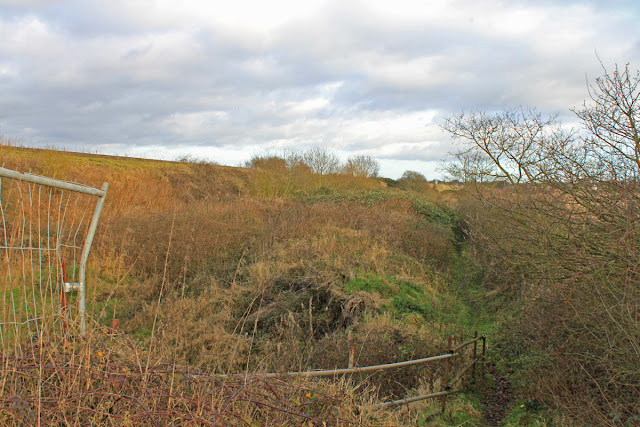 So that brings this short series to a conclusion. This has possibly not been one of the most rewarding hunts but it has not been without its unexpected finds. The absence of a right of way along the towpath is a significant hindrance and the bridge hopping alternative fails to really satisfy. From a restoration point of view I can see some major achievements but also a huge number of obstacles on the shape of dropped bridges, smashed locks and private concerns built on the canal route. This is going to be a long slow path to full restoration.
Posted by Andy Tidy at 6:00 am

While I can appreciate your frustrations over access for me at least this has been a most worthwhile and enjoyable series of posts. I've often looked at the canal from Google Earth but seeing your photographs has really been informative. I now have a much better idea of the condition of the canal - and the challenges facing the society in completeing the restoration.

I shall look forward to your reports on the sections under restoration.

A brilliant set of info I have to say Andy...thanks so much for sharing. Will have to revisit this stretch soon and see the bits I missed. Hopefully avoid the knee deep in putrid spuds bit...cheers Craig