Having crossed a featureless field the line of the canal emerges onto the periphery of the M6 Toll Motorway through the site of Lock 8. This Lock sat within an area which is marked out ready for restoration, although the chamber itself is gone as far as I could tell. 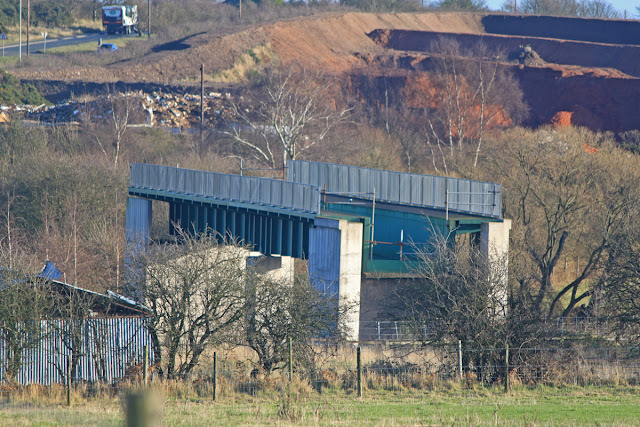 Then the canal throws itself off a cliff so to speak, launching itself into the void created by the motorway cutting. The construction of the motorway could have been the last nail in the coffin of the Ogley Locks restoration but LHCRT manged to install an aqueduct which now stand as a silent statement of intent of things to come. 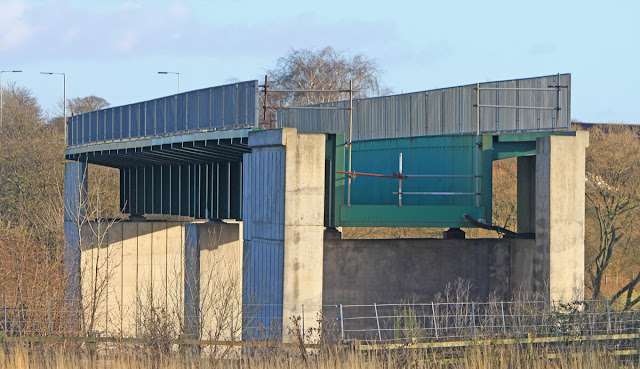 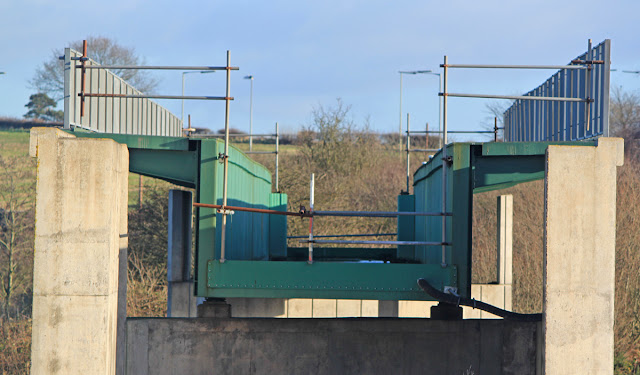 From a historical perspective this is, of course, a completely non authentic structure but given its significance I have given it a complete post of its own. 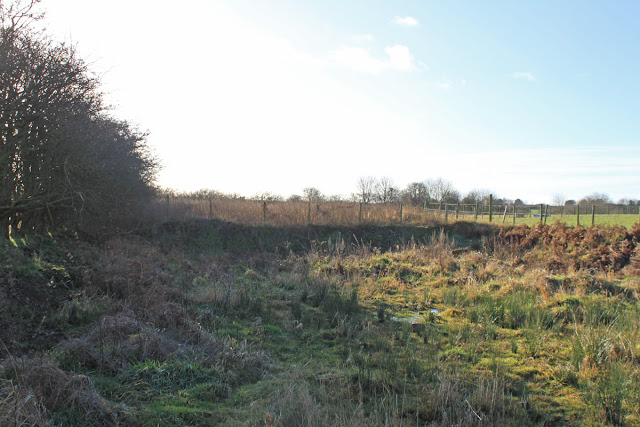 Beyond the aqueduct the canal twists round to the South East behind a quarry and on to The Boat pub, but its line is inaccessible.

Hi Andy,did you access the site of the aqueduct by traipsing through the field from Barracks Lane via site of locks 6,7,8? According to the DVD from the LHCRT lock 8 is still intact just before the canal vanishes for the toll road and aqueduct....
Cheers
Craig

Craig
There were people tending the horses in the fields opposite Barracks Lane so I bottled out and approached the aqueduct site via the access road. The site of lock 8 is apparent but covered over. Not that it will be used again as the aqueduct it at a higher level.

Andy
I may be being a bit dense,but is the access road the next right up Barracks Lane, and Is the canal bed fenced off from the site where you took your pics of the west end of the aqueduct? Regards access to the field from Barracks Ln...I wonder who owns the land and whether a quick request for a,wander through would be met kindly by these horse people ? I myself have not been challenged on private land...yet. Cheers Craig

Craig
The access road is a continuation of Lichfield road, cut off by the M6 toll. You can park in the entrance next to the roundabout. The end at the Aqueduct end is fenced off and I dont think you could walk through (but I was with Mrs T so I wasnt up for much trespass). If you wandered into the field across from barracks lane early in the morning you probably wouldn't be stopped. Have just had a look at the section into Lichfield - expect a post shortly!

Thanks Andy...will have another look in that vicinity. Look forward to your posts about the rest...I myself walked from Fosseway Lane into Lichfield last week...was impressed with the long stretches of brickwork along the canal as it runs,alongside the railway between lock18 and the new housing development by the Sandfields Pumping Station. Had a butchers around Darnford Lane too and the ruins of lock 29 were a highlight . Thanks Craig