We will start our exploration of the lost Ogley Locks flight at Ogley Junction, about half a mile from Catshill Junction in Brownhills. 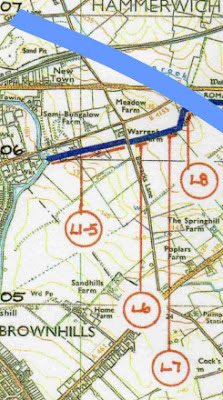 When built this wasn't a junction at all as the arm to Anglesey Basin was a mere feeder from Chasewater Reservior. However, yet more coal was found near the reservoir so it was enlarged and a major wharf built at the far end. 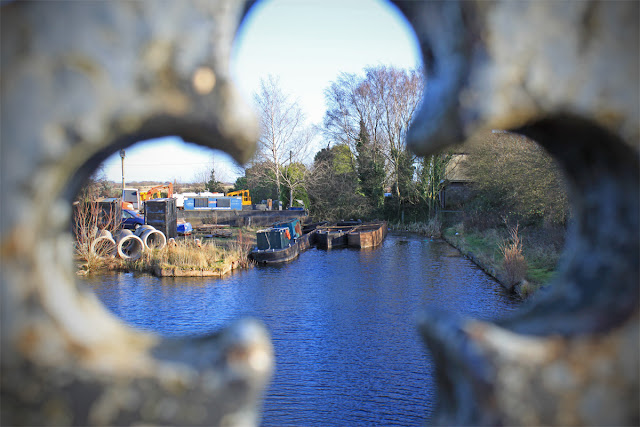 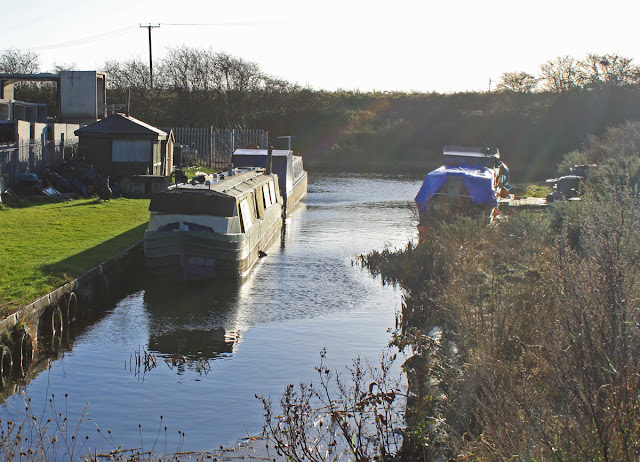 Ogley Junction now sports a sizeable basin, occupied by a handful of residential boats with the bank covered with what appear to be Trust pontoons. The entrance to lock number one was straight ahead from the cast iron roving bridge and immediately in front of the two lock cottages, now owned by the LHCRT as a first step towards the restoration of this end. 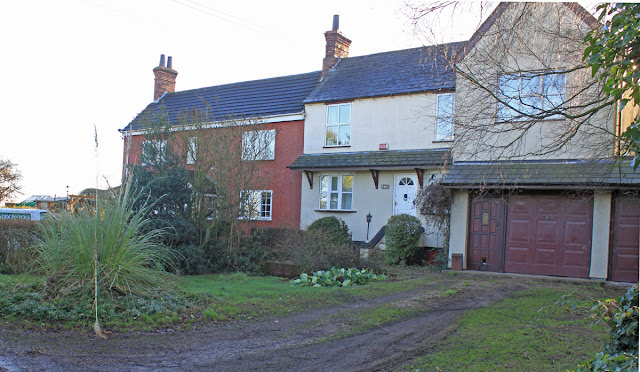 Ogley Lock Cottages next to lock 1

The first five locks came thick and fast with numbers 2 - 4 lying beneath a garden centre and the gardens of houses built between Ogley Junction and Barracks Lane where the canal emerged from behind a farmhouse and on into the fields beyond.

As there is no line of sight up locks 1-5  this is an image of the parallel road which shows the hill the canal climbed up: 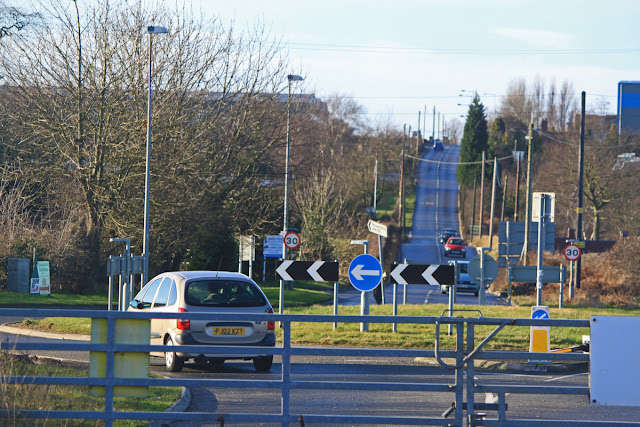 Sadly, there is not much to be seen today as the line has been completely in filled and even identifying the line through locks six and seven is a challenge. 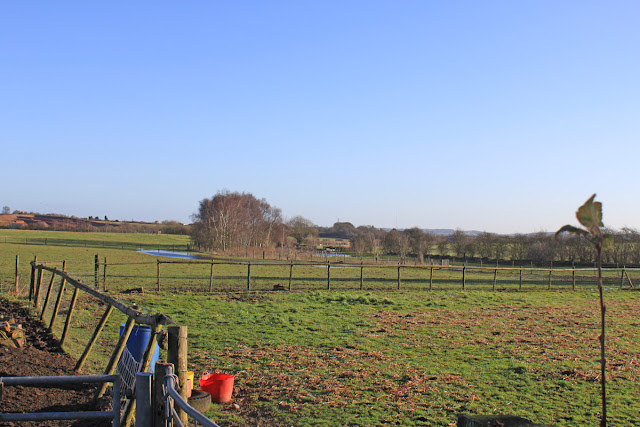 The featureless terrain of locks 6 and 7
Posted by Andy Tidy at 6:00 am

Captain, if you continue down the hill, Lichfield road, then go right at the roundabout, into Barracks Lane within 50 yards you will find lock 5 of the Olgley flight.
Right now, Jan 2013 it is being uncovered and rebuilt.
There used to be a humped back bridge carrying Barracks Lane over the canal right here, which was quite exciting taken at 50mph on my old AJS.
Interestingly the Staffordshire Hoard was found in the field right next to the roundabout, sited at 11-00 o-clock as you approach down the hill from Ogley Junction.

Dave
I must have been almost on top of lock five! I will return and examine.... Shame the hoard wasn't on the canal line as it would have paid fir several miles of restoration.
Andy

Capt you'll find the lock just the other side of the farm / vets buildings on Barracks Lane. I don't know if the building work is part of the canal restoration. It would be interesting to know if it is. The LCHRT site has a very good and accurate route map worth browsing before you go wandering too far.
Regards Dave Howse

Dave. The map I have published was obtained from the Trust - it was part of the pack supplied within the feasibility report so it should be reasonably accurate.