As usual, access to this section of the canal route is challenging. You can track the canal for a while from an adjoining field track but then the secure grounds of the waterworks gets in the way. 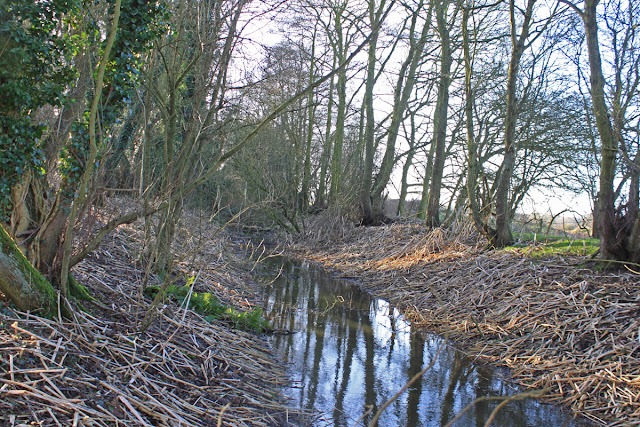 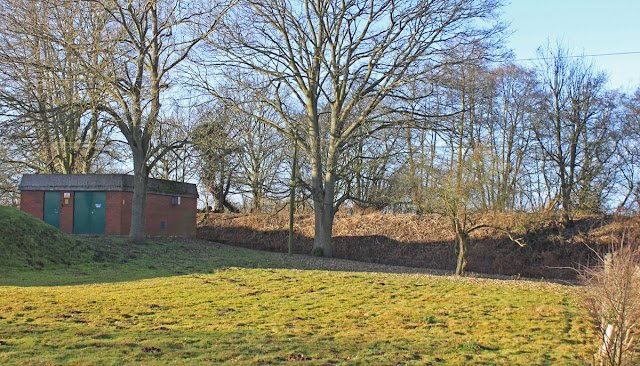 Canal channel and embankment behind waterworks

From the road you can see the embankment rearing into the air behind the pump house, continuing on to a bridge where the canal and a railway run under the road. 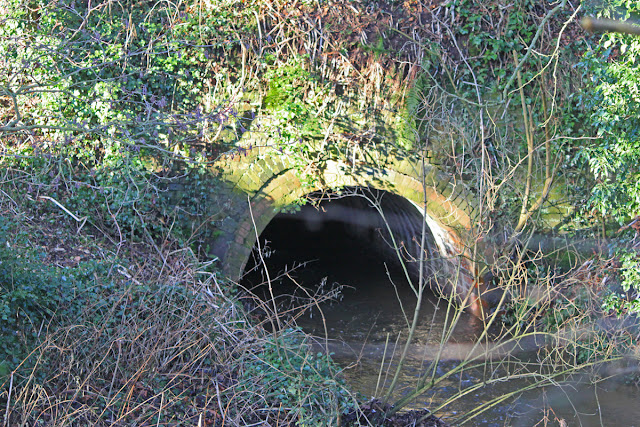 This area offers some of the canals best historic structures, with the bonus of a water filled channel to enhance the illusion of a navigable canal. Shortly after the waterworks you will see a low arch in the embankment, a small aqueduct carrying a fast flowing stream. Surely this must offer a viable water supply for the restored canal? 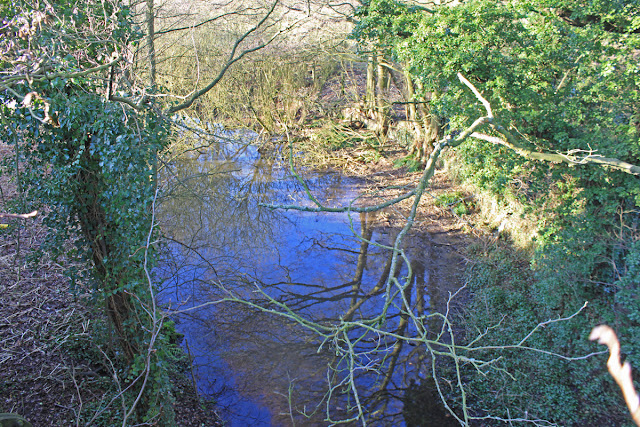 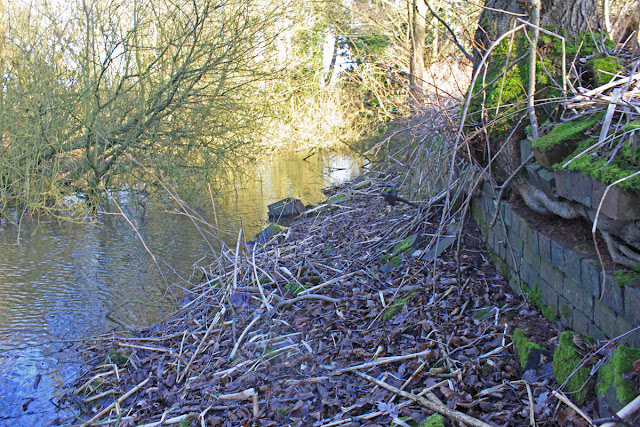 400 yards further on and the canal widens out and it turns under the road. This is the site of Pipehill Wharf located next to the railway and therefore presumably an old interchange site. 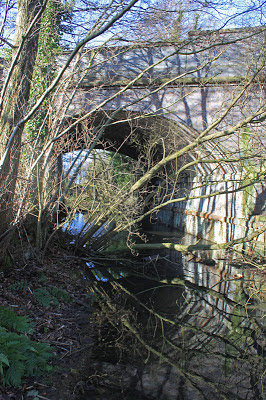 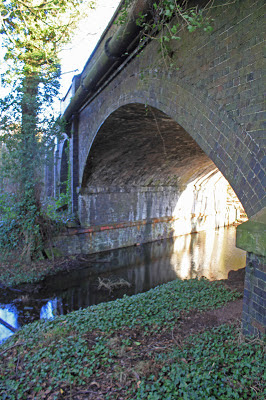 It is possible to scramble down to the canal side and examine the crumbling brick walls of the wharf, and take a walk under the skew bridge and take a look at the channel as it winds its way eastwards and through the next hill. 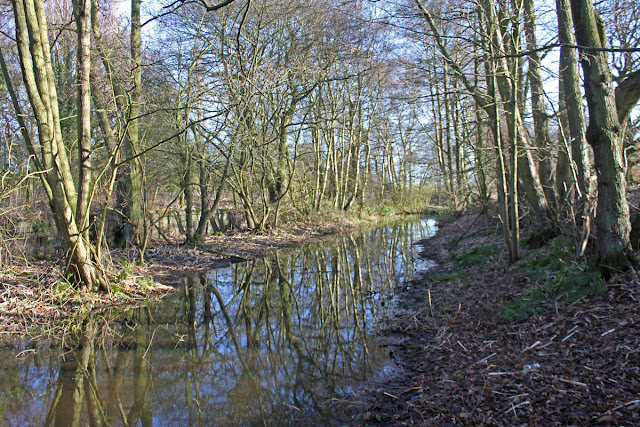 Channel east of Pipehill Bridge
Posted by Andy Tidy at 6:00 am

Like you I'm a member of LHCRT, as was my mother before me, so this series of posts is even more interesting for me than usual.

I've been alerting Sue Williams, of LHCRT, to them so you might hear from her.

I said in my last contact with you that I also shared a family milling connection with you. My maternal grandparents were the last to operate Harlaston Mill. Harlaston is a small village just to the east of the approx midpoint of a line drawn from Alrewas to Tamworth. It was just a village mill, apparently mentioned in the Doomsday Book, but unfortunately the 1930's foot & mouth outbreak, the economic depression and the introduction of industrialy produced, balanced animal feeds did for it. My mother's family ended up in Walsall - where she met my dad & I'm the result!

The mill was a major part of our childhood even though, in the days before the mass adoption of the motor car, we seldom saw it. We just learned about it from my mum's story telling, which was probably the best way.

Hi Andy-this is really interesting stuff...I missed a lot here on my travels. Did you access the canal bed at Pipehill by clambering down at the bridge itself or did you walk along the bed from Coppice Lane? Also, I'm assuming you can then walk from Pipehill Bridge eastwards to come out on Wall Lane..maybe? looks possible on Google earth. Cheers Craig

I absolutely love your blogs about lost canals. It amazes me how you can find the lines of canals long gone to housing estates!

The photos of someone's house almost where the canal once went through.

Keep them up I look forward to them. ;)

Graham - My families exit from the milling trade carried on till the 1970's but mass production killed off the small business. The smell of a mill is very evocative.

Craig
I scrambled down the bank about 200 yards from the bridge in the waterworks direction. There is an overgrown gate which i found on my way out. As for going east from the bridge, i suspect you could get through but there was someone shooting in the area when I visited so i skirted round to wall lane and walked in from that side.