I have often pased the Anchor Inn at High Offley, but never ventured in through its hallowed portal, that is until last weekend.

My leisurely sojourn to Norbury and back brought me neatly to the moorings near this pub on Saturday night. I was out and about with the new camera, photographing some of the many residential boats, and the pub itself as darkness fell when I was invited in by the locals. It seemed rude to turn them down. 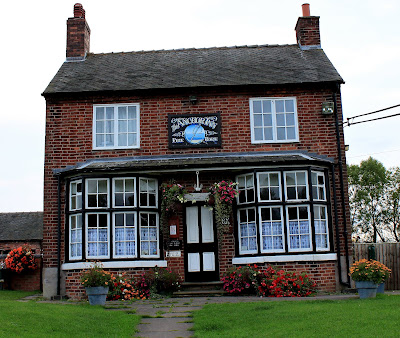 This is a truly amazing pub, even by canal standards as it is one of the few true boatmans pubs which has retained its character with the passing of the working trade. If you fancy a quiet pint and relish anonymity, this isn't the pub for you. Essentially, it's a double breasted house with both front rooms serving as a public bar. In fact, it feels very much like drinking in someone's dining room. This homespun feel was reinforced by the sight of Olive's (the landlandy) ironing piled up awaiting attention in the back room. Beer is served from jugs and, like the TV show 'Cheers', it's a place where everyone knows your name. Sadly, my name appeared to be 'the nutter with the camera'. 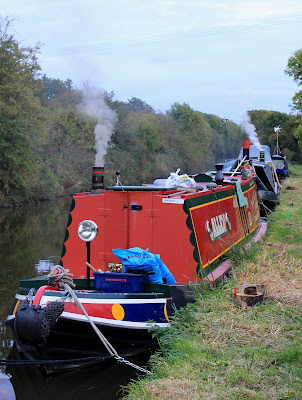 NB Allen - for sale at the time of my visit

The clientele was as quaint as the fabric of the place. The customers were mostly residents of the many liveaborad craft in the vicinity, and tales abounded of bans from other pubs, characters of note and above all, skirmishes with the dreaded BW. The strange thing that dawned on me after half an hour or so, was that somewhere between Brewood and Norbury I had passed from the Black Country into rural Shropshire. This is obvious from the scenery, but the fact that the local accents change so completely over a distance of just 10 miles or so was quite striking. 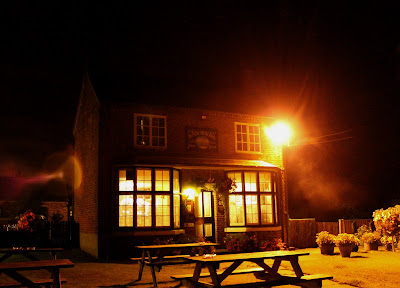 Given the intimacy of the place it was impossible not to be thrown into the local community, and I spent a very pleasant hour or so soaking up the atmosphere. All in all a most unusual pub and one not to be missed.