One of the benefits of being a exhibitor at canal festivals is the opportunity to scoot round before opening time and hoover up any tasty waterways linked morsels, like this publication from 1977. 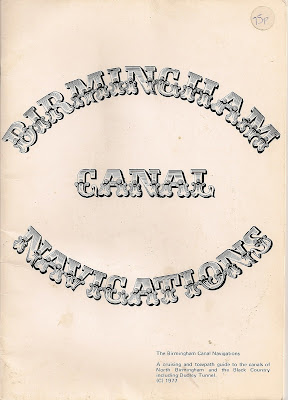 Its a well presented little booklet, aimed at encouraging boaters to explore the mysteries of the BCN. This account takes me back to the days I crossed the BCN with my parents in the late 1960's, and we would have been one of the crews Mr J B Phillips (President of the BCNS) hoped would stop and explore rather than making a mad dash from one side to the other, seeing the BCN as a necessary evil crossing the route to somewhere nicer.

Obviously, the routes themselves are little changed but the surroundings are often  unrecognisable after 35 years. Acres and acres of buildings have gone and whilst there are still industrial echoes here and there, the drums of industry beat more loudly back then. 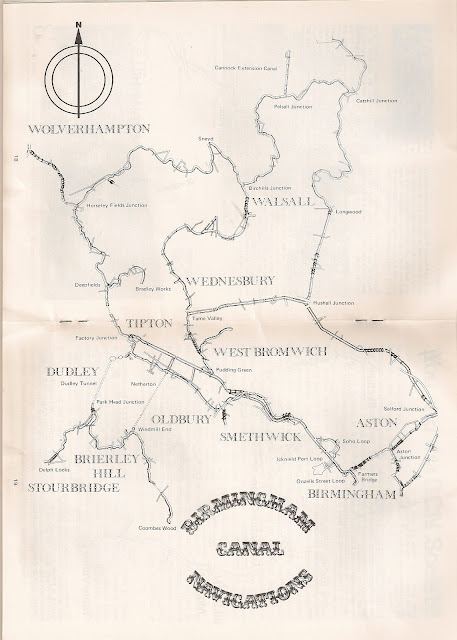 I particularly liked the centrefold map of the BCN, possibly one of the best I have seen if you want a reader to take in the entire network at a single glance.

Then there are the evocative black and white photos, including the unusual bascule bridge whose foundations remain on the Walsall Canal, answering the question I have asked every time we pass by. 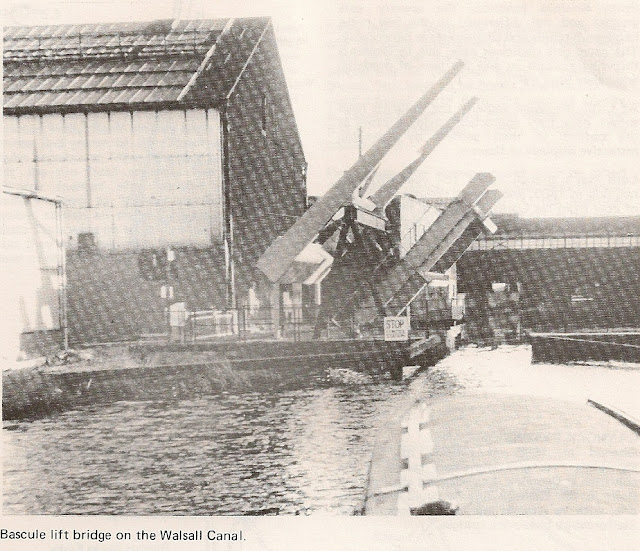 Then there of the 1951 image of the venerable Spey, a wooden tanker operated by Thomas Clayton of Oldbury and a craft which remains operational and last sighted by Wand'ring Bark in Droitwich in July 2011. 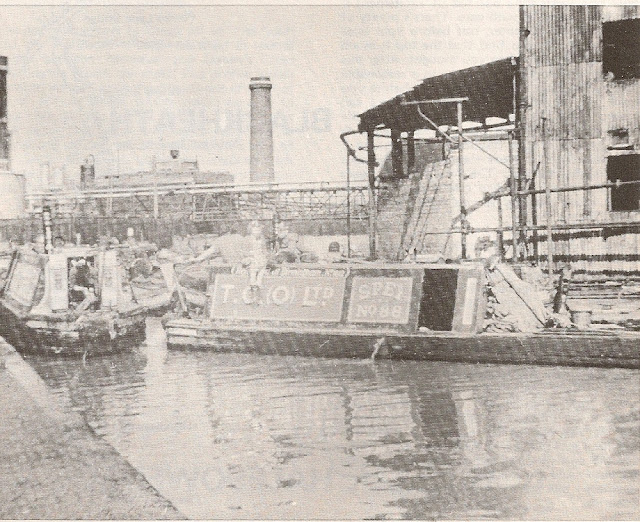 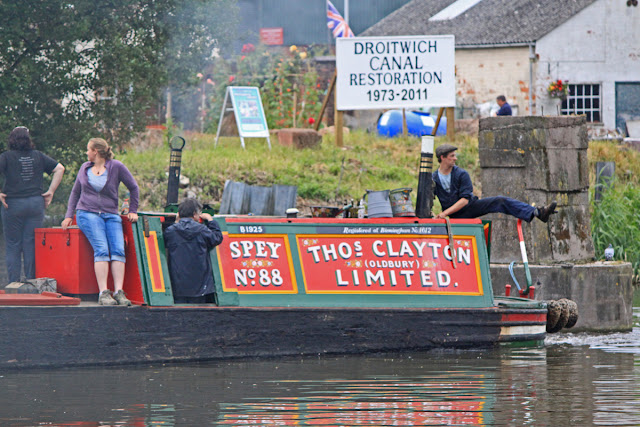 These period publications provide a good benchmark of distance travelled. 35 years of muddy water has flown sluggishly under the bridge since then and today I would have to say that the northern reaches of the BCN are now in better heart. Only today I received a copy of the BCNS's Boundary Post Magazine with letters praising the quality of the Wyrley and Essington and the improved state Wallsall Canal whose historical significance counteracts is lack of punch in the pretty stakes.

Certainly worth its place in my collection of BCNalia.

Do you have to do ballet to steer a boat?

Hi Captain - what a grand find! You're right, the centrefold is a stunner! I wish I had one.

Are you out on the boat at the moment? Didn't see it in the marina yesterday? Heading down the Shroppie are we likely to see you both? Doug and James

Doug and James
You are right - WB is out but sadly we are not on her! Some relatives have her for the week - we have a trip planned down the Severn in a couple of weeks so we will be heading in opposite directions!
Andy