After a bit of a slog up the B5476 I finally arrived in Quina Brook, a once thriving hub which included a inn, coaching station, canal houses and of course a substantial array of lime kilns which were raison detre of the canal's existence. Well, Actually the plan was to reach Prees itself but having reached the kilns of Quina Brook in 1806 they were out of money and out of enthusiasm. 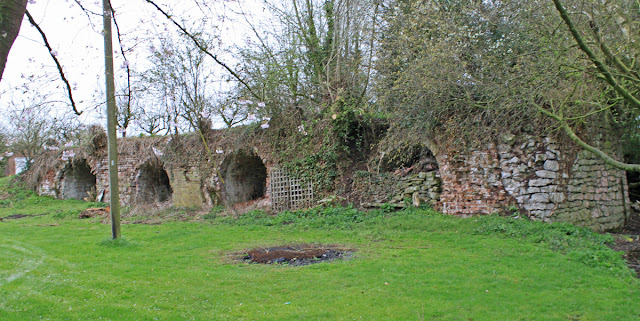 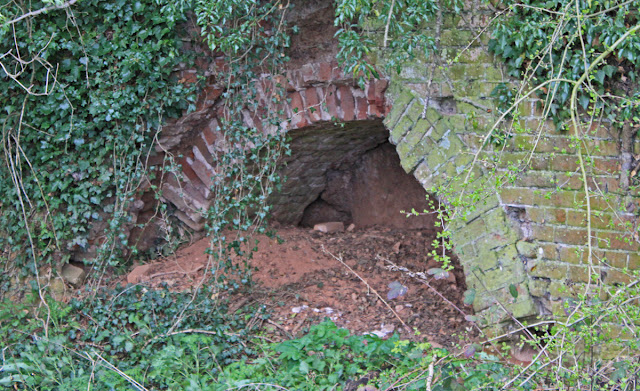 
Even in the driving rain it was easy to get a sense of purpose about the place, a hive of industry hiding beneath a rural veneer. The thing which puzzled me was the source of fuel for all these kilns. I am not aware that there were any coal deposits in the area so I guess it was all brought in by canal. 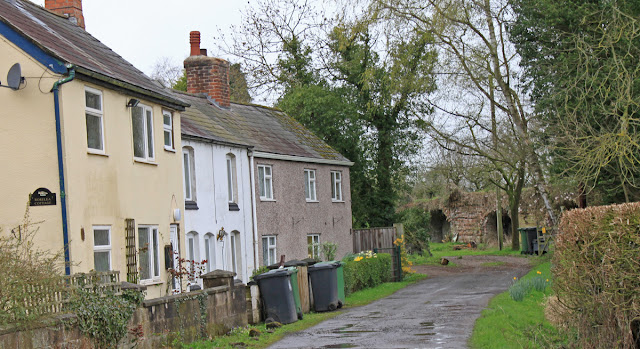 
The site comprises nine lime kilns, four which are collapsing in the garden of a house which stands on the line of the canal and a further five in a low bank nearby. These second five are in a poor state of repair but two draw pits remain intact giving a good idea of the scope of the enterprise. 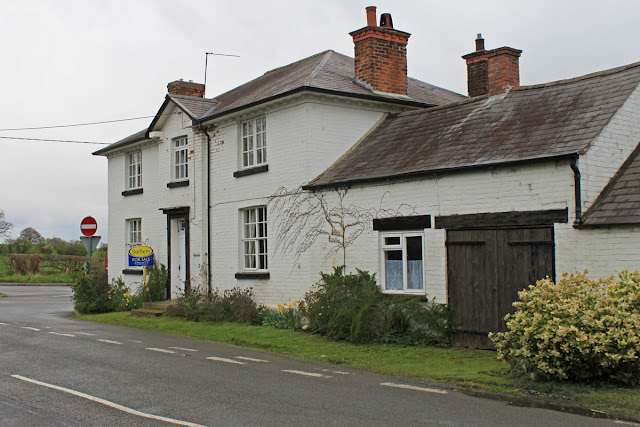