Its all ying and yang on this route - all locks and no distance yesterday and visa versa today. 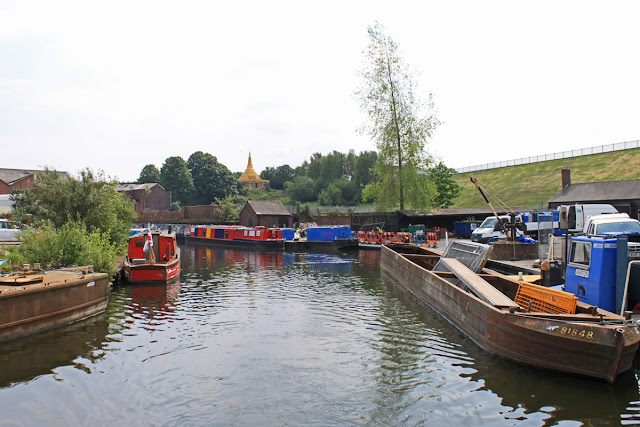 But the constant theme is the sun - yet another day of clear blue skies - the fifth in a row. What a way to start the day, birds crying out from the trees which line the canal, their new leaves dappling the cut in shade.

The first landmark of the day was Wast Hill Tunnel, or is it West Hill - I see both descriptions on the maps. Its one of the biggies and today it was particularly foggy in the middle. The odd thing was that it was foggy ahead, reducing visibility to 100ft in places but then clear behind. I can only conclude that the pressure we caused created the mist. All in all it was a particularly eerie place to be. 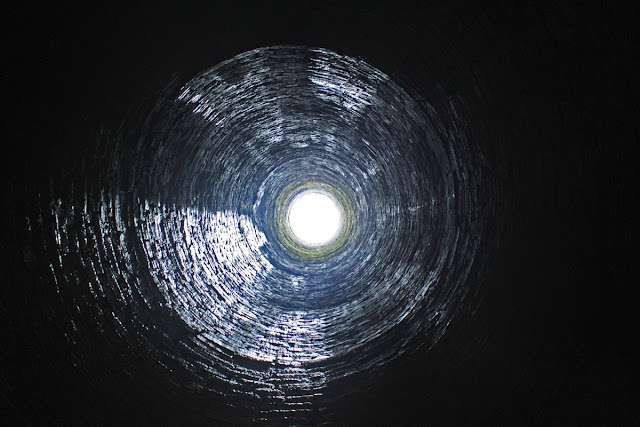 I was struck by the light streaming down the ventilation shafts and set myself the challenge of photographing the phenomena. Easier said than done as I couldn't get the auto foucs to lock on, I could see very little and of course the boat kept moving! I did end up with one slightly blurry image which gives an idea of how it looked. 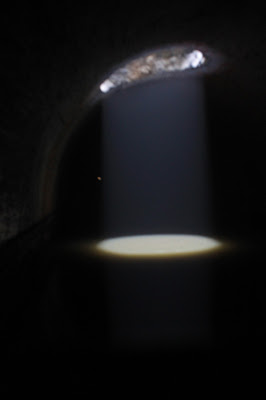 We took advantage of the service boat in central Birmingham, buying a new tank of Gas but passing on the diesel at 99p plus self declared tax. Much cheaper at Oxley Marine (87p).

We did pause long enough to get some supplies from the shops on Broad St, noting the hoards of office workers taking their lunch in the sunshine of Brindley Place. I was so glad that I wasn't among them. 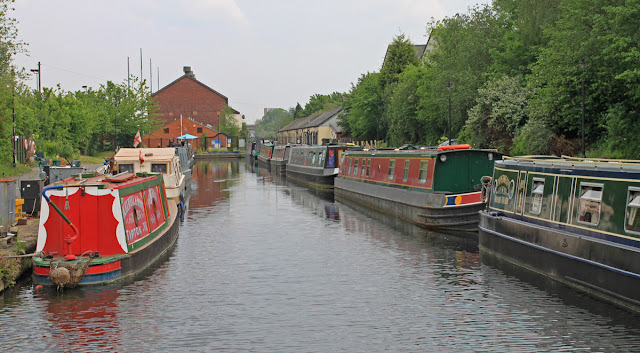 For a bit of variety we took in the Loops. Icknield with its BW yard and the Soho Loop which offered an opportunity to enter Hockley Port for the first time - and was punished by a jacket round the prop.

We continued on Brindley's route, rising up the three locks at Smethwick, scene of four tragic deaths in recent months. Of all the BCN this area is one of the dirtiest. The prop was never fee of rubbish, chucked into the cut by uncaring locals. Don't expect to make fast progress in the Smethwick area.

All this muck resulted in several weed hatch visits and much to my surprise I discovered 6 inches of water in the engine bilge as we passed Titford. Silly me, I had left a foreign object trapped in the weedhatch seal. Easily solved but a pain none the less.

The old main line is pretty, but it does have a tendency to be weedy. As usual the lillies were coming up and coating the canal margins. Keep to the navigaton channel and you are OK but stray into the edges  on a foraging mission and you will spend ages trying to get the prop clear again.

We slipped into the Black Country Living Museum at 6.00pm and made a swift exit to pay homage to Mad O'Rourkes who offer a splendid Monday special - a choice from a limited menu plus a pint of Lumphammer for a fiver. Cant be bad.

And so another day played out beneath a cloudless sky. Perfect.