This is something of a vintage publication, released in hardback in 1976 and in paperback in 1980, a product of its age. 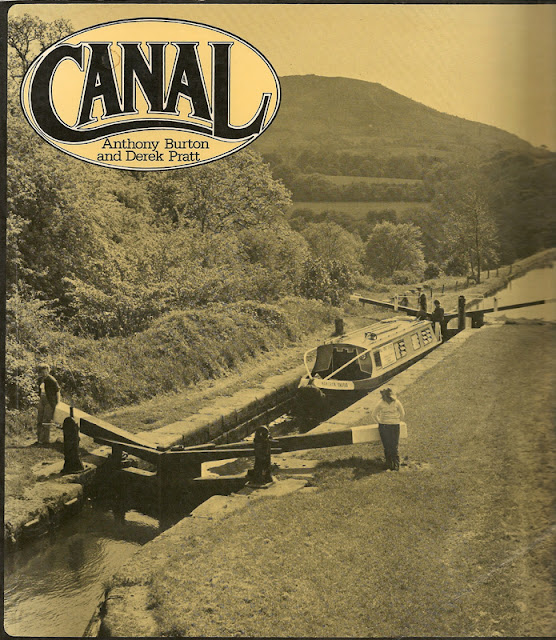 It came out whilst I was still at school, enjoying the canals on hireboats with my parents and its format seems to have more than a passing resemblance to the Longmans French textbook I agonised over. Not that the content is dull, far from it, but the typeface make me start to recite il et, tu et etc. I hasten to add that I was asked to leave my French class after three years due to a very apparent lack of any skill or enthusiasm.

I found this book, along with a number of others, at that bookshop in Lyme Regis. Whilst the dated fonts sent Francophobic shivers down my spine, I was drawn to a number of Derek Pratt's black and white images. There showed a number of classic canal locations looking as they did in the mid 1970's and very different to today. 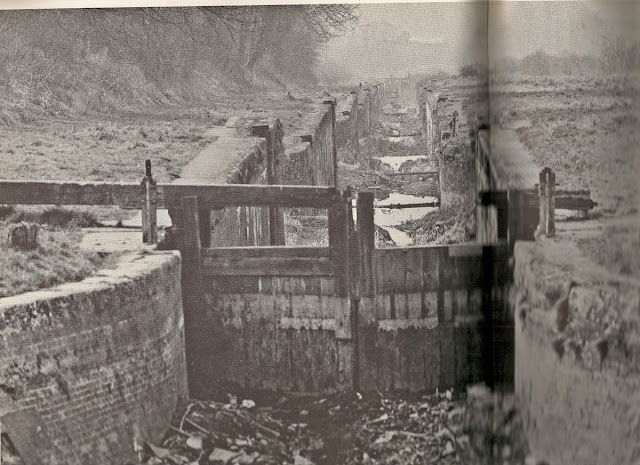 Its hard to imagine Devizes on the Kennet and Avon looking this this - an abanoned and desolate spot with empty, gateless chambers stepping down an obscure hillside in Wiltshire. 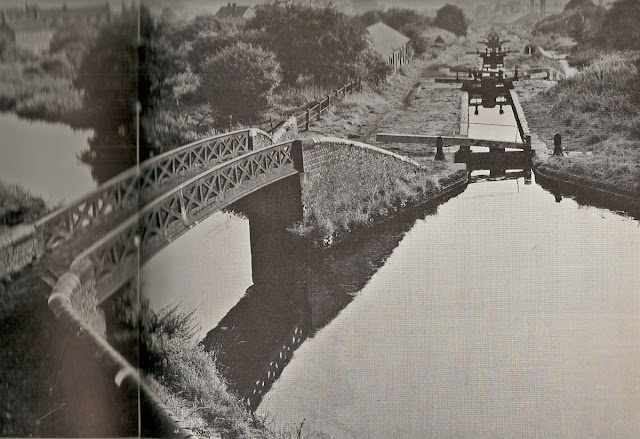 Delph flight on the BCN

Then again, the BCN is much changed as well. The Delph flight was once an obscure an overgrown backwater. These days it has all been smartened up, the lock surround paved, the side pounds cleaned out and the cascading overflows shimmering up the hillside. Whilst I applaud the improvements, I have to say that something of the magic and mystery has been lost along the way. 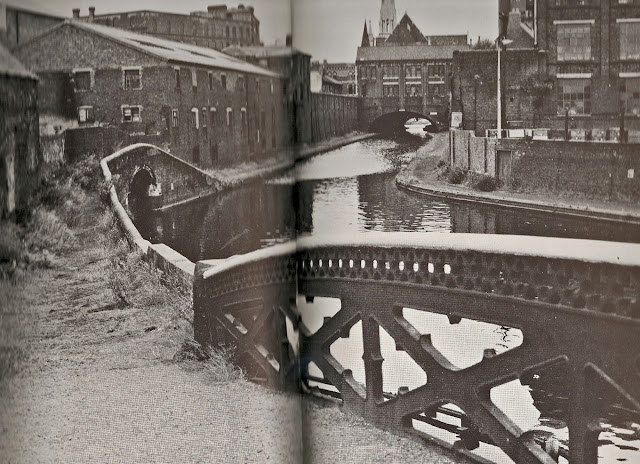 The last image I will leave you with is of Birmingham city centre, looking from what is now the ICC to Broad St. At the time the author was lamenting the loss of the old city surrounds in Gas St Basin, desecration by development - but few voices of discontent are raised now. Far from it, Brindley Place is heralded as a case study in the positive way a canal front can be used to enhance the rebirth of an area, and copied many times elsewhere.

Derek - my apologies for the poor quality of the scans. The book is well worth the £3 I paid for it - available from an obscure second hand bookshop miles away no doubt!
Posted by Andy Tidy at 6:00 am

Just managed to buy one on eBay for £2.65 delivered! Looking forward to reading it. Thanks for the review sounds just what I like and it will remind me of my childhood days on the banks of the Walsall Canal and teenage wanderings on the BCN & Dudley Tunnel.

Thanks too for your lost canals - some of the most interesting blogs anywhere.

Graham
I hope you enjoy it. There are times I think I enjoy tracking down the lost canals more than cruising the open ones (well - nearly!) Andy

You may or may not wish to publish this.

A suggestion, given your interest in all aspects of canals, have you ever been right through the Dudley tunnel? If not I recommend it.

The normal way to go through these days is on the tunnel trust's electric boat. This is great but for me it had one major drawback and that was the noise of the propeller.

Being a veteran of the early days of the efforts to save the tunnel I remember well legging an old joey boat through. Usually it was a Sunday morning and the boat was fully loaded; no health & safety to worry about then. We usually got through in an hour and a half with the trip back taking a little longer, because lunch was taken at a local pub. I even once legged a boat through with just one other person - that took four hours!

The atmosphere of a legged passage is totally different from a powered one and obviously much closer to how the tunnel was intended to be worked. I don't know how easy it would be leg through these days but I guess that if anyone could fix it you could.

Now there is an idea Graham. I took the tourist trip into the caves about 6 weeks ago for the first time and looked longingly at the rest of the tunnel and promised myself to do the full trip sometime soon. But a full length legging exercise - that would be fun. I will contact the Trust and if possible get a gang of enthusiasts to do it together. Andy

I'm sure the BCLM would be able to find you a suitable butty.

For the full hertiage experience though the most modern form of lighting allowd is the hurricane lamp!

Graham
I have sent and e mail to the Trust to see if they will let me, and the BCLM was next on my list for a day boat. If I get this off the ground do you want to come through?
Andy