The Chesterfield Canal Festival marked the first waterways based event for Wild Side Preserves, following hard on the heels of the website launch last week. 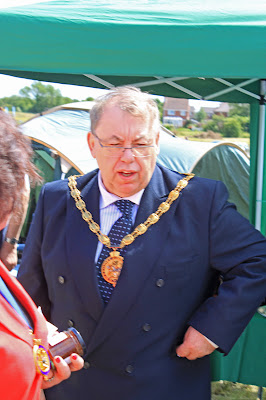 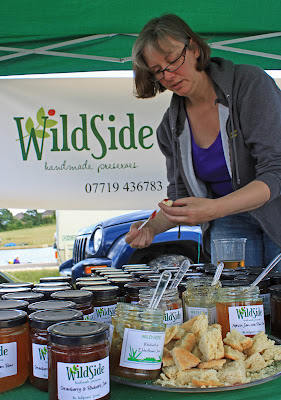 It is slightly odd, switching from attendee to exhibitor, and surprising how much you don't get to see when there is a job to be done. My support was hampered by my recuperation from surgery, but I guess that is what having a strapping great 18 year old son is all about. Jeff's muscles were put to good use, setting up the stall and moving all the boxes of jam. For my part I supported the event mainly in a supervisory capacity, directing operations and providing sales support where necessary. 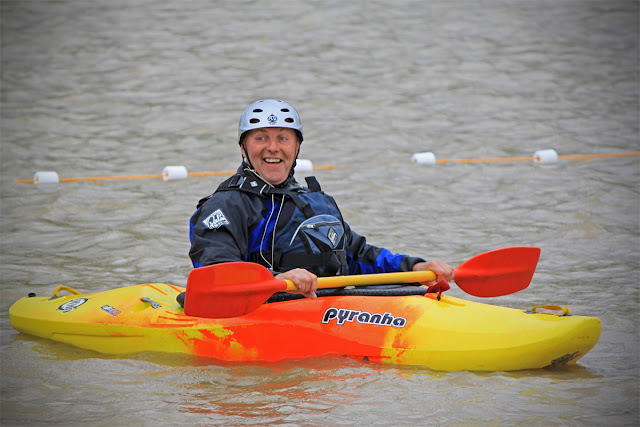 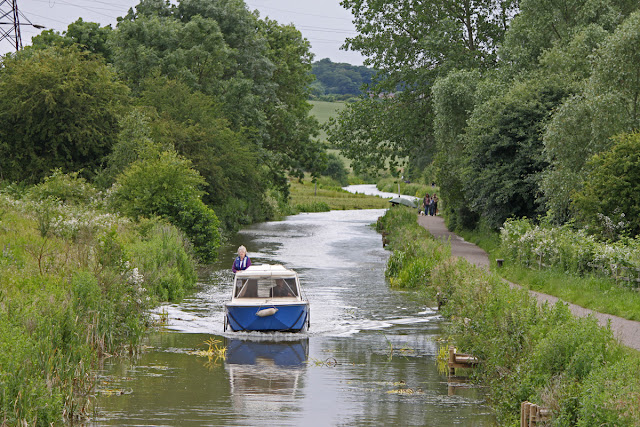 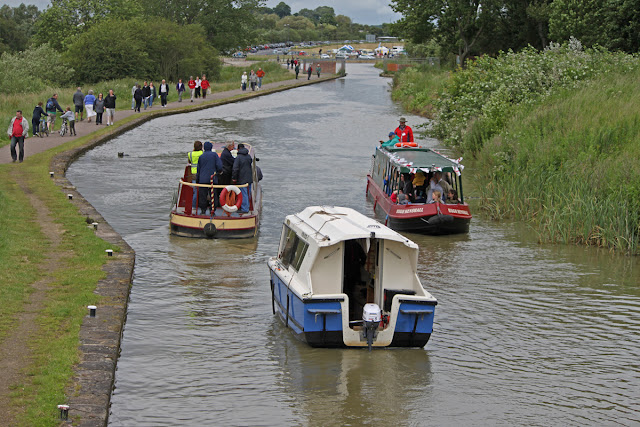 I still find sitting uncomfortable so I made it my business to have a stroll around from time to time, snapping away at images which caught my eye.

At the time, the weather seemed a bit poor, very blustery and a constant threat of rain which mercifully kept away for the duration of the festival. I would like to offer a heartfelt thanks to both the Sleaford and Grantham Canal Societies who occupied the pitch next to us on consecutive days. Their sturdily built gazebos with huge pegs offered both shelter and a secure anchor point for our guy ropes. Without them I fear that Wild Side Preserves would have not only launched but become airborne as well! 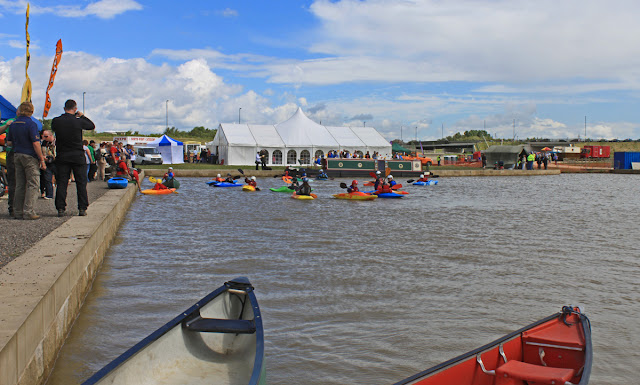 As ever, as soon as people taste the product they become both enthusiasts and advocates and it was really rewarding to have other stallholders scurrying over and asking for specific product lines on the recommendation of others. As well as selling loads of jams, we completely sold out of the chutneys, with "Blow your head of Chilli Jam" being the hit of the show (soon to be available on line). 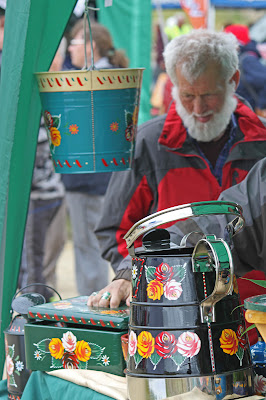 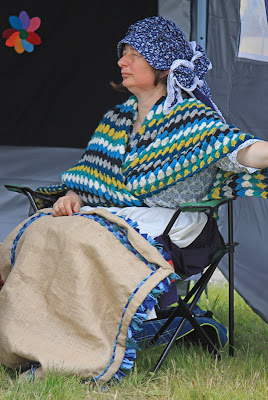 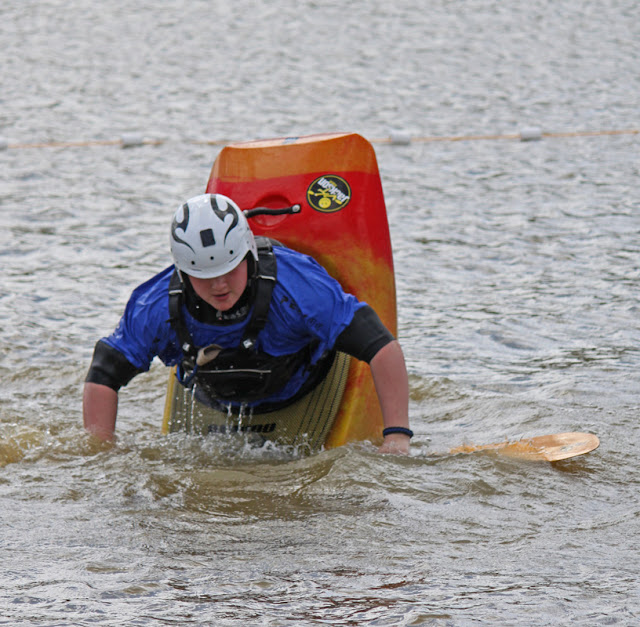 Lots of watery stuff to watch

As for the show itself, it was staged round the new basin at Staveley, the showcase spearhead of the Chasterfield Canal as it presses on to Killamarsh and beyond. The great and the good attended including all the local MP's, Mayor and senior council officials - basically the movers and the shakers with the whole event creating an atmosphere of vibrancy and dynamism - it must have done wonders for enthusing the powers that be to support the next phase as the project makes its way south. But is not just about putting on a show for the bigwigs. The event brought the locals onto the site in their hundreds, engendering a sense of ownership - a vital ingredient in any restoration effort. 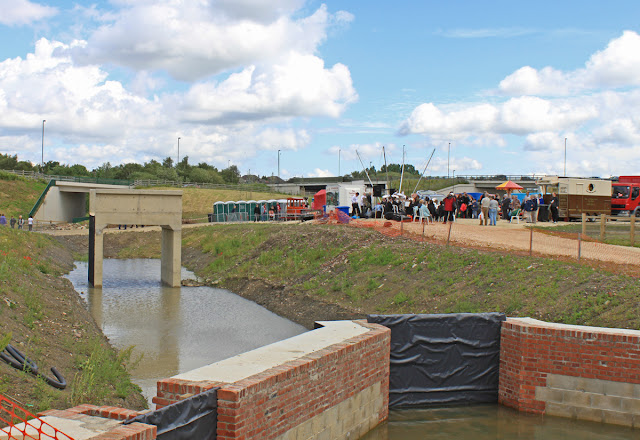 The whole thing was a bit of a jamboree, something for everyone be it a steam engine, brass bands, the local MG owners club, model boats, falconry, kayaking and of course boat trips on the five or six craft craned in for the event. 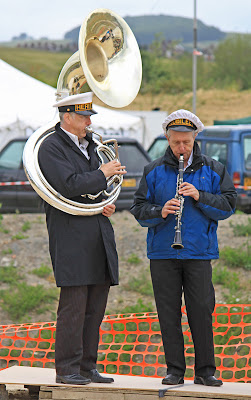 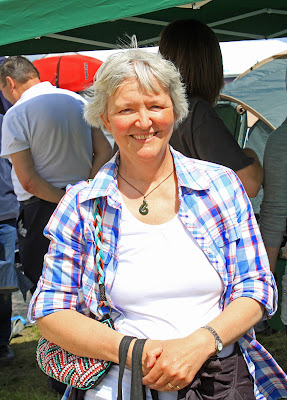 
To be honest, it would be nice if there were a few more waterways linked stalls, but that is one of the challenges for events on the disconnected sections where the usual boat based attractions can't go. For our part, it was good to attend and play a small part in the success of the event as a whole. We met a lot of lovely people, had some great conversations with other bloggers and waterway writers and of course, introduced many to the delights of a walk on the Wild Side!

Email ThisBlogThis!Share to TwitterShare to FacebookShare to Pinterest
Labels: Chesterfield