Following my recent post about the Hay Head Arm I realised that I had overlooked a fleeting visit to Holly Bank Basin, also known as the Short Heath Branch which is rather confusing. 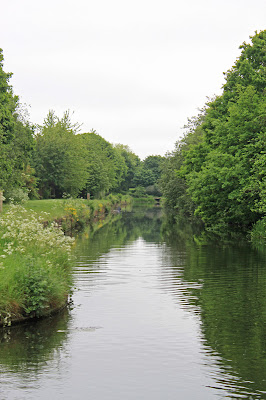 I am never sure if this is a lost canal as its status seems to oscillate. For many years this railway interchange basin was silted up and then in the 1980's the local council dredged it out allowing Richard Chester Brown to deem it navigable. He cant have been too confident about this status is it was includes in his tally of "The Other 60 Miles" and sure enough six years ago I made an unsuccessful attempt to penetrate the silt and weed barrier and the mouth. 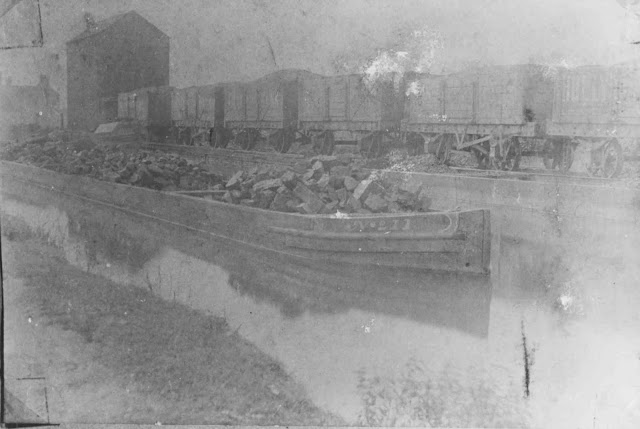 This is a useful layover spot for workboats so it has again been dredged and is open for business as evidenced by this photo taken during the 2012 BCN Marathon Challenge. If the weed growth puts you off have a look at Laurence Hogg's workboat Barnet as he entered in April 2010. 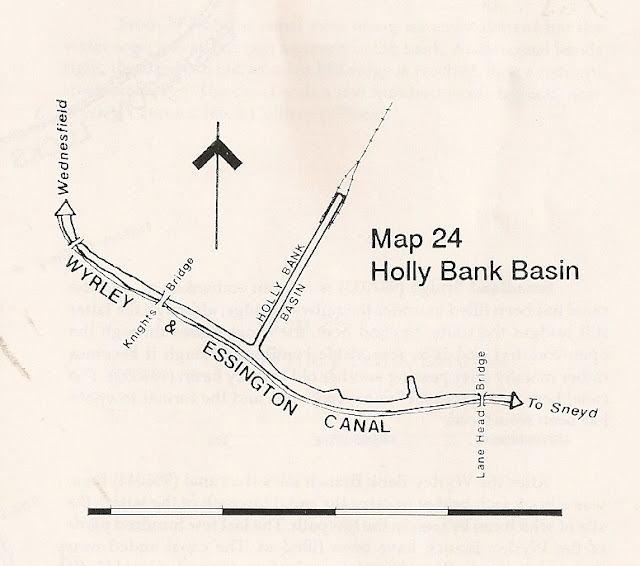 So enjoy it  whilst it is navigable. Its a rather nice spot and a mooring I would use if I was in the area. But I am not putting any money on it being still navigable in five years time!