Hmm, a blog post about a missing bit of canal - thats a challenge.

This far end of the Prees Arm was the first to be abandoned and is both the least distinct and the most inaccessible. But all is not lost - there are more roads which provide some decent opportunities to cross the line here and there. 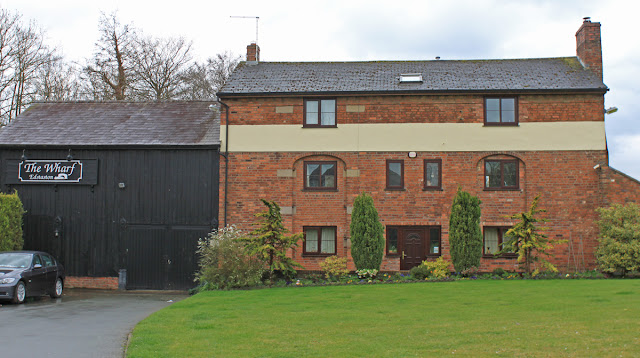 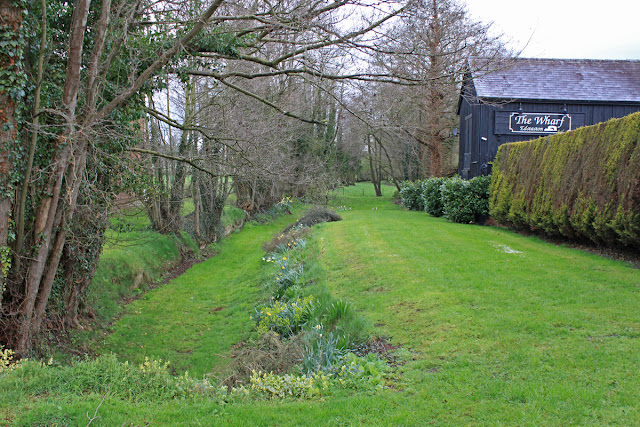 First up the canal loops round a small hamlet and  surprise, surprise, an old wharf store lovingly restored by its owners and the canal bed visible next door. I was told that there is an original crane inside but sadly all the locals were attending a funeral so there was no chance to ask for a look. 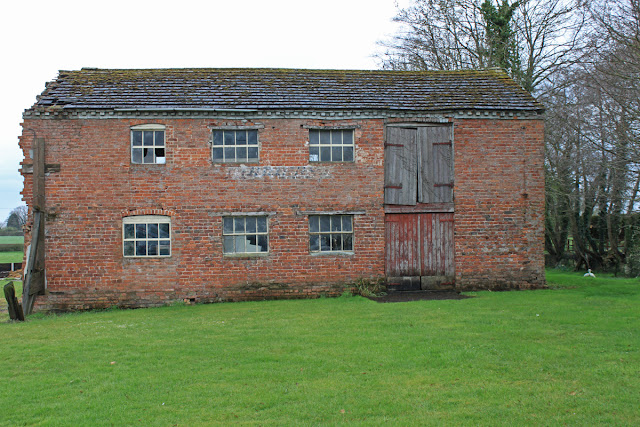 The canal then crosses the road and heads east, its line being used as hard standing for the local coach firm. The line then strikes off but is tantalisingly out of reach. I skirted round on the B5476 which runs parallel to the route but failed to find a credible way to cross the line again. Even more frustrating was the knowledge that  Edstanton Park Farm sits on the route and a subsequent look at Google Earth reveals an oblong pond - you guessed it - exactly on the canal line! 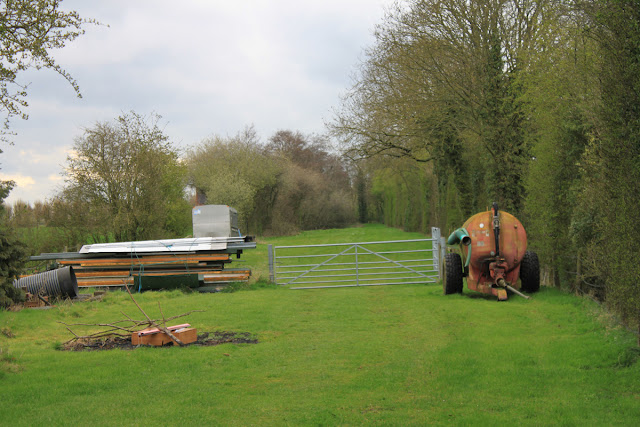 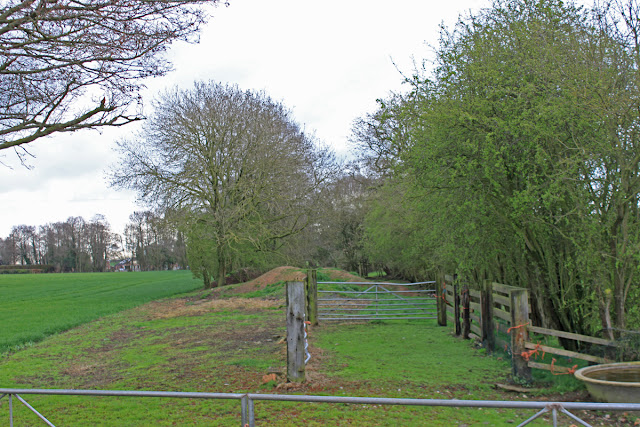 From there the route is very indistinct to Quinta Brook - site of an extensive set of line kilns built into the low cliffs.
Posted by Andy Tidy at 6:00 am