Birmingham Canal Navigations - A Cruising and Walking Guide
Book Review
By the Birmingham Branch of the Inland Waterways Association / Alan Codling
Its not every day that you willingly part company with £14 for a 30 year old spiral bound handbook with pages looking like they come of one of those antiquated Gestetner duplicators. But that is the going rate for a copy of what is still seen as the BCN Bible. 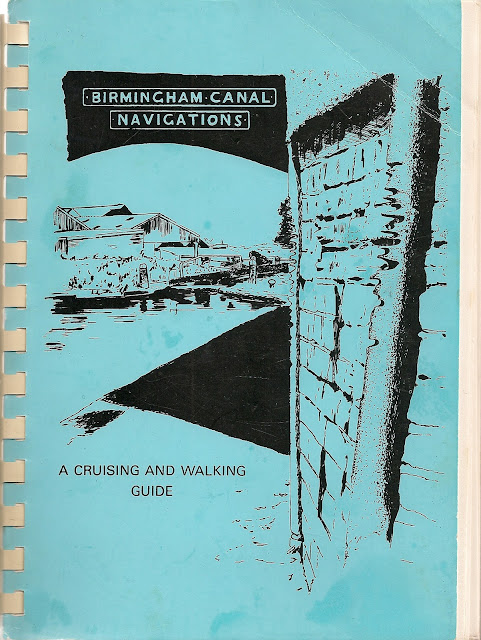 I am indebted to Mark of nb Northstar for introducing me to this book, published by the now defunct Birmingham Branch of the IWA way back in 1984. I found him clutching a copy in the pub after the BCN Marathon Challenge and he swiftly turned to page TV7 (its navigation system is as idiosyncratic as the canals it covers! - TV stands for Tame Valley) to prove that the Danks Branch used to extend beyond the Tame Valley Canal - a pedantic point we had been debating on an off for months via the Blog comments.
You see, that's the thing about this long out of print handbook. It was put together as a labour of love by a group of enthusiasts who set about answering the question every boater to the BCN asks: "what happened behind all those blocked up bridges?". The book explores the BCN network in amazing detail, each bridge, arm and factory recorded and labelled in painstaking detail to give the reader an insight into how this huge, glorious jigsaw fitted together. 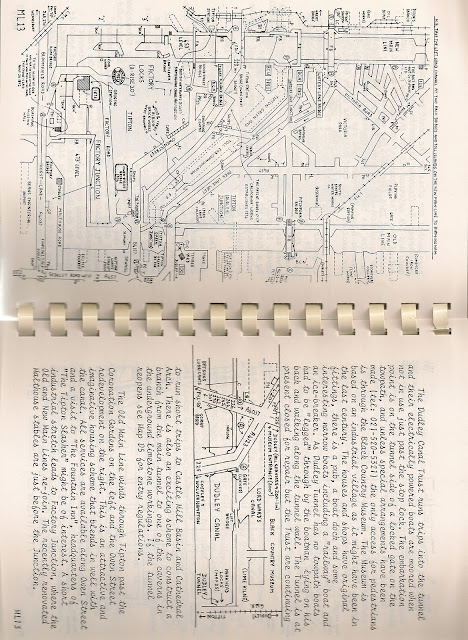 The layout takes a bit of getting used to, everything is presented in a linear fashion so the curves of the canal are lost but somehow it works. Each map section is accompanied by a historical commentary but perhaps the most confusing aspect is identifying the canal itself, a white track defined by black lines, just like all the other features. But there is an answer. According to Mark the thing to do is to crayon them in blue, but maybe in the case of the BCN a tasteful shade of oily brown would be more appropriate.There is a time and a place to do this crayoning but you had better read Mark's account to understand what I am getting at.
If you are into the BCN this is the must have book - not that you will find it in any high street stores. There are a steady trickle of used versions coming onto the market which can be found via Amazon, but don't expect to pick up a copy for a fiver.
As far as I am concerned its probably the best £15 I have spent in a long while.
Posted by Andy Tidy at 6:00 am

Reader, I bought one.
See you onthe BCN Challenge next year.

You wont be disappointed with your purchases.