Caldon 2011
Tixall to Calf Heath
15th September 2011
12 miles - 12 locks - 7 hours
Sandwiched between the winds of one weekend and the forecast rains of the next this last day of our holiday was the perfect autumn day - air so bright and crisp it was like biting into a juicy apple straight out of the fridge. 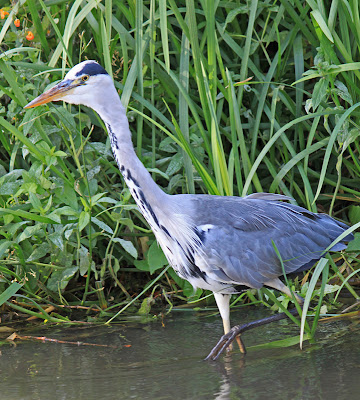 It was one of those days which begged to be spent on the water, a point which wasn't lost on my shore bound friends. By 10.00am I had received a series of texts expressing a desire to be with us rather than cooped up in offices. It was a perfect end to a trip, far from being boringly familiar, the Staffs and Worcester was at its finest - every corner presented a new vista and every bridge was perfectly framed by its shimmering reflection. 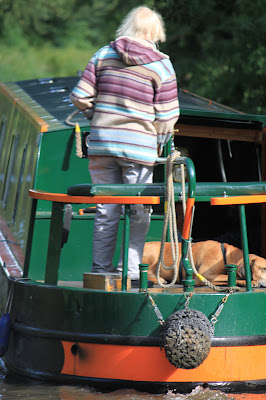 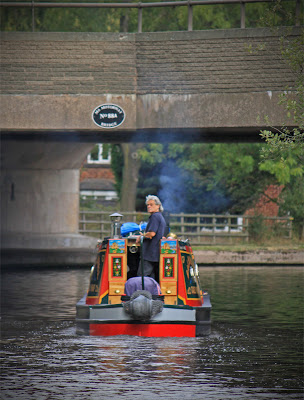 We also passed Erik Bloodaxe, but its a boat you feel long before you see it. She has the most magnificent vintage engine which thumps away, its vibration reaching right into the hulls of passing boats.
As we passed through Penkridge we picked up an oddball in front of us. He certainly looked the part with his smoky vintage engine and his boiler suit but he started by bumbling along and tripping us up at ever lock, which I accepted and killed time, but then he speeded up. The trouble was that in doing so he left every top gate hanging open, gates which I had to close before I could turn the lock in our favour. After four locks I was getting really hacked off, and then I saw him moored among a bunch of travellers below Gailey Top Lock, just hanging round chatting to his mates without a care in the world. I was seething and ready to tell him exactly what I thought of him but Belle's advice prevailed. I hastily reconsidered and took a more measured approach - getting it off my chest without being offensive. 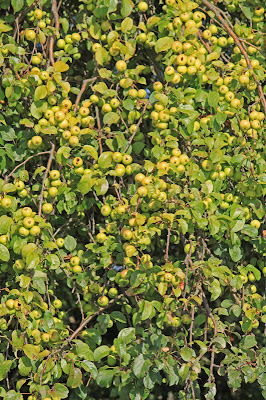 A lasting image of this trip - trees laden with crab apples
We arrived back at base with the blood red sun setting beneath the horizon, a glorious end to a glorious trip. Sadly, that's the last significant trip of the year. But no matter, there are still several weekend trips to look forward to and then there is a big agenda of lost canal hunting to anticipate. Captain Ahab never seems to run short of water tales!
Posted by Andy Tidy at 6:00 am

Have just enjoyed the Staffs and Worc too, well Autherley to Stourport. Have yet to see your end!