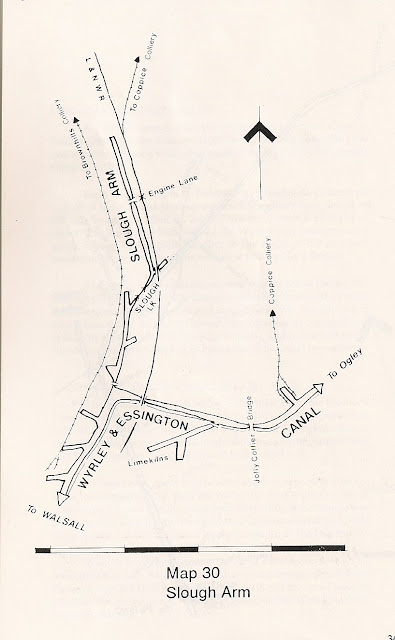 Slough Arm taken from Richard Chester-Browne's "The Other 60 Miles"
The canal was built to serve coal mining interests, and extended on three occasions as the coal seam was worked out and activities moved north. Unusually, this private canal included a lock the remains of which can still be explored. It is set in deep woodlands, in marked contrast to the coal mines which once surrounded it as it stretches up from the main Wyrley and Essington Canal to Brownhills Common, site of the Brownhills coal measures.
For a short canal there is a lot to see so I will cover it in four posts:
1. Phase one to the junction - abandoned in 1830's - this post
2. Phase two - the lock
3. Phase three - northern section through Engine Lane
4. The Slough Arm - Ray Shill's historical account. 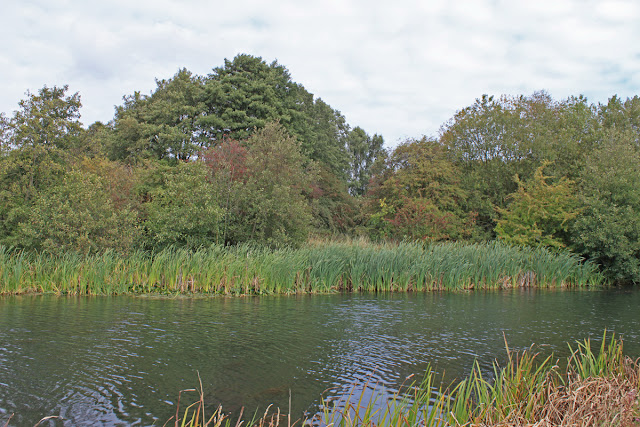 Slough Arm Junction - canal is in the clump of trees to the left
The junction with the Wyrley and Essington is all but invisible, leaving on the apex of a right angle bend under a  now collapsed bridge. The bridge is a pile of rubble with just a drainage pipe emerging to carry and storm waters should the level in the disused cut rise that high. 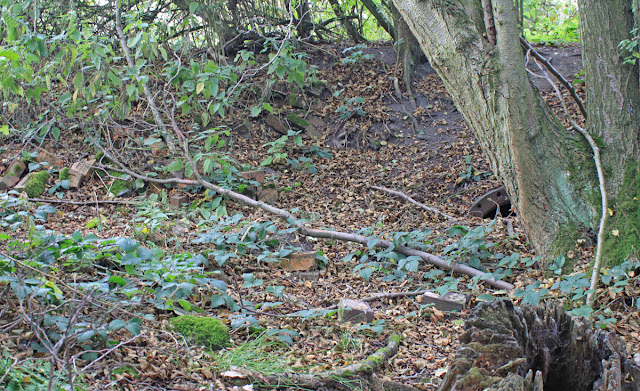 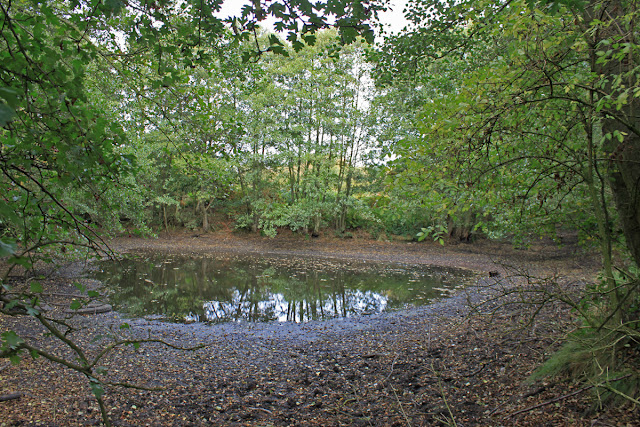 Slough Arm 1st basin
The first feature is a large triangular basin which is still filled with water. At one time it was a covered wharf with the canal line striking due north for quarter of a mile in a straight line. The canal channel is a clear and wide, filled with water in the winter but reduced to a boggy morass in the summer, with deep footprints sunk into the clay evidencing an enduring interest for local kids. 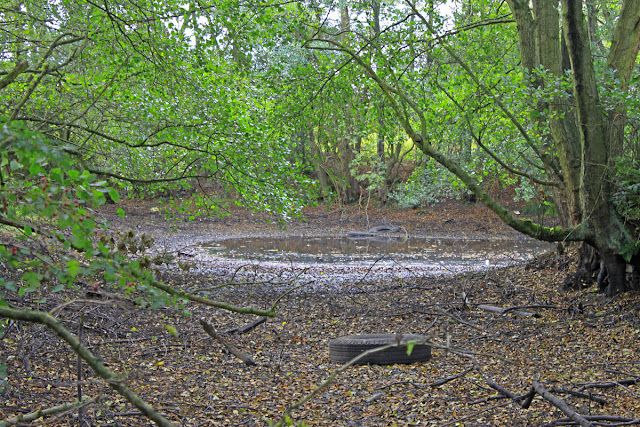 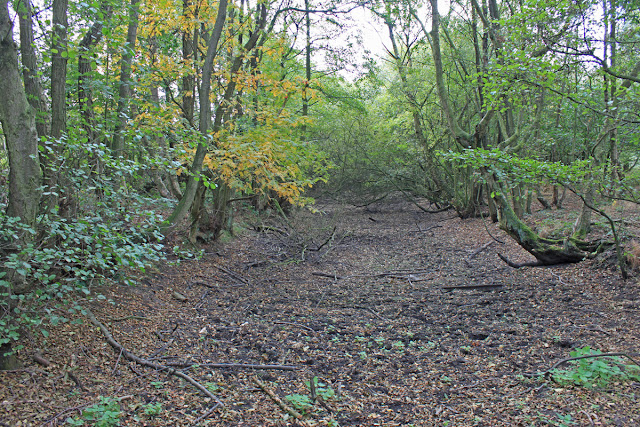 Phase 1 channel heading north
The original section terminates with a junction, the lock branching off to the right and the silted up channel petering out to an inconclusive end straight ahead. 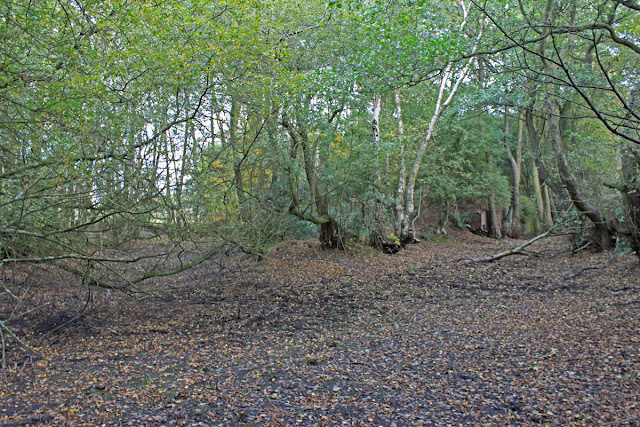 Slough Arm "Lock Junction"
Posted by Andy Tidy at 6:00 am

Hi Andrew, I came across this old post via Brownhills bobs blog. I used to fish for pike and perch in this old arm in the 1960's. So sad to see it empty now. The photo with some water was a small lake and then a short stretch of canal went off that. I can remember some of the canal section being narrow so I'm guessing that was the old lock. The water was crystal clear and you could spot pike from the bank. I think it was private land at the time but as kids do, we used to sneak in there and fish.