When God Was a Rabbit - book review

When God Was a Rabbit
by Sarah Winman
October 2011


If ever there was a book who's title offers no clue to its contents, this is it. 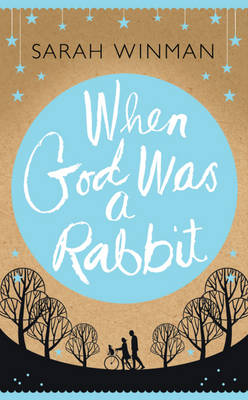 True, there is a recurring rabbit theme running through it and Elly, the  voice of the book, did have a rabbit she called God. But it wasn't exactly central to the plot, in so far as the book has a plot at all.
The book is about love, and relationships lost and found. Elly is the central character and the book charts her life from a strangely dysfunctional family through to a more balanced and mature 30 something. But its not just about Ellie, its also about her off beat best friend Jenny Penny, her unconventional parents, her lesbian aunt and her gay brother and a host of associated characters who are all painted in mouth watering prose.
The passage of time is punctuated by key world events which are indelibly etched into out collective memories: The death of Diana, the death of John Lennon, the UK eclipse and the fall of the Twin Towers. By the use of this strategy you are drawn into the quirky tale, you know exactly where you were when these events took place and in so doing you can relate to the events of the book.
Sarah Winman writes rather beautifully, although there were times I did wonder exactly where this tale was going. In the end I concluded it was a window on a clutch unusual lives. But in its portrayal of the characters around her, I felt that I never really  got a good picture if Elly herself. It was like looking at the world through her eyes with never a mirror in sight.
In the end the book ends happily, with the key characters restoring their relationships albeit with some pretty unlikely storylines.
So is this first Sarah Winman novel good bad or indifferent? Well, its hard to say. I love the writing style, and the beautifully crafted throw away lines are to die for, but I found my interest waning as I progressed.
For my money it is more about style than substance - but there are plenty that will disagree with me.
Posted by Andy Tidy at 6:00 am