Slough Arm - part 3
Wyrley and Essington Canal
September 2011
The third and final phase of this private canal struck off from the lock, heading north for the final half mile of its run. By the time it reaches its terminus it is serving the main Brownhills coal measure now represented by Brownhills Common. As the crow flies its not far to Angelsey basin which was used to carry coal from the northern element of the same pocket of coal. 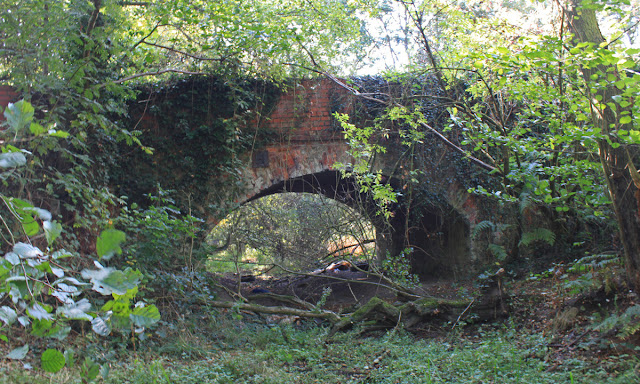 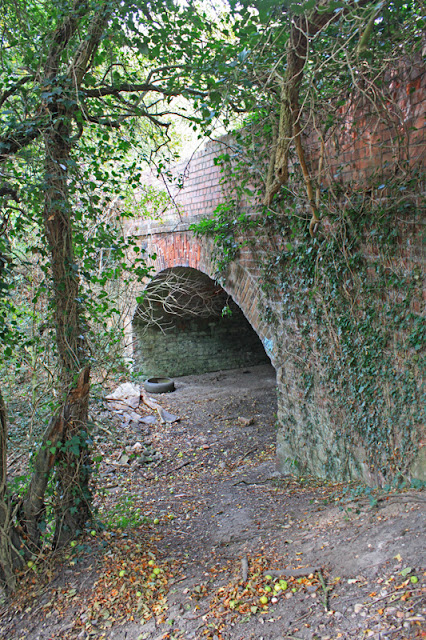 The channel runs straight north and is remarkably free of rubbish, its base broad and open and for the most part dry in the summer months. In winter the clay lining captures the water and a "real" canal emerges to a depth of 18 inches or so. 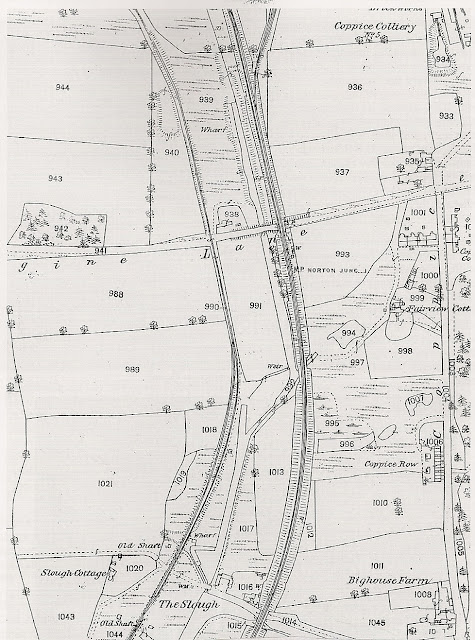 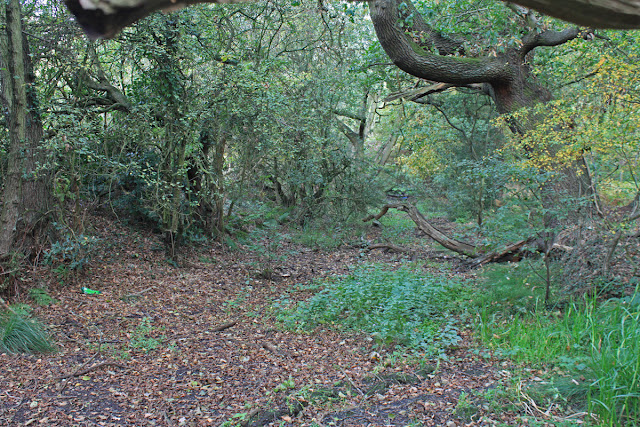 Typical channel scene below Engine Lane Bridge
The channel is bordered by the L & NWR line to the east but this is now a cycle way and offers easy access for an explore staring at Engine Lane. An intact bridge stand at Engine Lane, its parapets bedecked with ivy and its arch open and clear. 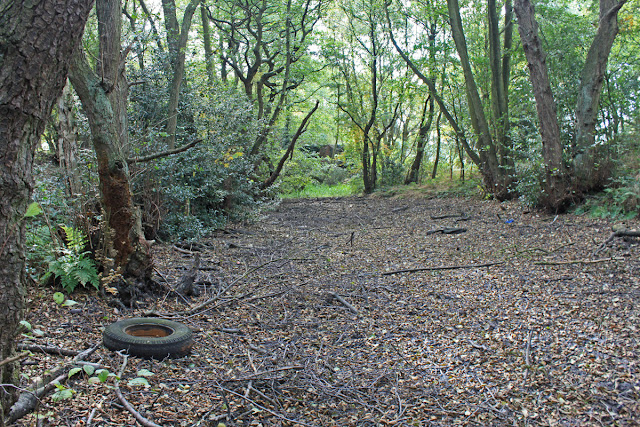 Channel continuing above Engine Lane Bridge
One remarkable thing about this canal is its absence of surface water. There are no streams entering and one has to assume that it was fed entirely by water pumped out of the mine workings - perhaps by the engine which gave its name to the lane?
Off to the north the channel can still be followed, but less accessible to the pedestrian. I made my way up the cut using a mix of the canal bed and the west bank, returning via the east. The west offered better visibility but the east was easier underfoot. 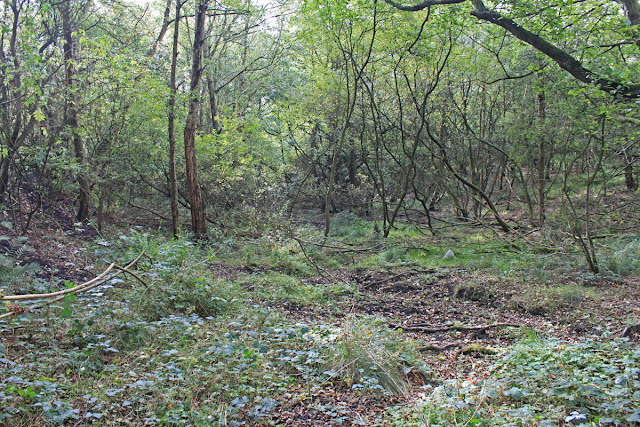 Slough Arm terminal basin
The channel widens out at its end representing a colliery basin from which tramways radiated leaving their sleepers embedded in the ground. Again, this section is clear an visible, a saucer shaped trench marching through a wilderness of mine tailings.
So, this easily accessible private canal offers over a mile of clear channel, an intact bridge and a substantially intact lock complete with some soft wooden elements, leading to a final basin which remains in water. All in all, a very satisfying destination if you like this kind of thing.
Posted by Andy Tidy at 6:00 am

"private canal" - wouldn't you just love to restore it and have it just to yourself!

ps. How is Belle?

Sue - I know what you mean! Belle is much better - bruising and swelling gone and we have just been out for our first post op coffee.