We left the Slough Arm at the end of its original length, where the lock exited to the east. 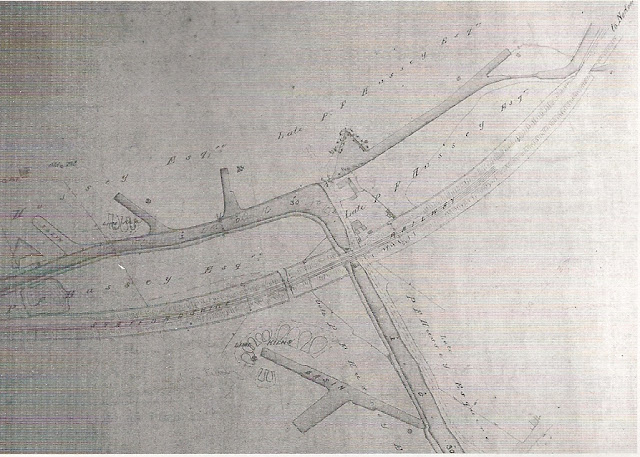 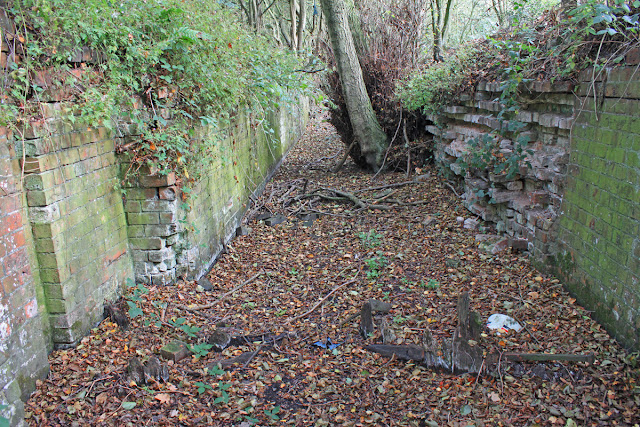 With the early coal seam played out the canal was extended onto higher ground, driving north east for another quarter of a mile  to the new mine workings. See the last post in the series for a map of the area. 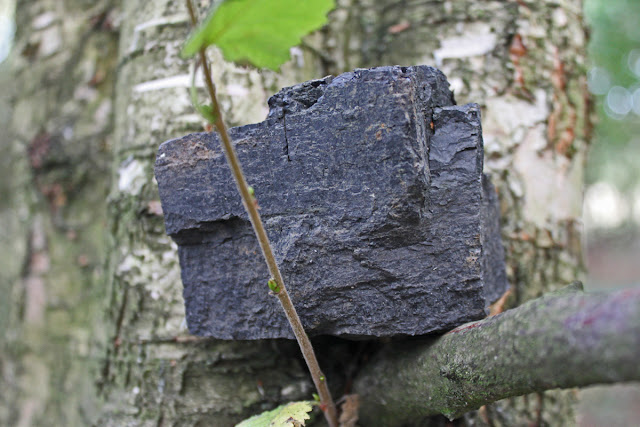 The new extension continued under what was the railway embankment and is now a cycle track. There used to be a bricked up bridge through to the terminus beyond but today it is just an earth bank shielding the industrial estate built on the site of the colliery.
But back to the lock. Its unusual to find an exposed lock chamber largely intact and uncluttered by rubbish. 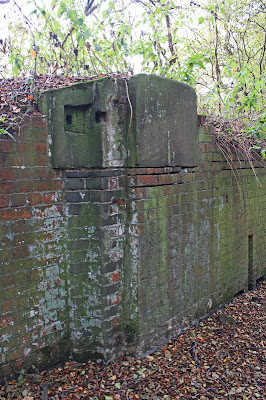 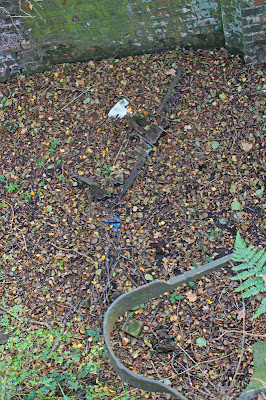 Lock recess and stumps of timber 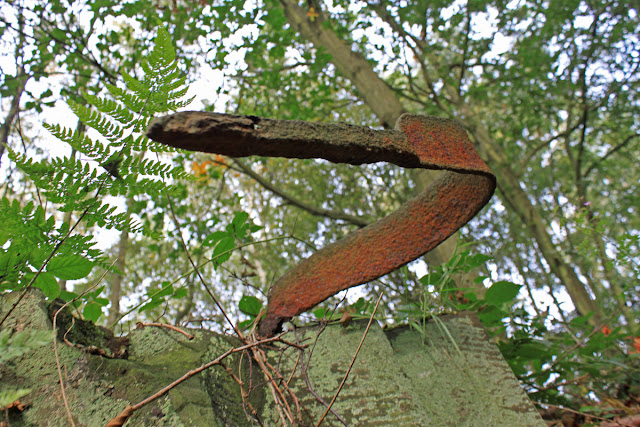 The bottom end is complete to its full depth, with its gate recesses and one hinge visible. What is more, if you look carefully in the ground the remains of the gate are visible, the main timbers sticking up out of the leaf mulch. Not bad for a canal abandoned over 100 years ago. 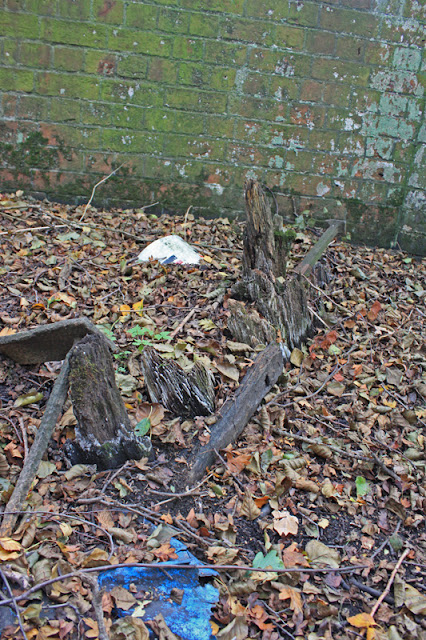 As for the rest of the lock, about two thirds remains, the lock walls rising up six or seven feet, intact on the north but splintering on the south. The final third of the chamber has surrendered to time and abuse, with the top gate location being marked by a well established tree. 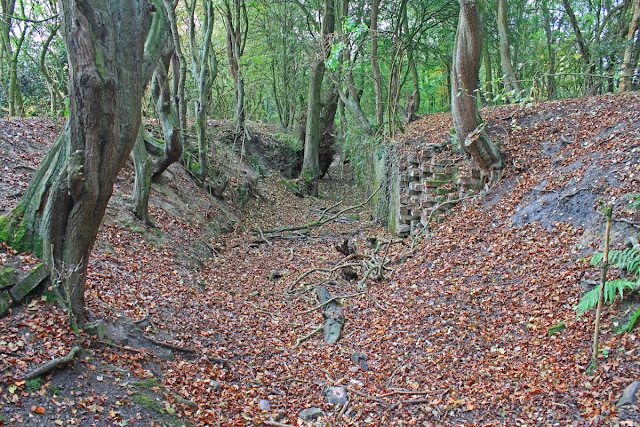 Slough Arm - full length of chamber from top
Posted by Andy Tidy at 6:00 am