I have been having a bit of a dispute with Belle. We have several apple trees in the garden and having pruned and tended one particular specimen it now bears a heavy crop. However, eat them early and they are really bitter but leave them to sweeten up and their texture turns to flour. As a result they are left to rot on the ground year after year. 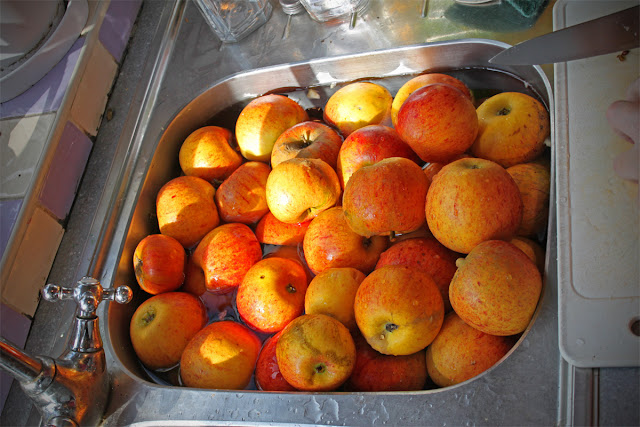 Bowl full of apples
Belle tried to convince me that these apples were worth eating but after a couple of attempts herself she had to accepted that they were a dead loss. And then foraging inspiration struck her - turn them into cider! The small issue of an absence of a mill, a press and demijohns passed her by and suddenly pages of instructions were pouring off the printer. 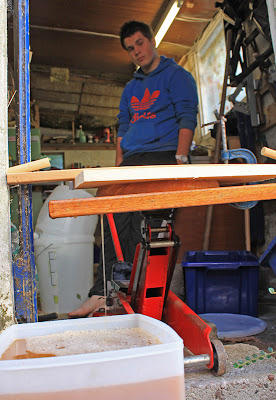 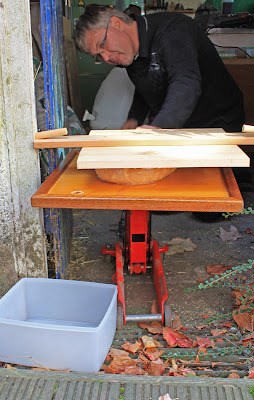 The Captian's press in action
Actually, it wasn't a bad idea so a deal was struck. Belle figures out how to mill the apples and I work out how to extract the juice. 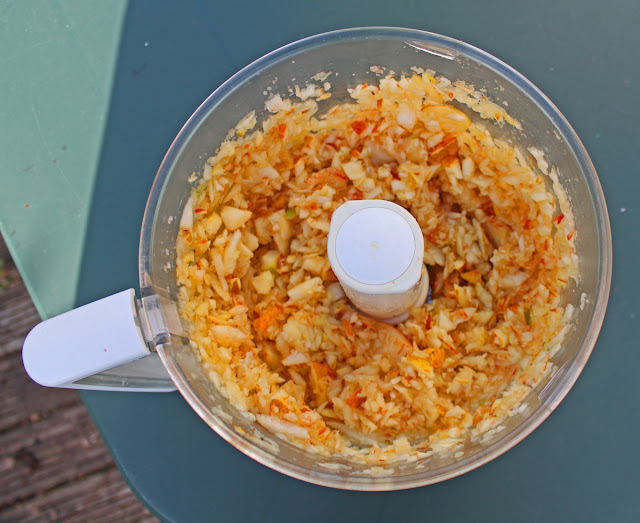 Belle's blended mush
Belle's plans centred on her Moulinex blender, whilst I started to mull over ways of harnessing the considerable squeezing power of my two ton car jack. Add in a visit to Wilkinsons for sterilising powder, Campden tablets, yeast and demijohns and we were in business. Belle chopped, Jeff pumped the jack and I loaded the press which, just to bring in a boating link, was made from the old cupboard doors.. 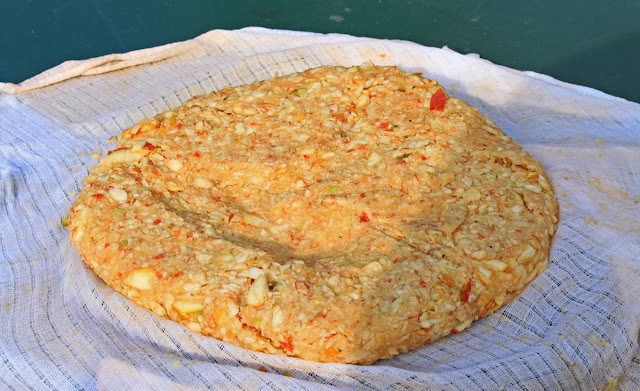 Pressed pulp - or is it pizza!
End result - 12 kilo's of apples converted into six litres of apple juice. Now it's a mere three months of fermentation and settling and it will be ready to drink, a little something special for Christmas. 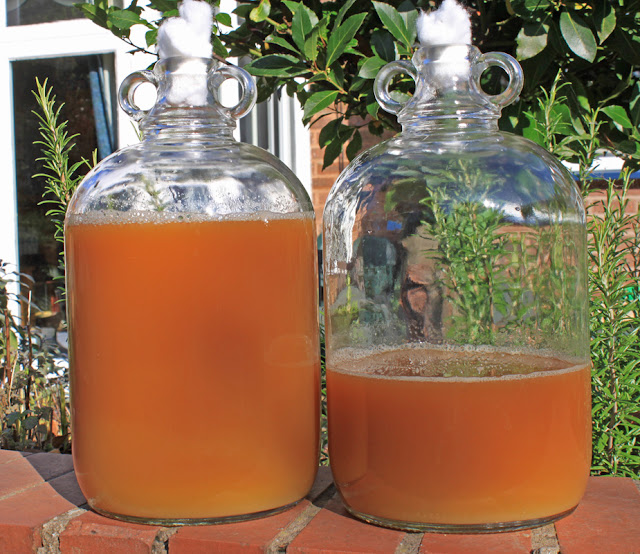 The end result - proto cider
Posted by Andy Tidy at 6:00 am