This short branch of just under one mile was built off what is now the Angelsey Branch of the Wyrley and Essington Canal. At the time of its construction after 1797 it was an arm off the main line from Huddlesford to Wolverhampton. I have found no technical detail about this line but it would appear that is was abandoned long before the mass closures of the 1950's. 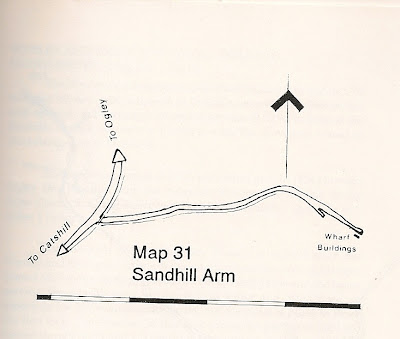 Sandhill Arm taken from Richard Chester-Browne's "The Other 60 Miles"

Today there is no sign of the junction or its associated towpath bridge but its location can be identified by a concrete lined narrows, setting off to the east, initially crossing a couple of hundred yards of field with nothing to see. 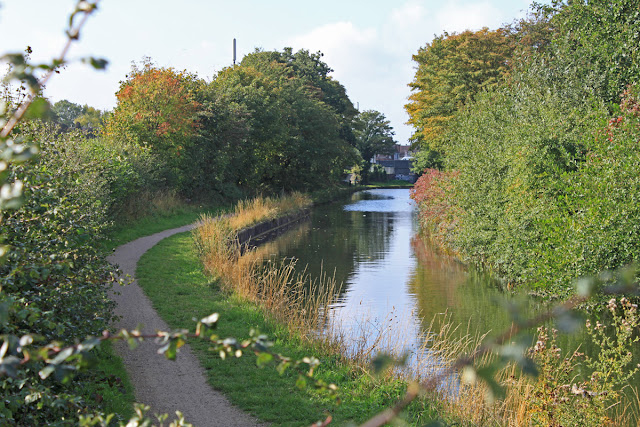 Start of the Sandhill Arm

Then the canal follows the line of the farm track, curving away into a stand of trees. There is no sign of the water channel itself, but its countour and width are clear, winding round the back of a farmhouse and into the terminal wharf. 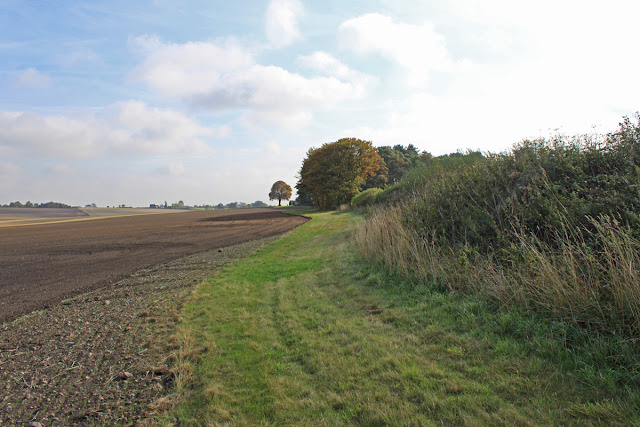 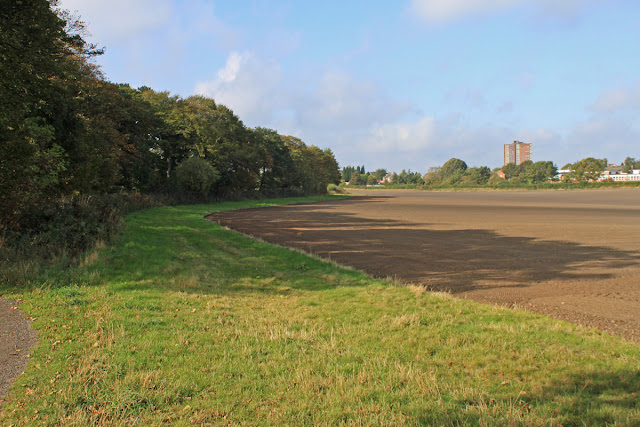 And here is the icing on the cake. Richard Chester Brown's survey of 30 years ago makes reference to some wharf buildings on private land.

The vintage of the buildings is evident from the old windows and jumbled roof lines, a rewarding end to an unpromising line. The one  question I have is: What was it for? The usual goal is to get at coal or minerals but there are no signs of extraction, its all remorselessness agricultural.

RE the Sandhills Arm. I would bet it was used to carry sand from the extensive quarry the other side of the Lichfield to Walsall road.
It's a large sand quarry still in use today.