Having got my heart pumping with a brisk eight mile hike before breakfast I returned to Wand'ring Bark famished and thirsty, with Belle just waking up. 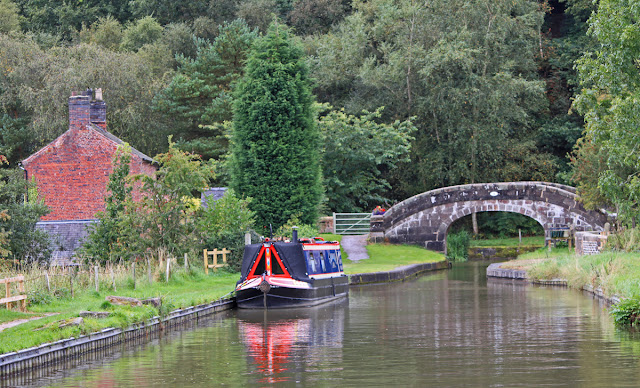 With a short trip to Froghall Wharf there was no time pressure so when the heavens opened there was no need to press on. We settled down and read the Saturday papers sipping some rather pleasant coffee - boating as it should be. The sun made a welcome return so we set off at 11.30, plodding slowly down the shallow Leek Arm to Hazelhurst and as we crossed the aqueduct I heard a rhythmic roaring from down below. Peering over the balustrade I saw a long chain of beefy blokes pulling a rope which was connected to a telegraph post with wheels at the top and a tub of cement on the other side. Either this is a local sport or its a tug of war team in training. 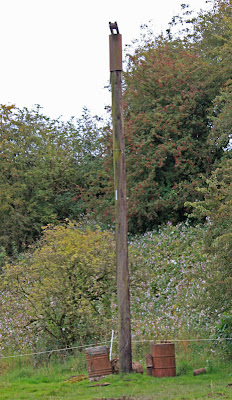 Belle has decided that today was the day to find sloes, a foraging objective which had so far eluded us.  We finally found some Sloe bushes by bridge four, its upper branches laden with the little blue fruit. We attacked it with the boat hook and were busy gathering as a couple wandered up bag in hand, clearly also on the foraging trail. The couple were Matt and Em who had just attended a foraging walk and had been tipped off about these trees. There were plenty of fruit so I hung on the hook whilst the three of them picked away. All went well till I discovered the breaking point of sloe branches - and ended up on my bum surrounded by giggling pickers! Matt and Em had never been on a narrowboat so they hopped aboard for a mug of tea and a trip as far as the Boat Inn. 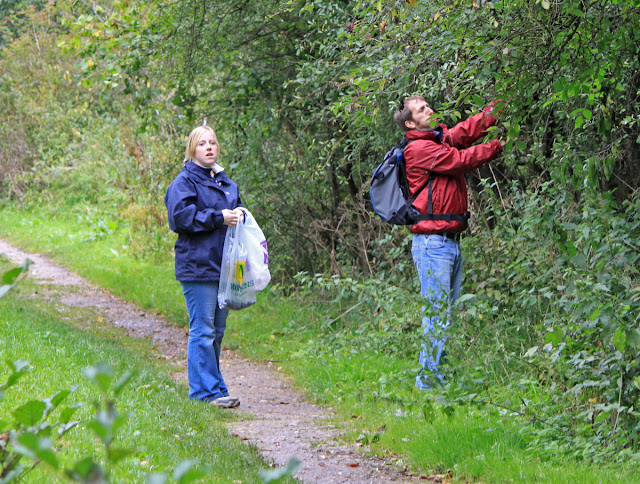 I have been down here a couple of times before but have never seen the steam railway working. Today the engine was chuffing its way up and down the valley, the sound of its chirpy whistle carrying for miles. The irritating thing was that whilst I could see glimpses of it through the trees, I couldn't get a decent photo.  Imagine my joy when we pulled away from Consall Forge water point only to see the train pulling out of the station. The photo's were a bit hurried but the driver seemed as pleased to see us as we were to see him. 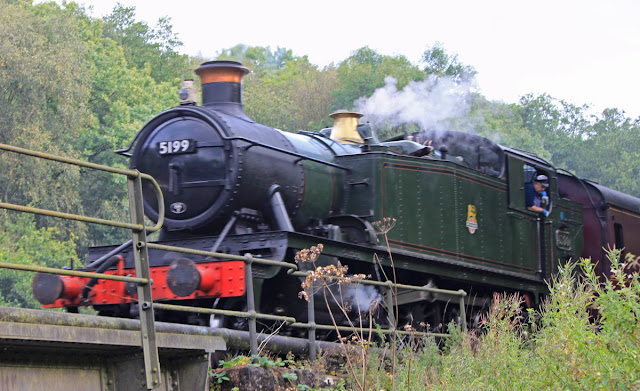 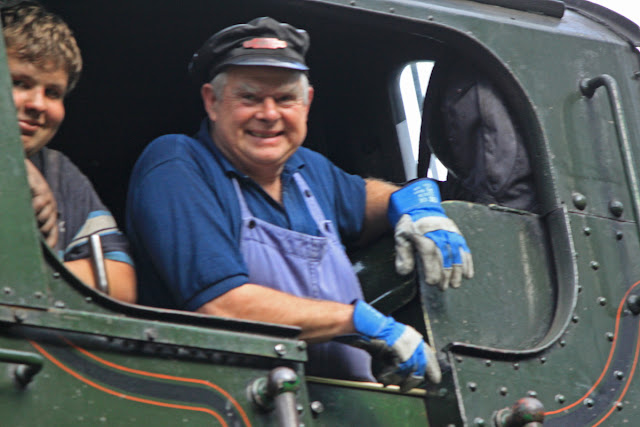 The canal narrows after Flint Mill Lock, its channel contained in concrete edging leading to a handful of moored boats just before the tunnel. Several curtains twitched when it became apparent that we had no intention of stopping and were heading through the tunnel - all curious to see if we could make it through. 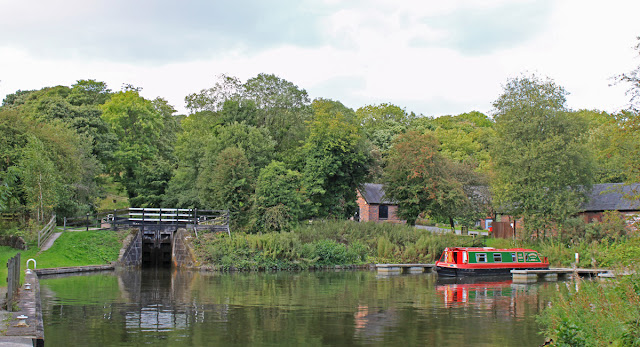 As before, we gave the height barrier a good clonk as we entered but buoyed by my success last time I went in at a fair lick, and therein lay the seeds of my destruction. Well, maybe destruction is a bit strong - I swerved a bit and caught the hatch on the brickwork, tearing it off the runners and breaking the wooden back stop and showering Belle with chunks of carpentry. Belle maintains that I was like a teenager showing off a motorbike with a wheelie down the street - I don't know what she means. 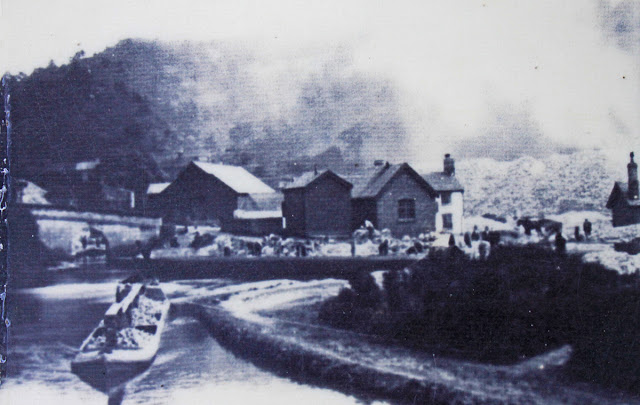 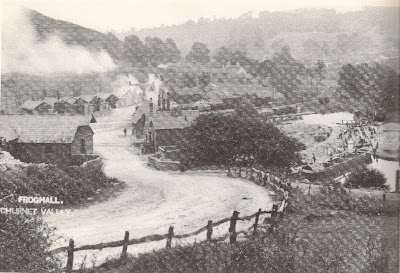 Having slowed down the remainder of the passage through the tunnel was uneventful, we had a good 1cm of clearance on both sides.

I was delighted to discover that the Froghall Wharf, set below the first lock of the Uttoxeter Canal, was unoccupied giving us sole use of this lovely spot. When I visited with Jeff last autumn the basin was very weedy and the jetties were covered with duck poo. There has clearly been some work done as the water was clear and the pontoons as clean as a whistle.

All in all this remains one of my favourite moorings.

Some stunning pictures on your blog, thanks.
We have only had the chance to vacation on the waterway, but loved it.

I think I would have been disappointed to find no boats on the moorings at Froghall. They need to be used, especially after the amount of money they must have cost!

On Lee Swallow we were one of the first boats to visit, just a week or so after the basin was reopened in 2005.

Halfie, If you had been there I would have been more than delighted - of course. But there is a tiny little selfish bit of me that wanted the place to myself - and I had kind of promised Belle a night in glorious isolation.
Andy