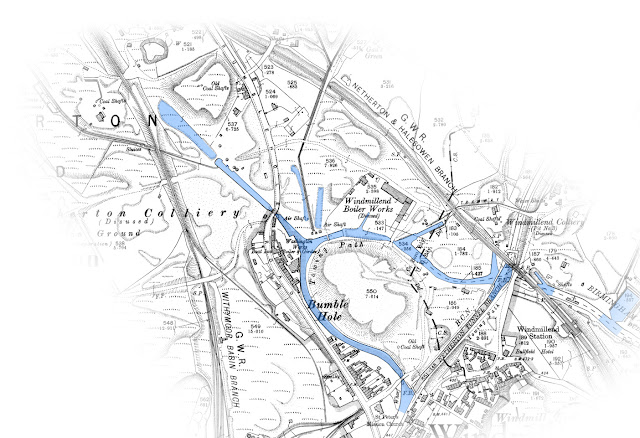 Windmill End is the collective name for the area immediately to the west of the Netherton Tunnel. Until 1858 it was merely a long winding curve on the Dudley No2 Canal, but then the Netherton Tunnel was opened it and with it came some straightening of the canal, which included cutting off the neck of this loop.

Initially this resulted in a loop canal but gradually the far end subsided leaving the Bumblehole Branch to the west and the very short Boshboil Arm to the east. The Bumblehole Branch used to extend beyond Bumblehole Road to service the various collieries in the area, plus Buffery and Barnfield Basins attached to the Washington and Windmill End Boiler Works.

These Britain from Above images reveal both the loop created in 1858 to the left and the Withymoor Branch to the right. 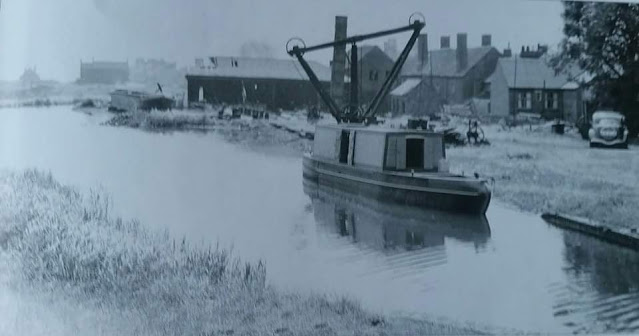 The Boatyard at Bumblehole in the 1960's - Roy Martin 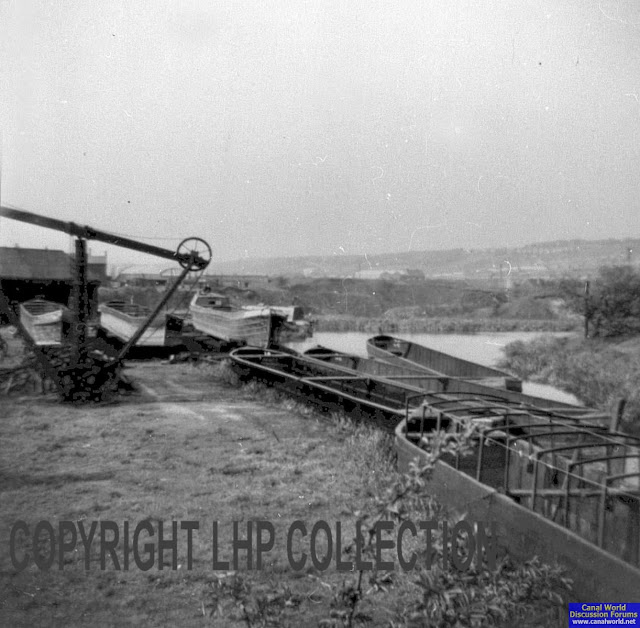 
The above photos have been assembled from various sources, including those freely found on the internet. My thanks go to the many photographers alive and dead who have contributed to this collection and in so doing, are keeping the memory of these lost canals alive. These images are reproduced for ease of research are are not necessarily the property of this blog, and as such should not be used for commercial gain without the explicit permission of the owner (whoever that may be).
Posted by Andy Tidy at 7:04 am