The Gibsons Arm was an extension from the Newhall terminus of the original Birmingham Canal, built in 1769.

These days there is nothing left to see above ground, and its twin arms are reflected in what we know know as Centenary Square, bounded by the Birmingham Library, the Rep Theatre, Symphony Hall and Broad Street. To make the location of he more southerly arm even more exact, the 1923 Hall of Remembrance sits directly on top of it.

The branch was unusual in that you accesses the basins by way of a tunnel and an uphill lock which was located under todays Baskerville House. 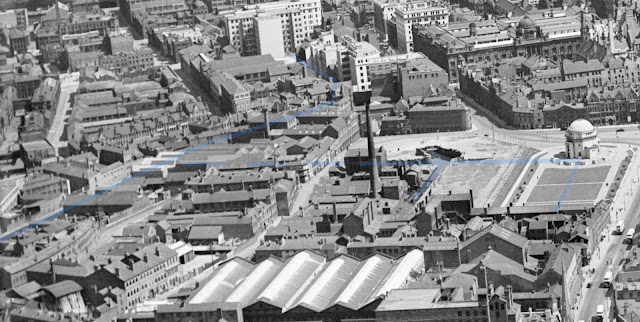 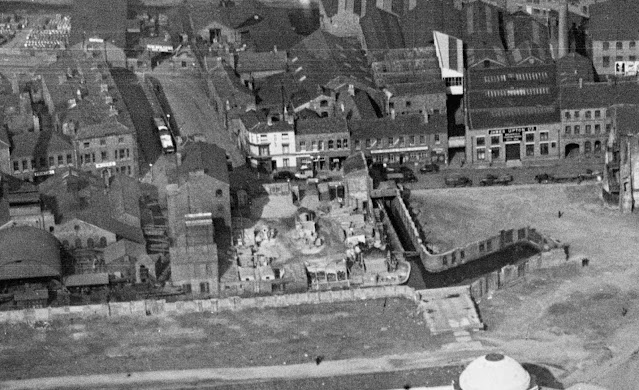 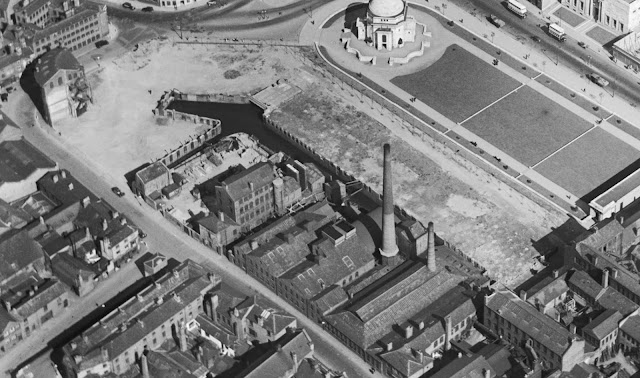 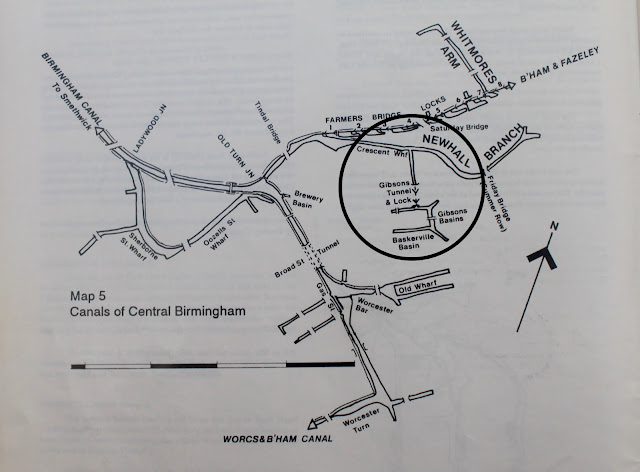 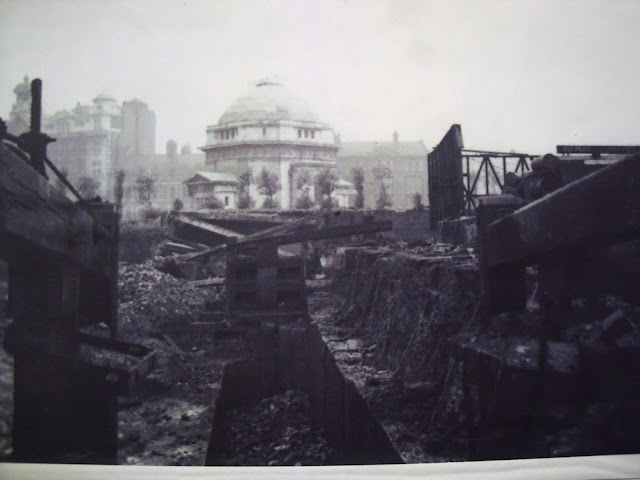 The entry lock and the Hall of Remembrance beyond 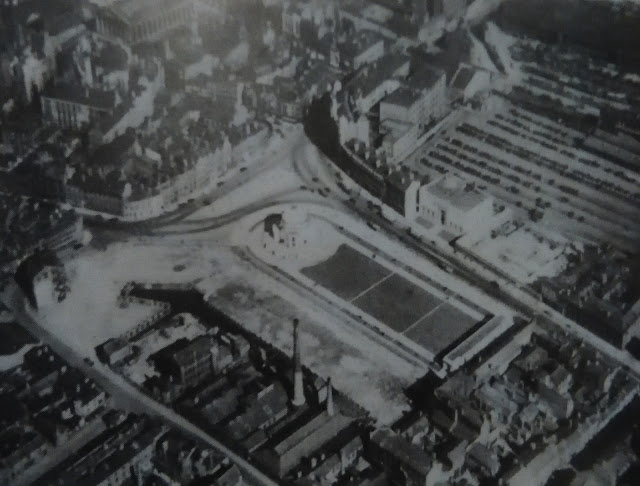 The northern arm of the basin in from of todays's library 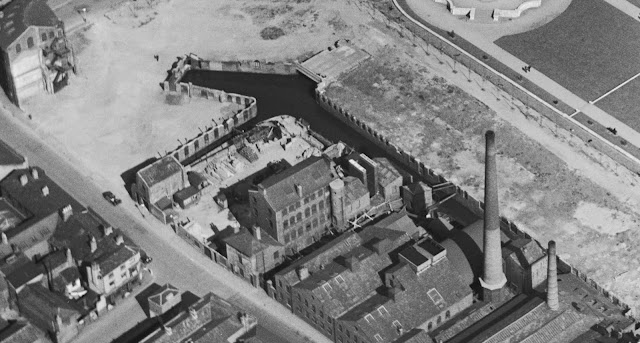 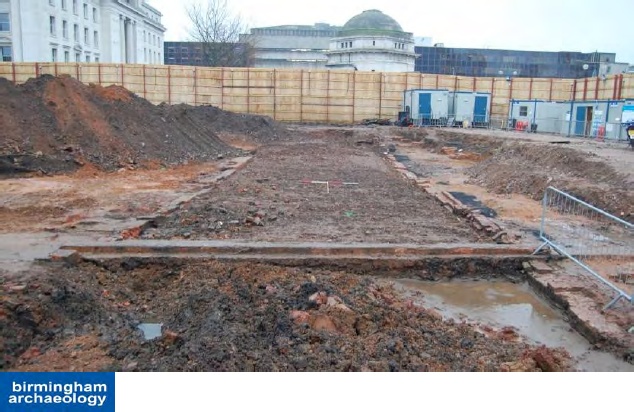 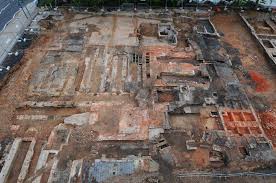 The above photos have been assembled from various sources, including those freely found on the internet. My thanks go to the many photographers alive and dead who have contributed to this collection and in so doing, are keeping the memory of these lost canals alive. These images are reproduced for ease of research are are not necessarily the property of this blog, and as such should not be used for commercial gain without the explicit permission of the owner (whoever that may be).
Posted by Andy Tidy at 6:58 am