These days Chillington Wharf carries the sad distinction of being the last BCN canal interchange basin which still has its covered loading shed. With each passing year its condition deteriorates but given its inaccessible location its hard to see a happy ending for what has become an iconic structure on  the Wolverhampton canal scene. Its decay is currently being slowed by its Grade 2 Listing, but its future remains very uncertain.

But even now the basin is a mere shadow of its former self. Perhaps its most recognisable feature is the abandoned 10 ton Babcock and Wilcox suspended crane which travelled along raised tracks to load and unload railway goods wagons. This gaunt structure was built over the longer of the two Chillington basins and the second ribbon of water stretched way back into what is still a railway marshalling yard and steel stockholders.

I you line up the skewed entry bridge you will note it points towards the longer of the two arms, and getting a full length boat into the remaining basin would require a bit of shuffling around.

The loading basin was built by the Chillington Iron Company in the 1800's, but was bought by the L&NWR and converted for their use in 1902, complete with its own branch railway. This railway  expansion included an additional line to Snow Hill, Birmingham and its track can be seen at the Spring Vale crossing in Bilston.

The interchange relied on both canal traffic and the use of small railway wagons, and with the decline in the transportation of small loads, fell into disuse in the 1960's.

Given the fragile nature of the site, and the fact that it is a live railway marshalling yard unaccompanied access is not possible. However, I did film the basin in series two of Canal Hunter. 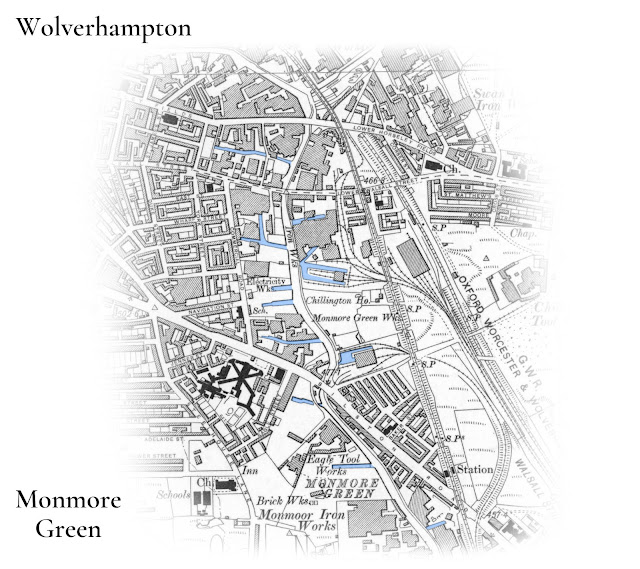 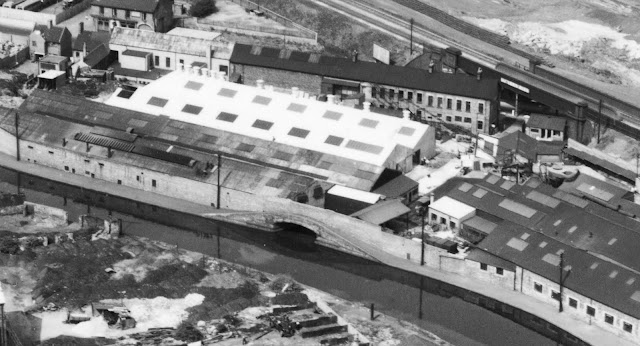 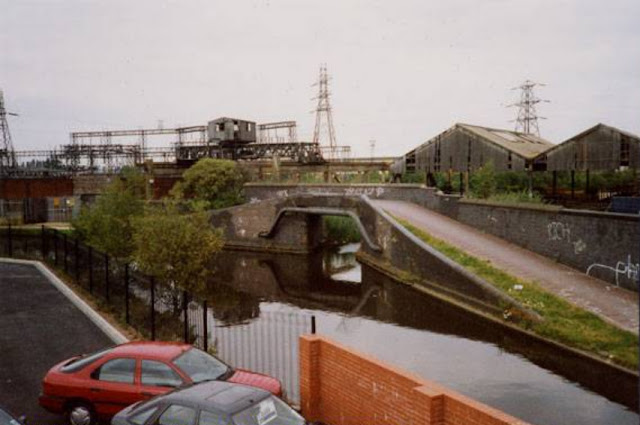 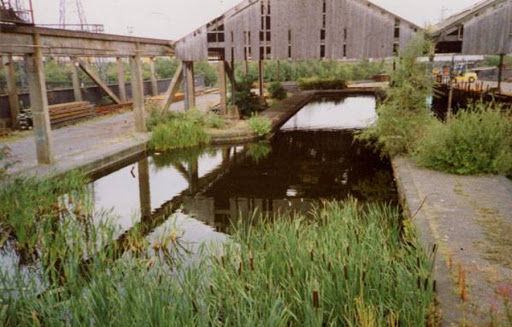 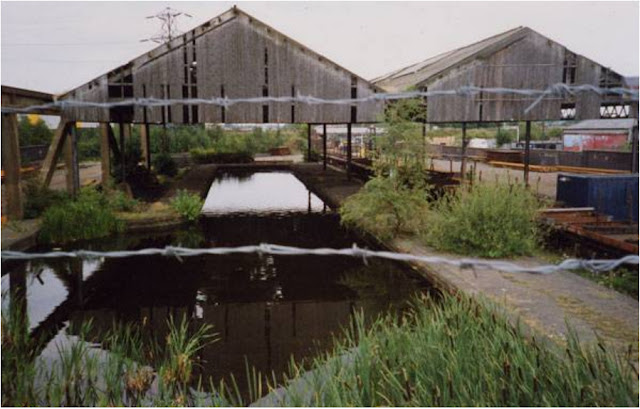 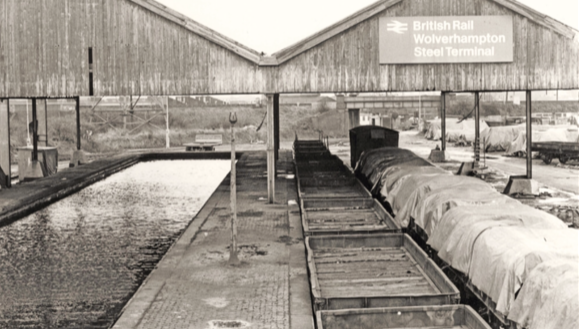 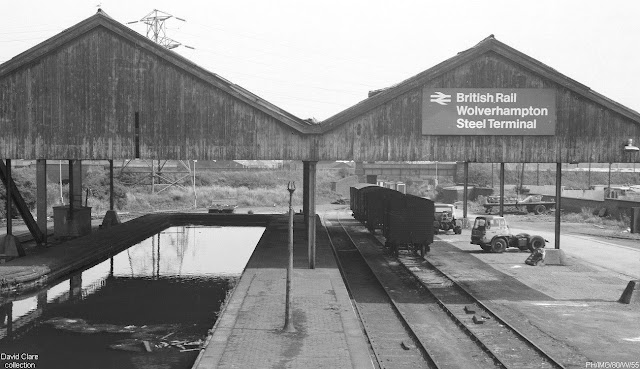 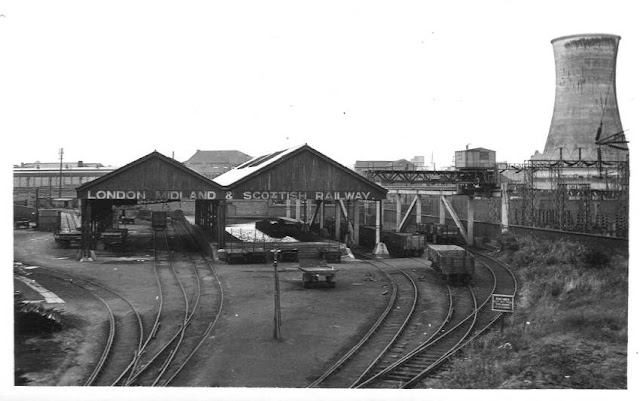 Chillington Wharf in the 1950's 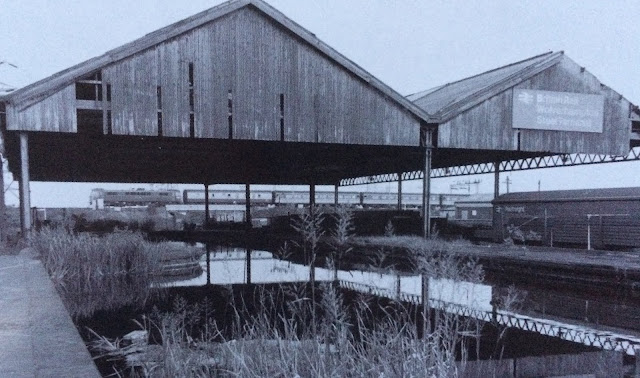 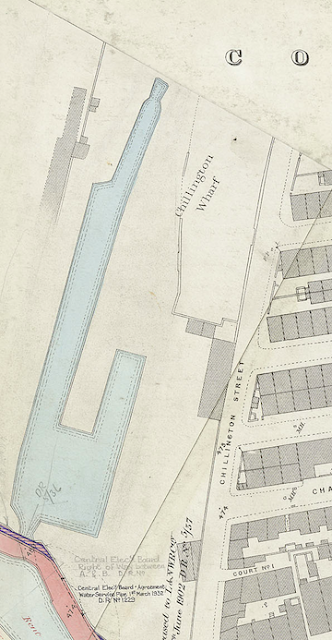 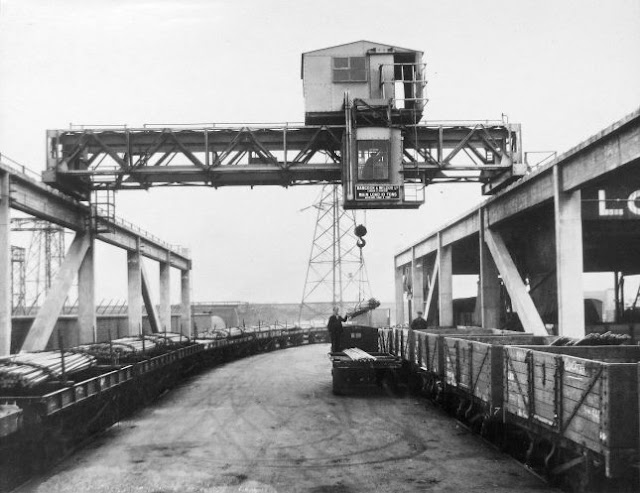 This is the line of the second, longer basin 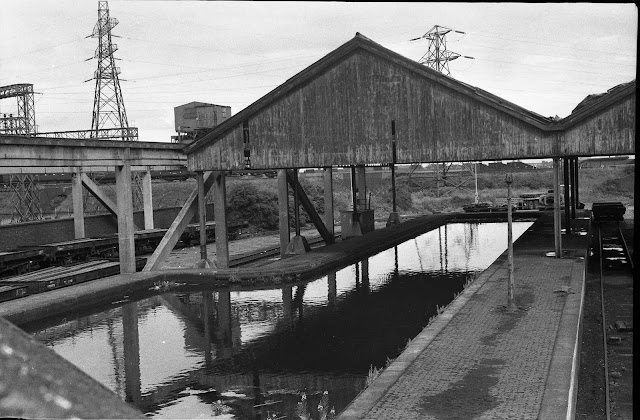 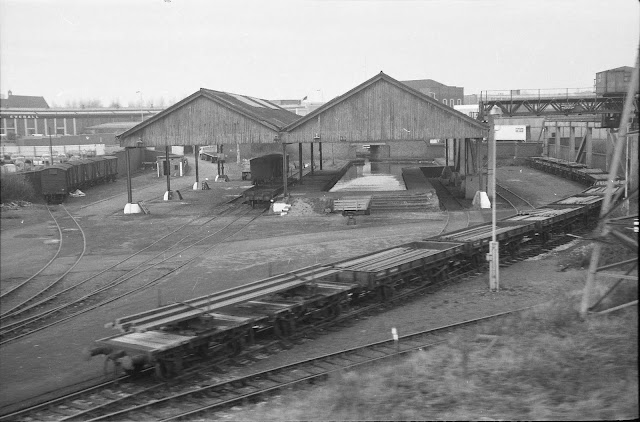 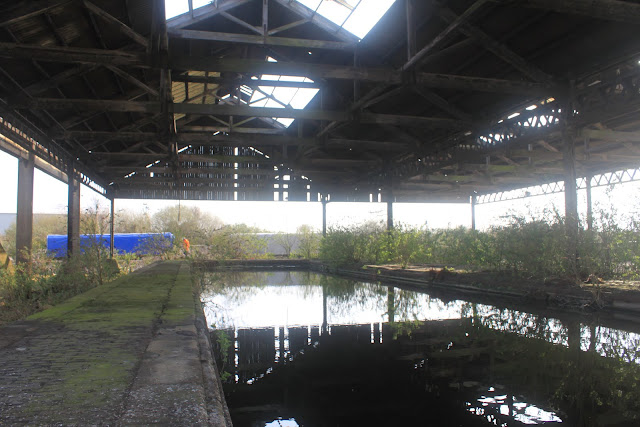 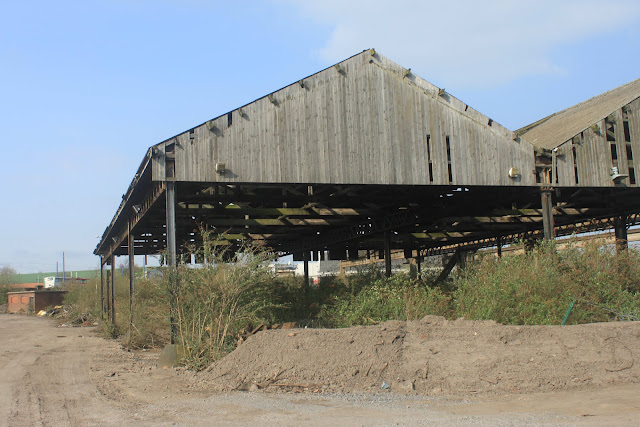 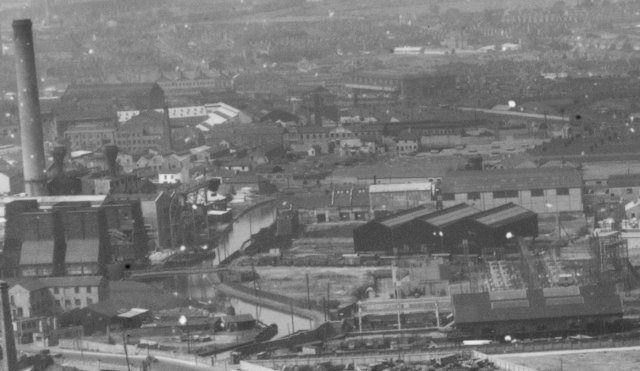 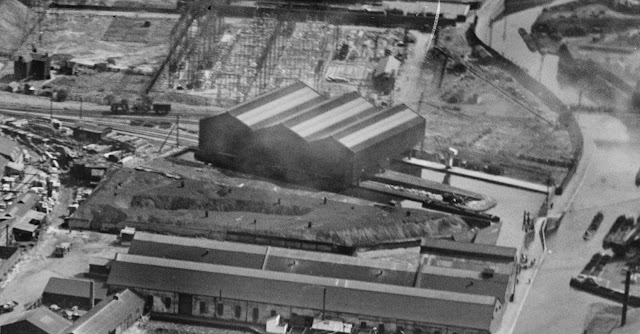 
Click here to return to the Wolverhampton Area index page

The above photos have been assembled from various sources, including those freely found on the internet. My thanks go to the many photographers alive and dead who have contributed to this collection and in so doing, are keeping the memory of these lost canals alive. These images are reproduced for ease of research are are not necessarily the property of this blog, and as such should not be used for commercial gain without the explicit permission of the owner (whoever that may be).
Posted by Andy Tidy at 9:55 pm