Boatman's Missions on Canals of Birmingham

Boatman's Missions of the BCN

During a recent visit to Tipton I happened upon a note in my well thumbed Pearson guide about a Boatman's Mission near Factory Locks. I gave it little thought till I was crossing a footbridge and noticed a building with a distinctively ecclestical air about it, it even had the the remains of a little spire perched on top on its roof. 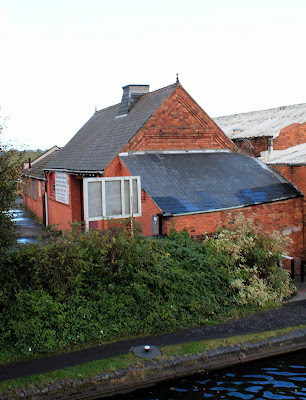 This chance encounter with boatmans missions led to a bit of research and I discovered that there were no less than five missions catering for the spiritual and physical wellbeing of the BCN's floating population. Nowadays there is a lot of stigma about this sort of missionary work and, with God being well and truly out of fashion, many will poo poo the this sort of effort as peddling faith with strings attached.

In fact, there is something very refreshing and uplifting about the work of the Seamans & Boatmans Friendly Society and the Lichfield Diocese, who commited a significant amout of resource and effort into helping the waterborne community, who were often seen as outcasts in wider society. The Church's mission has always been primarily to the poorer sections of society, and I can easily imagine Jesus tending to the needs of the boat families in preference to the rich and famous.

Interestingly, the role of these missions extended far beyond the souls they sought to save. The Birchills Museum, which occupies the old Boatmans Rest Mission at the top the Walsall flight, explians that the mission supplied; tea, coffee, papers, food, tobacco, washing facilities, games, education and even free letter writing (many of the boatmen couldn't read or write). In fact, they seemed to do everything they could to keep the boatmen out of the nearby Navigation Pub!.


To put this work in context, the following five missions were established in the area:

An early independent mission, but little is known of the sponsoring organisation, it's exact location or the period it operated from and till. 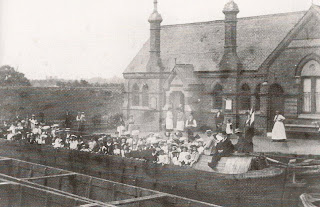 1890 Boatmans Rest in Walsall which still stands as the Birchills Museum, built at a cost of £350

Meanwhile, across to the west the Lichfield Dioscese operated two missions: 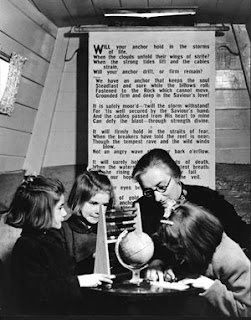 Even today it is possible to get onto the BCN network and feel completely removed from the hurly burly of the surrounding city. Whilst there were literally thousands of people living on the network in the late 1800's, they will also have found themselves cut off from the outside world and in need of a support network. It's good to see that the organised Church were involved in helping to meet the needs of this long gone community.

Hi i live in the gravelly hill of Birmingham,not far from where i live is a building now turned into posh flats that my mother and Grandma allways referred to as the bargee school.

Grey Wolf
That is interesting. I know that there was church mission at Farmers bridge but I wanst aware of anything closer to Erdington. Having said that, there was big boating centre at Salford Junct (Gravelley Hill)- which site was it - somewhere near Taroni's?

it was very close to the old Jaffrey hospital between wood end lane and wood end road.About 10 mins from spaghetti junction and about the same from the old navigation pub on the Birmingham Fazley canal which is now a eat all you want Chinese restaurant.

Hi,
My great grandad was the minister
who took services at the boatman's
rest at the top lock in the Birchills in the 1950s. Ive spent many happy hours at this place in the 50s and at Sunday school upstairs in the chapel. I lived around the corner in Miner St his name was Thomas Chapman.
He spent some time opposite in the
liberal club, when it was built of corrugated sheets at the time.
But at least he bought me a vimto
and a packet of jonses crisps.

Please will anyone with memories or pictures of these missions contact me, as I am researching this topic for an MA in History. Many thanks to anyone who can help. Contact: hp4338@ou.ac.uk

If anyone has information, memories, or pictures of canal missions, please do make contact as I am researching this area for an MA in History with the OU. All contributions acknowledged. Many thanks in anticipation! hp4338@ou.ac.uk