My continuing exploration of this abandoned branch canal took me beyond the embankment at Long Lane and into an extensive straight cutting, with the canal in water throught. At this point I lost the benefit of Eric Richardson's 1980's and early 1990's research published in The Blackcountryman, and amalgamated into his booklet "In Search of the lost canals of the Black Country". Eric's voice had been present till this point, giving me the benefit of his meticulous research, but from here on I was on my own. 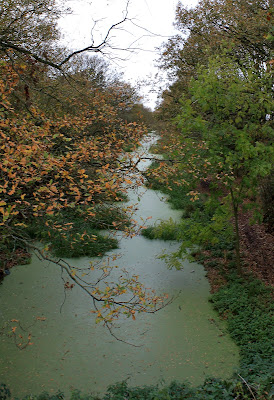 At the end l of this long cutting I came upon a perfect example of a canal bridge, complete with a plaque bearing the name Bakers Bridge, probably the best preserved example of canal architecture on the northern section. 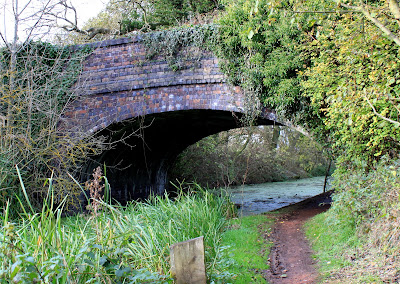 Bakers Bridge from the south and the north

Next up it was Streets Lane, and another bridge which has been replaced with an embankment. This location marks a very real watershed in the canal, with water flowing both north and south, but with no passage under the road. But the watershed isn't limited to the water gradient, it also includes the topography. You see, beyond Streets Lane the line of the canal has been maintained but forms the boundary of the huge Cheslyn Hay open cast mine, which stripped out every last trace of coal in the 1980's.  Whilst the line of the canal exists in the form of a narrow land drain, it is supplemented from time to time by a series of attractive lakes, which offer good fishing. The amazing thing about this area is the effect of the restoration efforts when the mine finished. The locals assure me that the hills and valleys are not the same, and the stands of Oak are missing, but to a newcomer the fields which cover the site now look like any other. 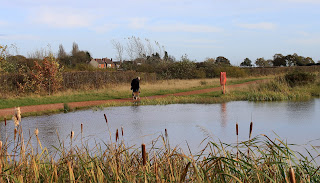 Half way along this section there is a large triangular indent to the east, the site of Gilpins Basin. It is at this point that the many display boards come into their own, revealing the crossover bridges which existed backed by a busy industrial scene with towering chimneys billowing smoke. It is almost impossible to believe that this is the same place 100 years later. 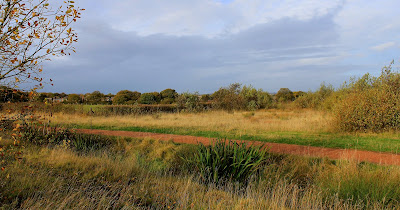 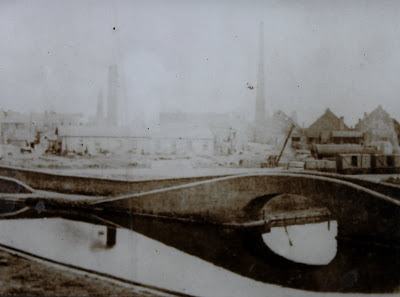 Gilpins Basin - then and now

On this occasion the echoes of industry, which so often accompany the abandoned canals, seem to have been stilled, replaced with birdsong and the rustle of leaves.