Spon Lane Junction the way it was - Birmingham Canal Navigations


I find then and now photos fascinating, but sometimes they are positively alarming.

Take Spon Lane Junction for instance, where the Spon Lane locks rise to meet the Old Main Line near Oldbury on the BCN.

If you took a resident of the area from 1955 back to the spot today, it is an understatement to say that they wouldn't recognise the place. 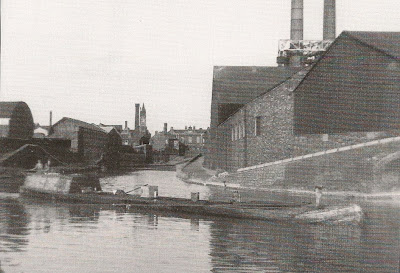 The above photo was taken just before the area was razed to make way for the M5, which was built directly over the line of the canal. Only the angle of junction junction remains, just north of Stewards Aqueduct.

How the area looks today...

My contemporary photo isn't of the exact location, but rather of the underside of the M5 a few hundred yards to the west, near the entrance to the Titford Arm, not that it matters - the bottom of one bit of the M5 looks very much like another.

I am not sure that I like this sort of progress. Never mind, the M5 is already crumbling, so I suspect that the old canal will outlast this modern interloper.