Coltishall Common on the River Bure

Coltishall Common on the River Bure

For many boaters Coltishall Common represents the head of navigation on the River Bure, somewhere to tie up by an area of open grassland and sample the delights of the Kings Head or the Rising Sun pubs, or maybe both. In actual fact you can navigate up to Coltishall Lock, but shallow water and limited width puts off most boaters. 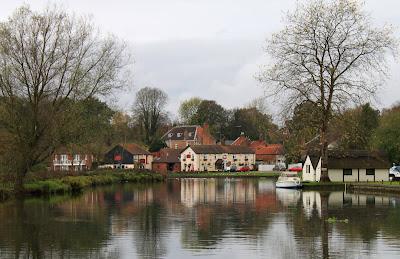 For me the place holds fond memories of long evenings fishing, a starting place for extensive canoe trips and also as the launching site of the sailing boat I built when I was 18.

Whilst the outline of the common has changed little in 40 years, the place has been all spruced up with the irregular riverbanks piled and edged in wood. The boathouse half way along is, or was, owned by one of the Cambridge Colleges and this has been renewed, but the overall atmosphere has changed little. Perhaps the greatest loss is the infilling of the sandy beach at the southern end where children paddled in the summer months, in between playing chase on the grass and licking ice creams from the ever present ice cream van. 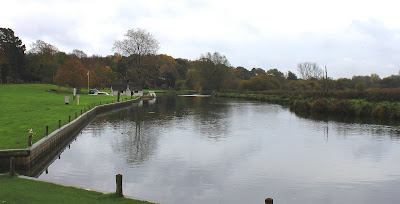 Possibly the biggest change is the dramatic reduction in the number of boats that moor here. Back in the 1970's it was heaving, with big pale blue plastic Bermuda cruisers (yuk) tied up three abreast, churning up a veritable storm and they thrashed their way up and down the river. Good fun for a teenager in a canoe, and good news for the local shop which delivered groceries to order,  but not so good for the riverbanks. 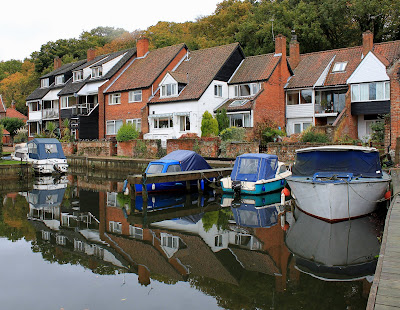 There is a lot of history in the area including Allen's boatyard a few hundred yards down Anchor Street. This was home to a veritable wherry construction factory from the mid 1800's, which continued as a hire boat base till 1974 when it closed it's doors and much was torn down to make way for the housing you see today. The abandoned pool was home to some great fish, but was presided over by a vigilent caretaker who shoo'd me off on many occasions. There was a row of cottages at the northern end of the common, standing beside the stream on what is now the pub car park. These were damp and poky little places and I remember that occupants were very pleased to be rehoused in brand new council housing in the late 1960's.

There was also Coltishall Granaries, an old maltings set just back from the common a bit further up the stream, but more of that in a future post. 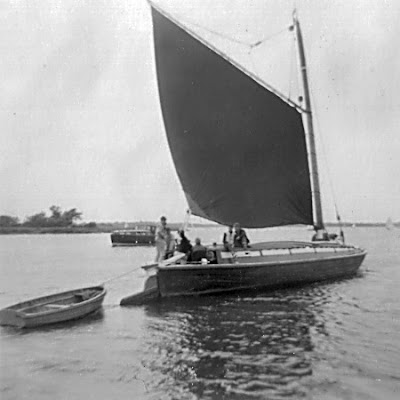 When I visited the common recently I found that it had reverted to it's normal wintertime comatose state, with broad vistas of water and sky showing the place at its best.

How wonderful to hear that there's someone out there who remembers the Bure at Coltishall as it used to be in the good old days! My mother spent about 65 years in the village and my father was the manager of the granary back in the 1950s/1960s. I've lived in and around the area for 50 years.

Jackie
You know more about me than you may think! There was a boy that lived next noor and his grandad used to employ your dad.........
How's Gillian?
Small world eh?
Andy T