Old Ariel Photos of the River Bure at Coltishall

During a recent visit to Ahab Mansions I came across my CSE (remember them?) geography project, which was mouldering in a graden shed, probably placed there due to the extensive quantities of mud in packets which formed the backbone of a soil study I had conducted. As I recall, my classmates wanted to know "how come you got top marks for submitting a barrow load of old s**t?" 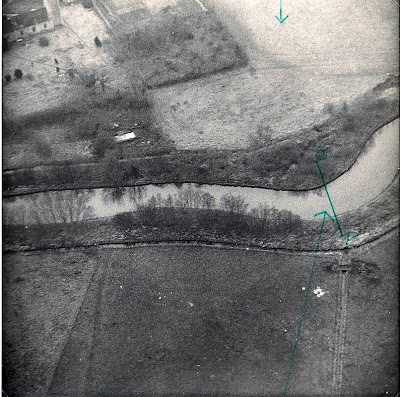 I have always felt a little but uneasy about this geography project, if the truth be told. The thing is that my sister did a very similar project for her geography "A level" at North Walsham High School a few years earlier, and I was so taken by the ariel photos she used I sort of.... well.... copied it a bit. 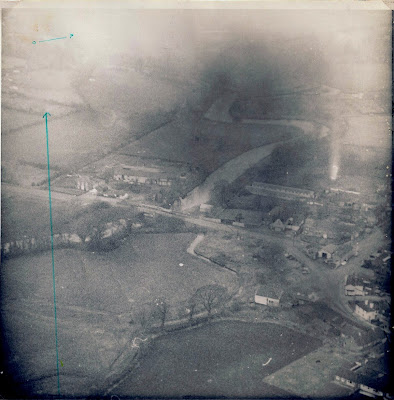 With the benefit of 32 years of hindsight it's the photos that interest me more than the 'inspiration' my sister gave me (plagarism is such a dirty word). I don't know how she did it, but she persuaded the guys in the air sea rescue helecopter at RAF Coltishall to run off a series of arial images from Horstead Mill up to Mayton Bridges as part of a reconnisance training mission, and to give her the end results. 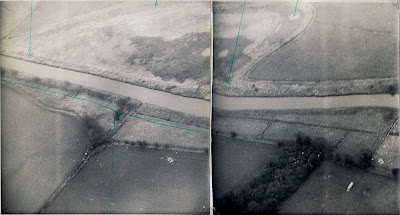 Panorama of man made cut south of Mayton Bridge 1967

I thought you might like to take a look at theses old black and white images which were taken in the winter of 1967. I guarantee that they are unique and are not to be found anywhere else.

For those of you that have lived in Coltishall since the 1960's, you will particulartly like the shot which includes the old Central Garage which used to occupy the site of what is now the Coltishall Island Filling Station.

What are those strange green lines I hear you cry? Well, they pointed out things of particular interest and specifically they marked the exact locations of the river channel profiles she / we undertook. You see, my interest in things watery goes way back and my habit of undertaking superficial research is nothing new.

Email ThisBlogThis!Share to TwitterShare to FacebookShare to Pinterest
Labels: Bure

Thanks halfie - "drew from" is much more accurate. After all, she didnt go all the way up to Buxton, nor did she develop the soil survey theme. Yes, I certainly used is as a basis from which to start....
Lets hope that Mrs Kent, my Geography teacher doesn't read my blog.