A trip to see the Wyrley Bank Branch Canal, or indeed the older Essington Branch wouldn't be complete without a look at Sneyd Reservoir. Whilst you wouldn't think it from ground level, this canal is one of the highest on the system at 507 feet, and the higher you go the more problematic the water supplies become. 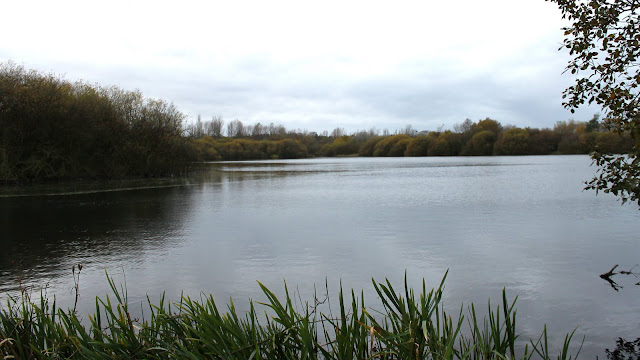 Sneyd Reservoir at its much reduced depth


The four miles of canal above Sneyd Locks is on a single level and therefore can be fed at any point. It therefore made sense to build the holding reservoir close to the start, allowing the canal to be used to access as many mines as possible in it's initial phase of construction. 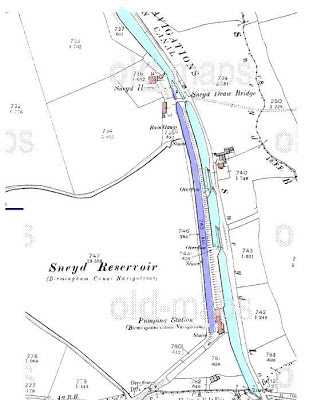 The end result it a huge earth walled enclosure immediately to the west of the locks. The reservoir was built in 1795 and was a good 30 to 40 feet deep, lifting the surface level to above the height of the top lock. When I visited the site and looked down into the residual pool at the bottom, I was struck by it's depth when full, and again as I circled round it,  found the height of its banks impressive. I couldn't help thinking about the huge weight of water the banks held back, and what would have happened if they had breached. I therefore wasn't too surprised when I read an item in a local history site which described a day in 1798 when it failed catastrophically, spilling it's contents  and "sweeping all before it as it ran through Shenstone, Hopwas and Drayton before it spilled into the River Tame at Tamworth". It's not hard to imagine this level of devastation when you  look at the size of the reservoir. 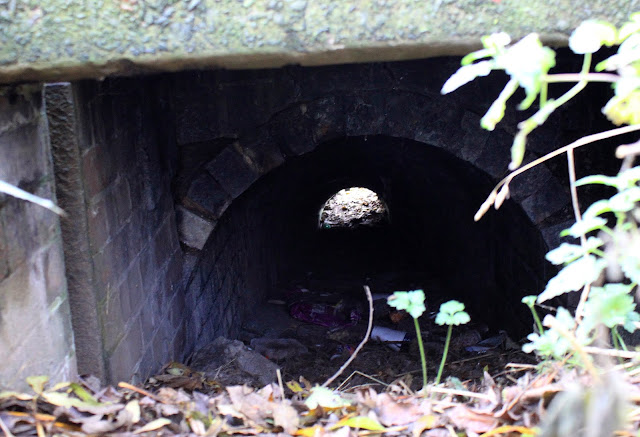 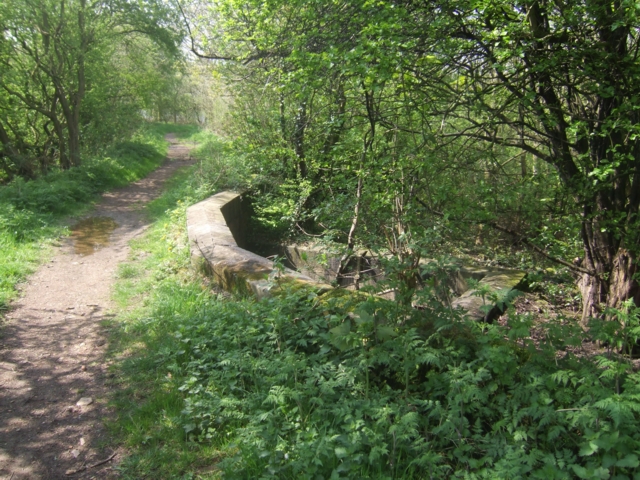 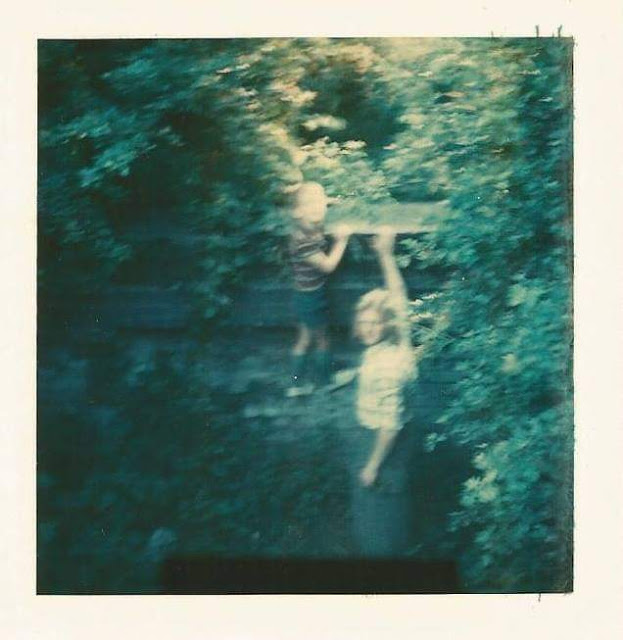 On a slightly less dramatic note, the reservoir contains some curious watercourses along its eastern flank. There is a normal sort of overflow spilling out into the line of the canal above the locks, but there is also a channel which leads to an angled brick lined tunnel which dives down through the embankment, and is presumably the entry point for new water supplies. However, given the scarcity of groundwater in the area I am not sure where it all came from. I am speculating that there may have been some form of pumping mechanism which lifted water from the Wolverhampton Level up and into the reservoir. Given the many mines in the area it is plausible that the water pumped from the mines below was pushed up into the resrvoir. 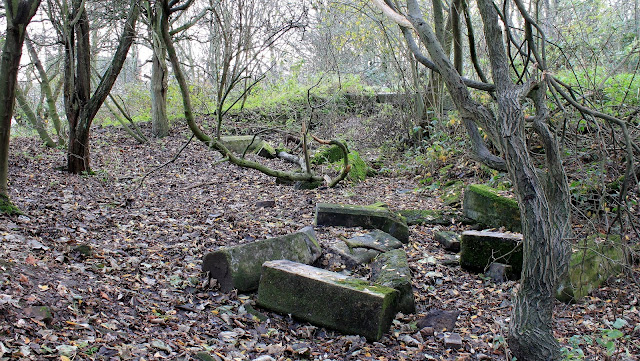 Today the giant earthworks stand gaunt and empty, like an iron age earthworks with just a shallow pond in the middle fed by rainwater. That's not to say it isn't picturesque, and it is certainly a popular fishing spot for the local anglers.

Following the release of my Canal Hunter video of this area I have been sent the following four photos of the remains of the Sneyd Pumping Station. Sadly, the name of the photographer is unknown but I extend my thanks to whoever took them. 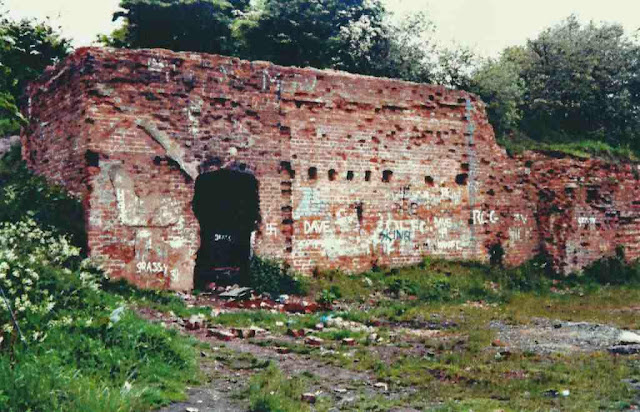 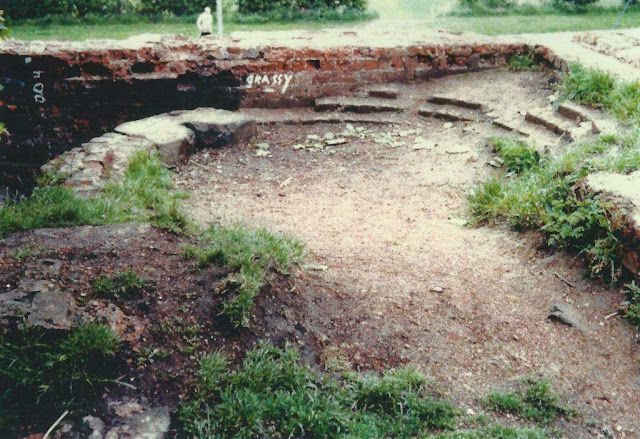 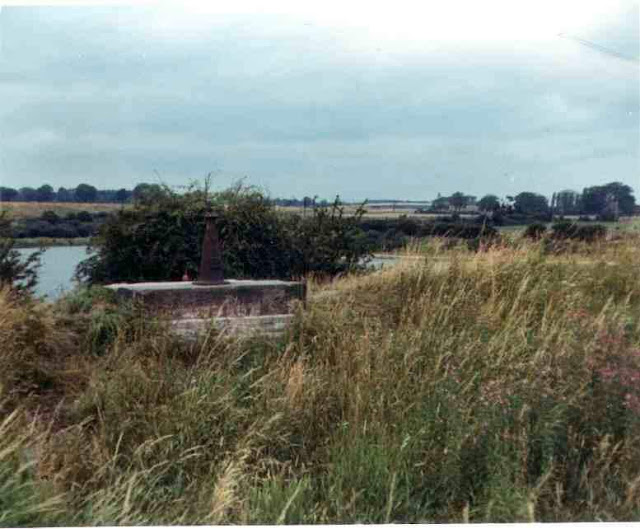 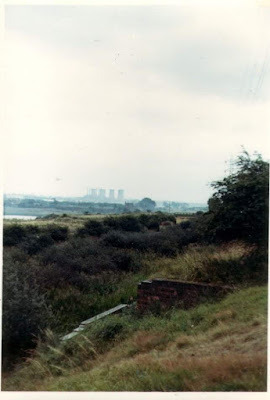 Thats The Birchills power station in the distance

With reference to the pic 'water inlet shaft' I just wanted to possibly help a little. I live local to Vernon Way and as a child the reservoir was a popular area of play and pastime.

Certain small landmarks around the reservoir come to mind - the overflow structure (we used to call it the lions den), back then in the mid 80's I remember it being full of empty drinks cans.

The water inlet shaft (we used to crawl through from one end to the other) - now interestingly enough on the bank leading up from the Vernon Way road to that inlet shaft at the top of the bank there used to be the remains of an old building set into the bank itself. It was red brick, with one or two large archways (we called it the castle). Would that be some kind of pumping station?

I always wondered what that derelict building was too. I used to play there in the mid 70's, before Vernon Way was built and the canal was still intact (but long disused and overgrown) along with the locks ( I think there may have been two of them)that would have been close to where the Sneyd pub is now.
Back then Vernon Way was just a towpath/dirt track that would have continued across Sneyd Lane and into Sneyd basin Which I also seem to recollect as being derelict and full of half sunken barges and boats.
Following the canal toward Essington, (near where the last electrcity pylon changes direction)there was once a solitary and dodgy looking brick built bridge with iron railings that I presume gave access over the canal at the time...(there used to be a wood I used to play in and you had to cross the bridge to get to it) Both the bridge and the wood were removed when the open cast mining began in that area.
As for that red brick building, it was interesting because it was square in shape and appeared to be built into the side of the bank. There were no windows and no visible sign of entrance at the bottom. Climbing to the top of the bank revealed a circular type arrangemment of brickwork as a parapet which alway put me in mind of an old gun emplacement.

, at last, somebody who shares the same memories! Having looked at some old OS maps of the area there was definitely a Pumping Station in the location of that red brick structure.

I have visited Walsall History Centre to attempt to find photographs, but sadly I came away empty handed.

One book did suggest that there were also Brick Kilns in the area, so my thoughts were that the structure was either a Pumping Station or Brick Kilns.

It is more likely to be some kind of Water Pumping structure as there is still the remnants of the inlet shaft which is pictured on this website at the top of the embankment which leads down to the edge of the reservoir.

I would really like to see some photos from the 1950's through to the 1980's (when I remember it) of Vernon Way, the Reservoir and the Locks, it's just so frustrating that none exist in the public domain.

Here is a link to a similar red brick structure which is a Brick Kiln. (Somebody must be able to confirm what the srtucture actually was?).

I walked up the locks in about 1972 and have photos of the route. I do not remember the pumping house however I do remember the missing three locks; gateless with sound chambers and two with side ponds and circular overlow weirs (similar to lock 5 on the Walsall flight). All were in good condition although overgrown and muddy.

I am not entirely sure that the structure I am referring to was the pump house although historic maps do suggest there being one. I am more convinced that it may have been a brick kiln (Sneyd brick kilns are mentioned in a canal book I read at the local history centre) and was used for the construction of bridges and locks on the branch.

Would it be possible to post your photos taken in 1972? I would be very much interested in seeing those.

That sounds very interesting, would you be able to post copies of your photos, I would very much like to see those.

Just dropping by again, would it be possible for the 'Anonymous' user to post the photographs?

And a little more local knowledge from David Walters:

I have great memories of the disused locks and reservoir land marks. I was a little too young to remember all of the locks but do vaguely remember seeing them with my Dad on a walk over there once the build of Sneyd Community School had commenced and the open cast mining.

The pump house was all but a wall in the 70's, very run down and not really what you could class as a building as such. It had one arched door like structure and several small holes in the brickwork. I've got two images of it and will send them when i find them.

I was informed that it was originally a two storey structure in its original state and the pump engine and workings were removed for melting down for metal during the war.

The top of the structure had a round brickwork element which I'd imagine may have been some kind of chimney stack in its day.

Now...the Lion's Den is the filled in structure on the South part of the reservoir (not by the pump house). This was much bigger and deeper than you can see on your video. This also had a tunnel which could be crawled down. This lead back to a channel that ran into the canal.

The tunnel you see at the top of what was the pulp house is a sluice tunnel. There were quite a few sluices around the reservoir.

The feeder channel runs at the top of the embankment - seemed to run directly from the pump house.

I have just come across these postS referring to the Sneyd reservoir, this is an old haunt for me spending many hours in the sixties with friends going through the Lions den and other water passages, we used to have a swing on the electric pylon, very popular in its day, does anybody remember the sand that was bought here and made to be like a beach in those days, it was on the side where you now park your car to walk around, good days they were. I remember the old house as we called it then, it was by what we called the stream that we crossed to get to it, I saw the chimney place in one of the photos posted, bought back memories of me standing in there, good days back then

Hi Capt
Re the last 4 images - the first two of the brickwork where the pumphouse stood were taken by Kathryn Evans.
The last two taken by the late John Whitehouse