There is little left of the Portway Branch Canal, which extended off the northern pool at Titford, striking off at the 511ft contour for a mile or so, heading in the direction of the hills of Cradley Heath. The arm served a number of mines in the area, together with the Birchley Rolling Mills, its last commercial customer. 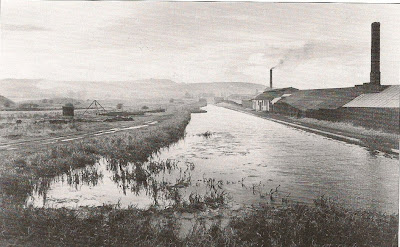 I would love to be able to recreate this image of the moody Portway Branch, taken in 1945, but the intervening 60 years have not been kind to the line. 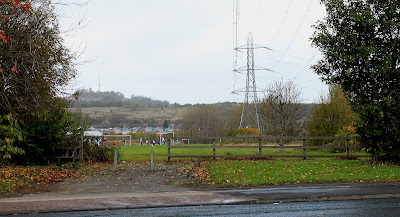 You can trace the reed filled line of the canal for a couple of hundred yards as it leaves Titford Pool, till it is abrupty terminated by a modern road. Beyond this the area has become a huge recreation ground, complete with about half a dozen football pitches. Undeterred by this setback, I followed the line of the electricity pylons, noting a shallow depression in the grass which led directly to a line of trees growing in the dry bed. 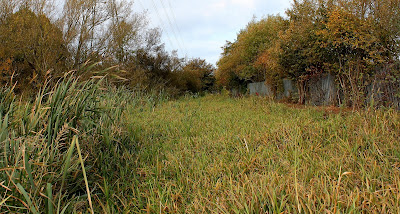 The waterway terminated in a Y shaped basin and this is still clearly visible, if you know what you re looking for.

To the tree lined end

Sadly, there are no structures left, and even the view has been obscured by trees. However, the shape of the hills which form the backdrop form an unchanging point of reference.